I woke up early this morning, ready to be done with this place. Mirror Lake, the notional—if not actual—beginning of the Alpine Lakes Wilderness was only twenty miles away, and I figured that, if I went quickly, I could be there by the early afternoon, swimming in the cool waters of a tree-lined pond. It sounded like paradise.

But first there was a steep climb away from Tacoma Pass, toward Sheets Pass and Bearbaw Butte. The huckleberries were frosty by ripe, and I stopped often to snack, looking back toward Rainier, now seeming very far away. 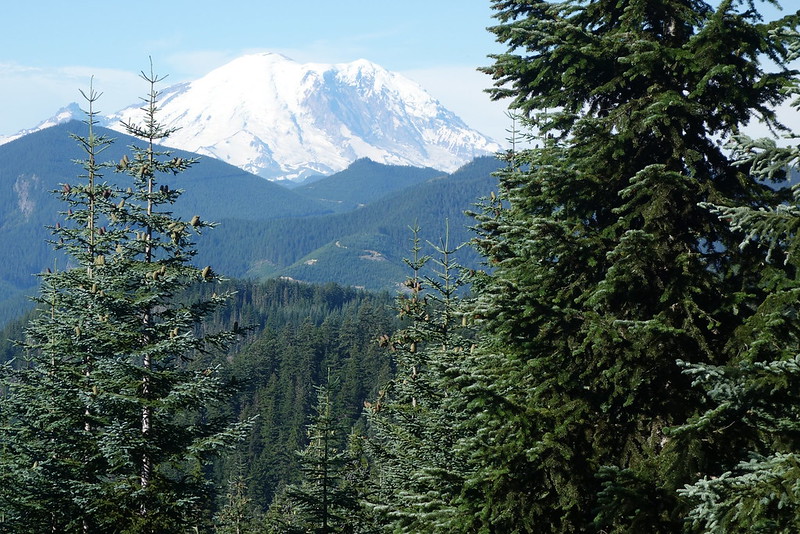 My maps show several streams in the first few miles north of Tacoma Pass, but they’re all dry now, and it was nearly nine miles of patchy forest and powerline cuts before I reached the first water, a trickling spring just south of Stampede Pass. The flow was so slight that I had to use a leaf to funnel water into my bottles, but eventually I had several liters, and even enough to make some breakfast and a cup of coffee. I felt strangely resplendent and a little feral, sitting on the side of the trail listening to the distant hum of electricity. 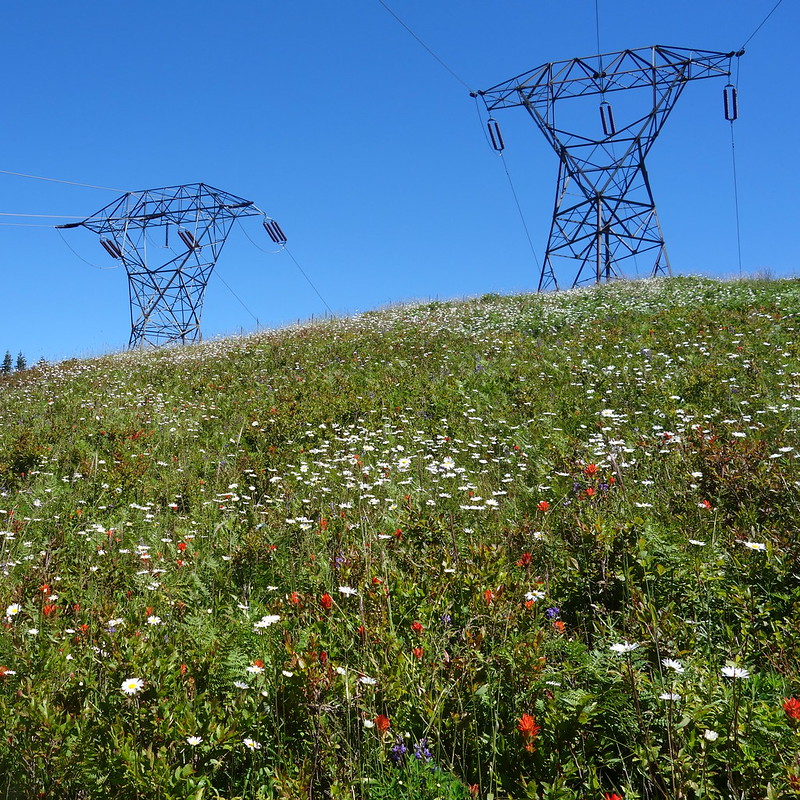 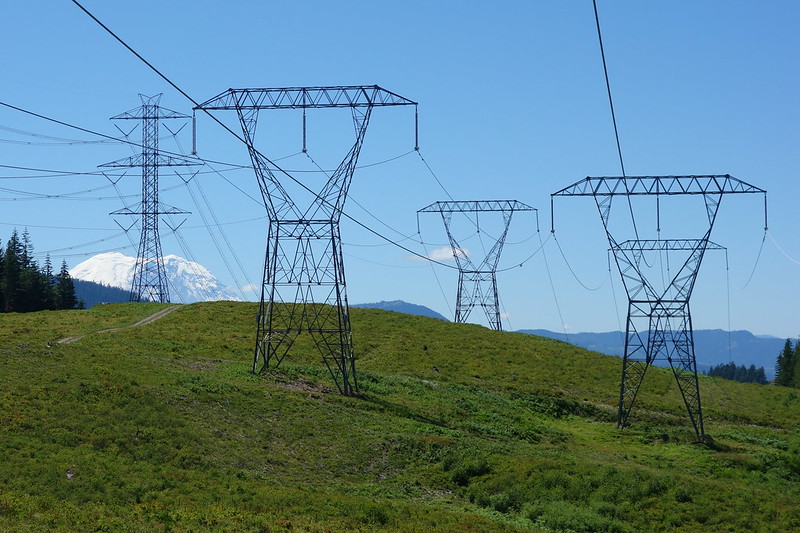 Since breakfast, the day has passed quickly, as the trail and I have wandered across countless roads, barren slopes, and occasional oases of untouched trees. Eventually we crossed Yakima Pass and Twilight Lake, climbed up a small granite slow, and were here: Mirror Lake, in its massive under Tinkham Peak. I set up camp around five in a developed site on the lake’s far side, and jumped in the water wearing all my clothes. It was bracingly cold, but the afternoon was hot, and I happily swam out toward the middle, looking up at the wooded, granite-lined shores. 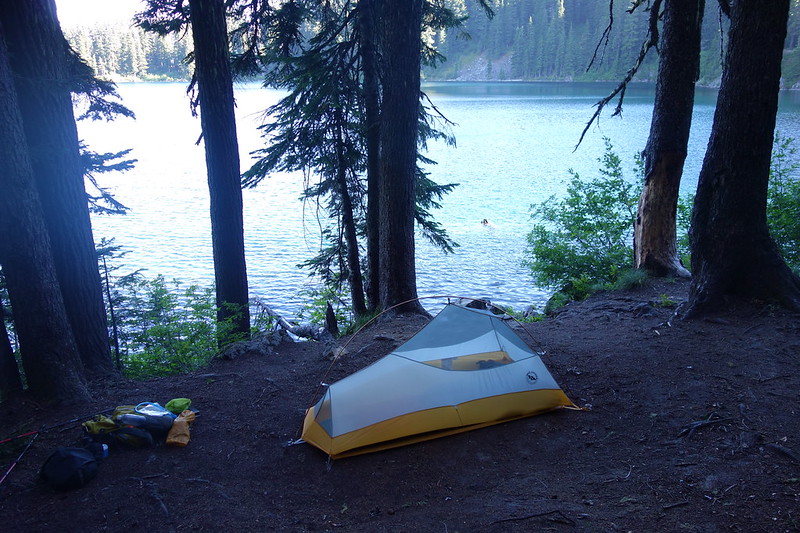 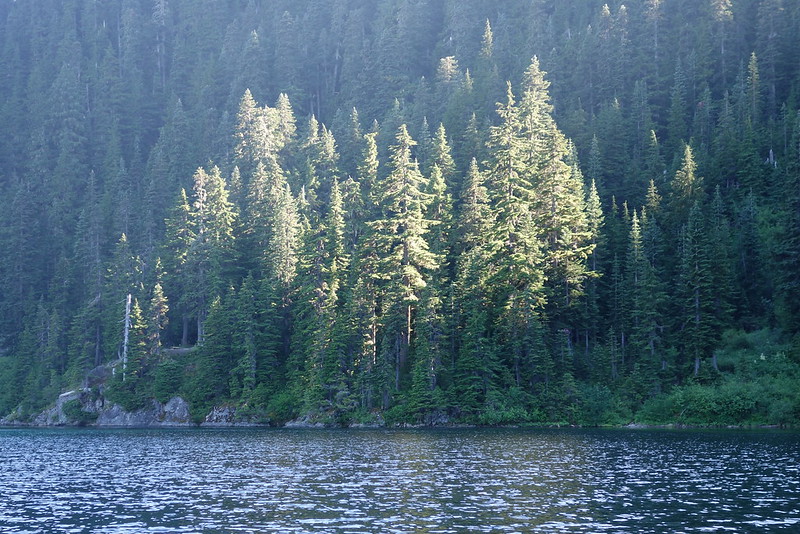 As I was falling asleep just now, after a large, long dinner at the water’s edge, I heard a strange plunking sound from the lake. Looking out, there are fish jumping for flies in the moonlight. It’s so bright that the trees are casting shadows on the water, which play in the slight waves. For the first time since leaving Norse Peak, it feels right to be here.