Krista and I slept in well past our alarms, knowing that getting up meant saying goodbye. Goodbye for nearly a month, but it felt like longer. It felt like forever. And it felt like we were heading toward something permanent as I drove us out to Panther Creek, counting down the miles, taking things too slowly, not at all ready to go.

The PCT crosses Panther Creek Road so inconspicuously that at first we drove right by it. But eventually we did find it, and said a hurried goodbye: we’d promised beforehand not to linger, as that would probably just make things worse. So I trundled down the trail to the Panther Creek crossing, everything in my bag triple checked but still feeling totally unprepared. 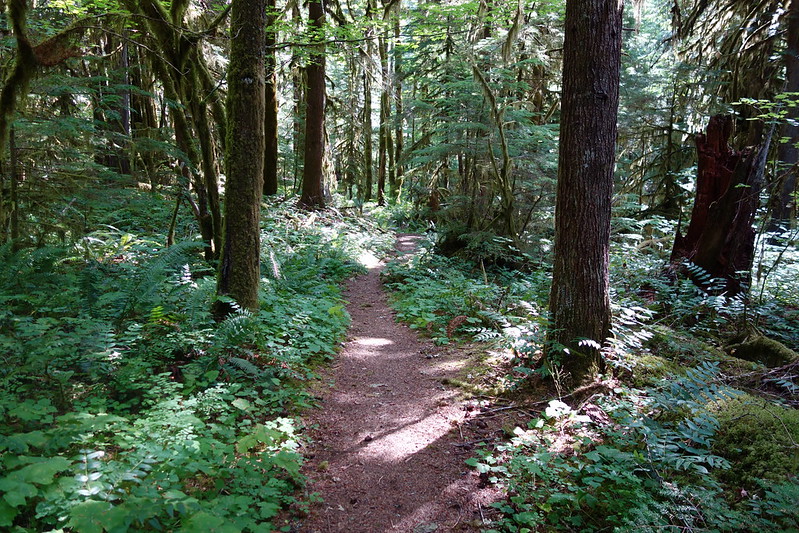 Krista and I have always hiked together, and it just feels weird to be alone, essentially for the first time. It felt wrong climbing up the gentle switchbacks this morning up Big Huckleberry Mountain. I kept thinking about how, for me, so much of the joy of being out is ultimately about being with people I love: Krista, my dad, my friends.

As the trail climbed, views opened to the south, at Mt. Defiance and friends, the gorge, a bashful Mt. Hood behind a wash of clouds. The home team. Near the top of Big Huckleberry I stood for a while and stared, thinking of familiar trails. Maybe I should just turn around. 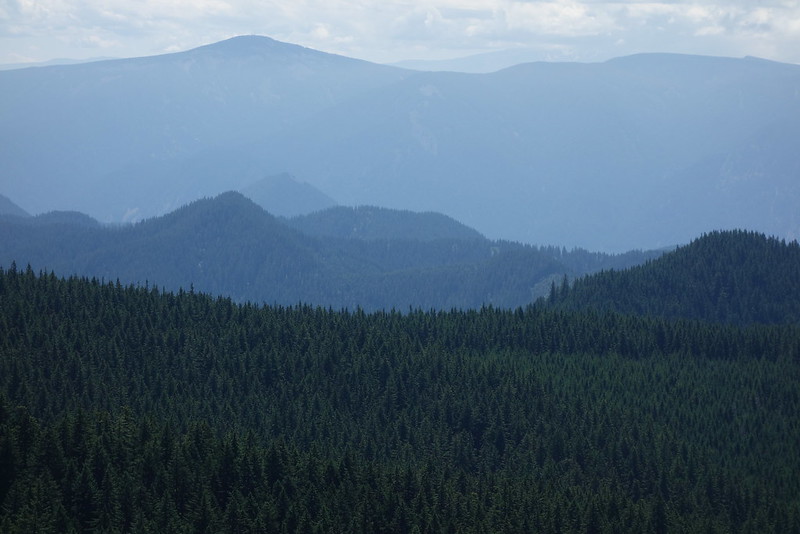 There were meadows on top, full of fragrant flowers, damp from showers last night but warmed by the today’s cautious sun. The podcast I was listening to ended and for some reason I started crying—I guess something to do with the end of familiar things. 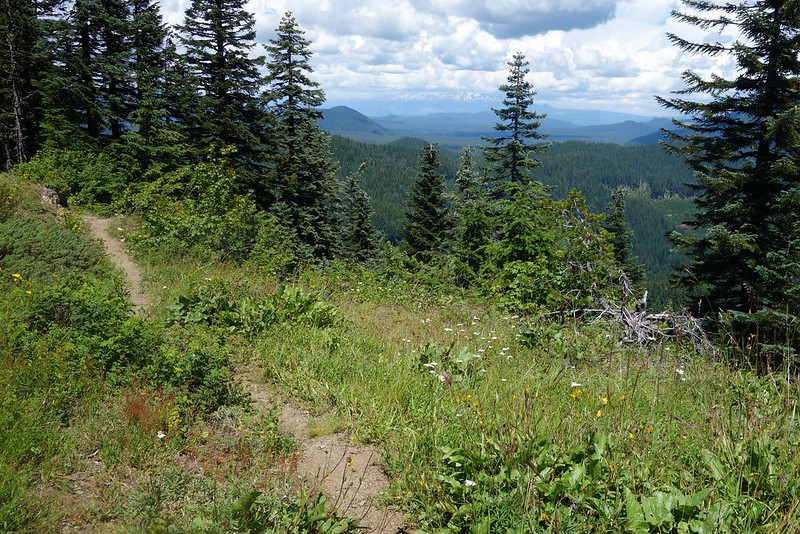 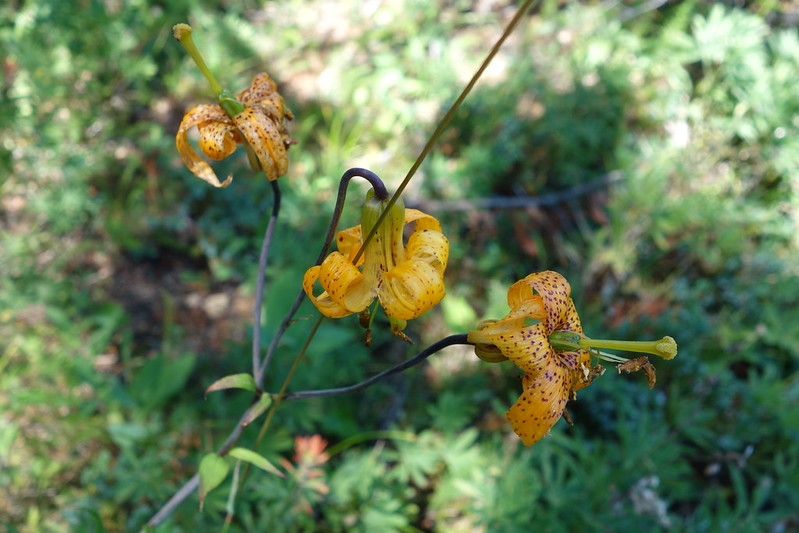 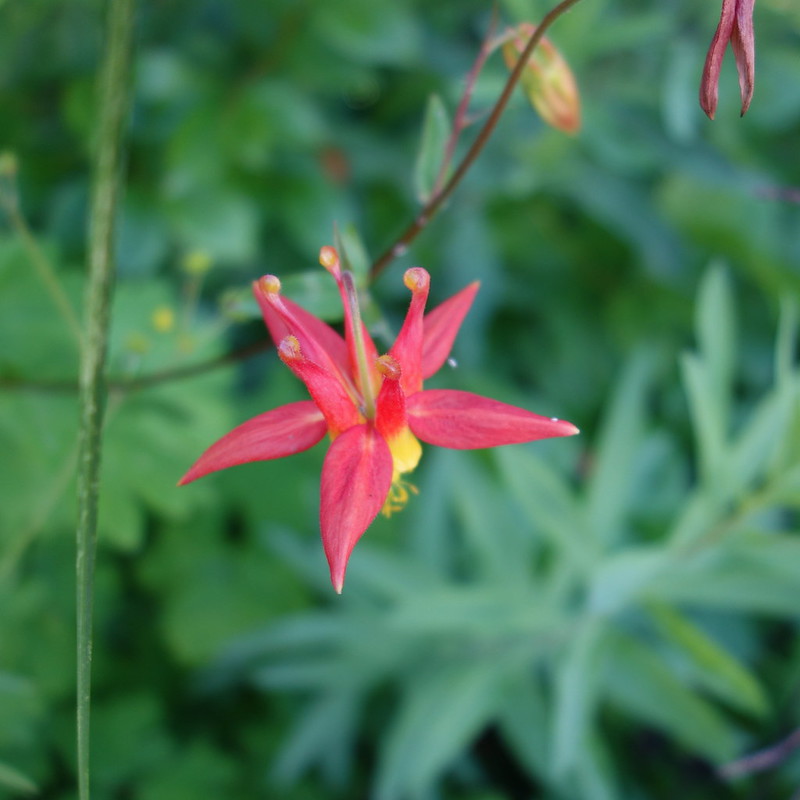 From Big Huckleberry, the trail descended through open forest past a few saddles down to the tip of Big Lava Bed, where I’m sitting now: at a piped spring at the base of Summit 4170, the only reliable water between Panther Creek and Indian Heaven. I filtered a few liters when I first got here, made a hot lunch—freeze dried curry, like we brought on the JMT—and started to write. Writing feels good: somehow less lonely, like I’m talking to someone. I keep whispering the words just before I write them down. 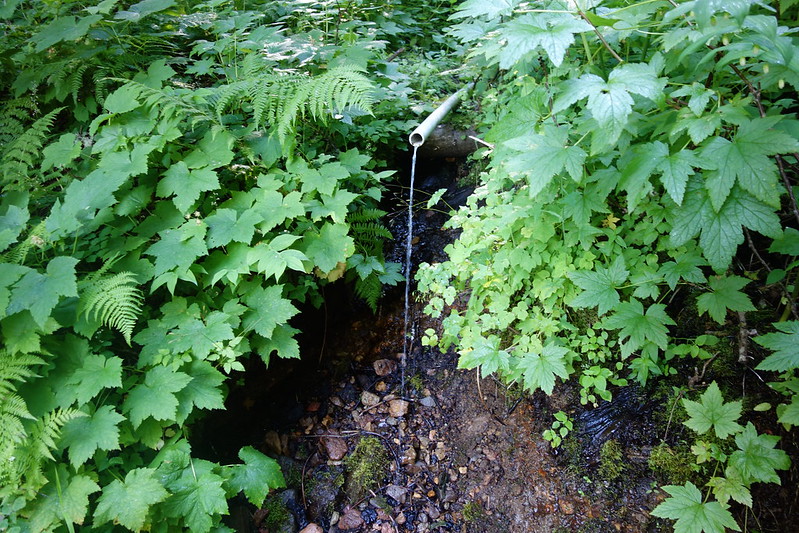 Well, I’d been meaning to make it to Blue Lake today, and fell just a mile or so short, but oh well. I’ve got enough water for tonight, and twenty or whatever miles isn’t so bad for Day 1.

From the spring, the trail got dusty and horsey as it traced the sunny west side of Big Lava Flow. Then to a broad Forest Service Road and the Crest Horse Campground—more an unceremonious collection of picnic tables—which marks a southern entrance to Indian Heaven. From the road, the trail climbed gently northward, through open forest, blooming meadows, and small mosquito ponds, one of which has somewhat ambitiously been named “Sheep Lake.” One wonders how they distinguish between ponds and lakes. It seems like who gets to be a lake and who has to remain an unnamed pond is one of those things in life left to the arbitrary whims of history. Maybe some nineteenth century cartographer was in an expansive mood… 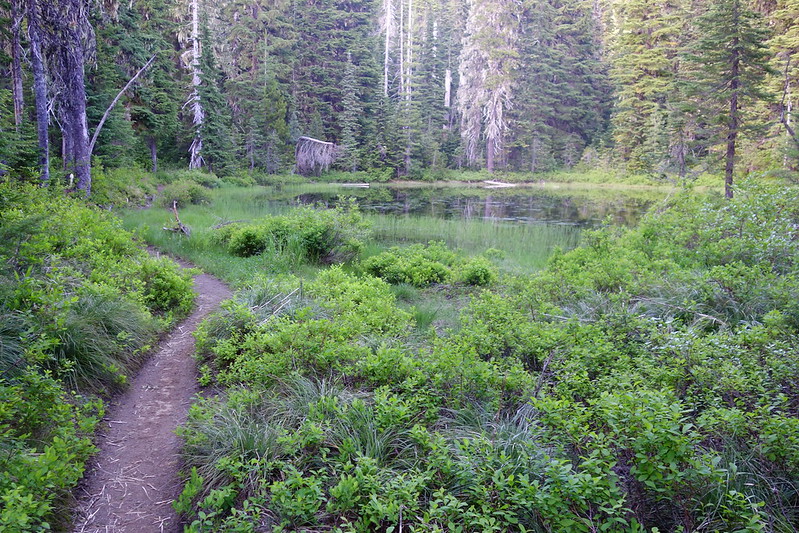 After passing Green Lake, a similarly unremarkable pond, the trail began to climb through open fields of flowers up the southern flank of Berry Mountain. It really was beautiful, if also very very buggy. But deet helped, and from near the top, I could just make out Adams and Hood, out to wish me a good night. 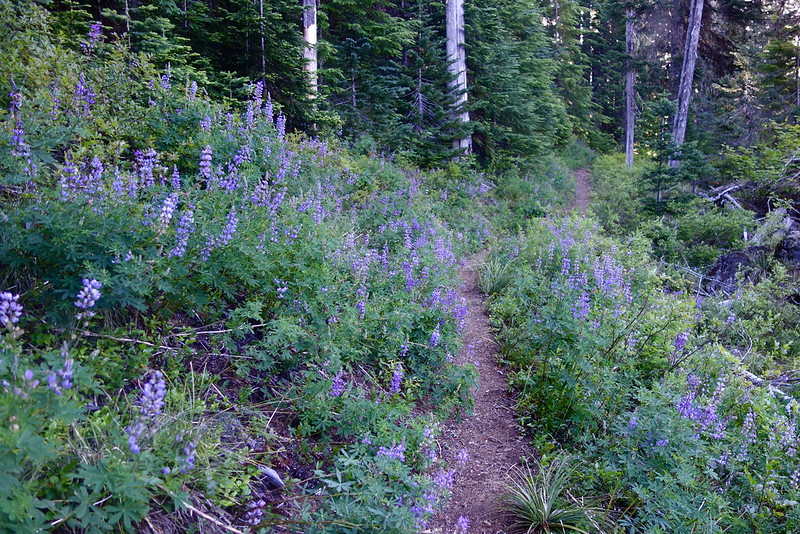 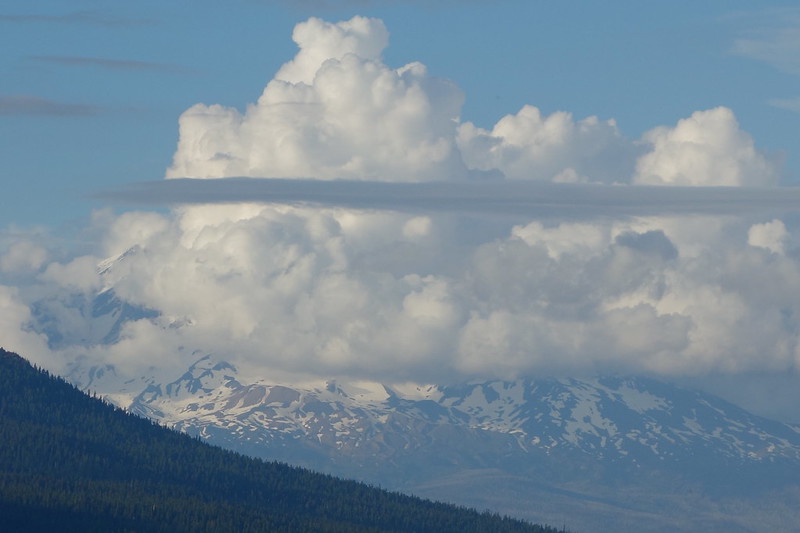 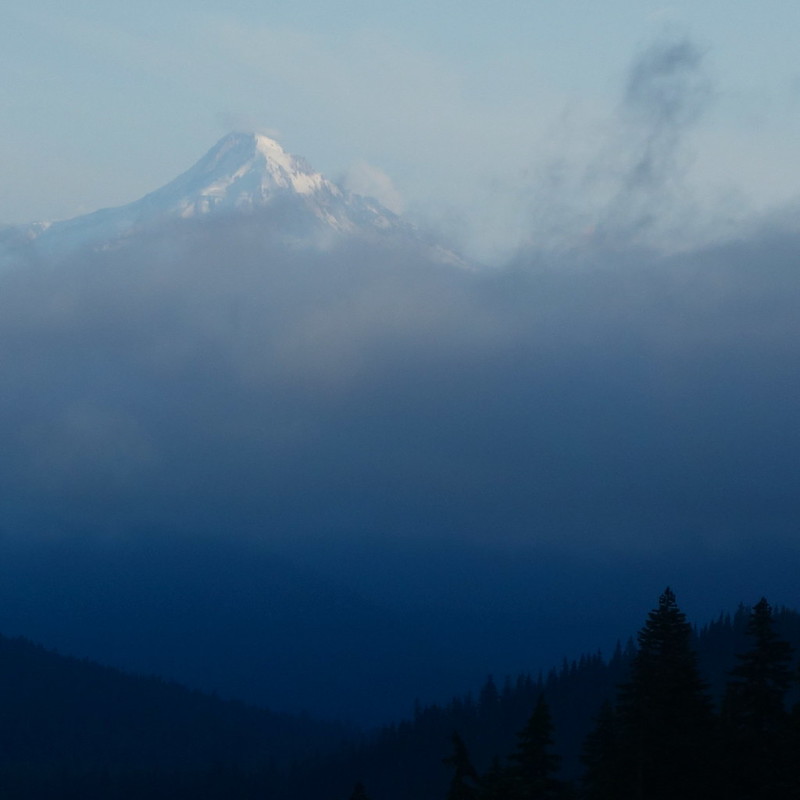 So now I’m here, on a broad saddle just southeast of Gifford Peak. It’s not exactly a campsite, but there’s a clearing big enough for my little tent, and a chair-shaped rock, where I just sat watching the sun set on some coming clouds, thinking about what it’s going to be like to have twenty-five more days like today. And thinking of home.