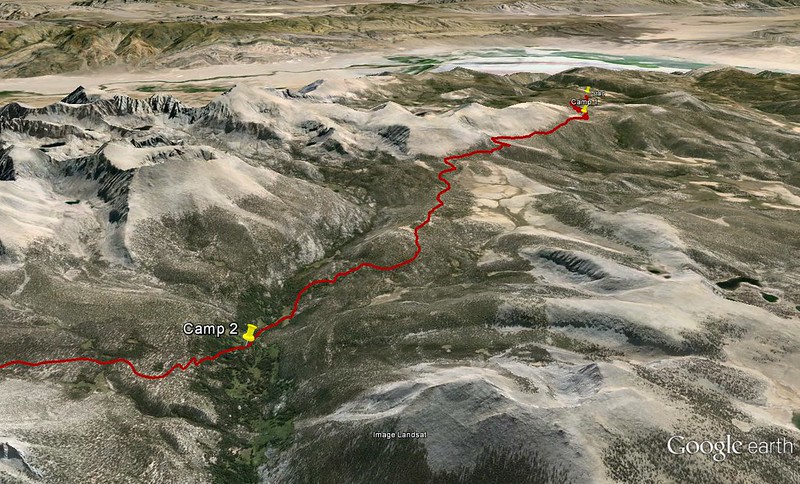 We sleep in without having planned to. After staying up half the night listening to my own breathing, I spend half the morning ignoring my alarm. Krista – maybe feeling generous, maybe feeling as tired as I do – pretends not to hear it either.

When we finally do get up, my breathing and everything feels a little better, but I also feel sort of hungover from the whole thing, and weighed down as we slowly do a few camp chores. We walk to the water and sit on the rocky shore, filtering a few liters each. We make breakfast and coffee and stumble into our hiking clothes.

After we leave the lake, there’ll be a nine mile water carry. We’ve been planning to go a few miles beyond that, but now decide to take the shortest day we can. Nine miles. At home I can walk nine miles before breakfast. But here…

Leaving the lake there are just a few switchbacks, maybe up 300′ total, but they seem to go on forever, like we’re walking through molasses. We stay close, waiting every switchback, just in case one of us has trouble.

It’s strange to walk this way, stopping and starting, unstably trembling with each step. More than anything, it’s humbling. 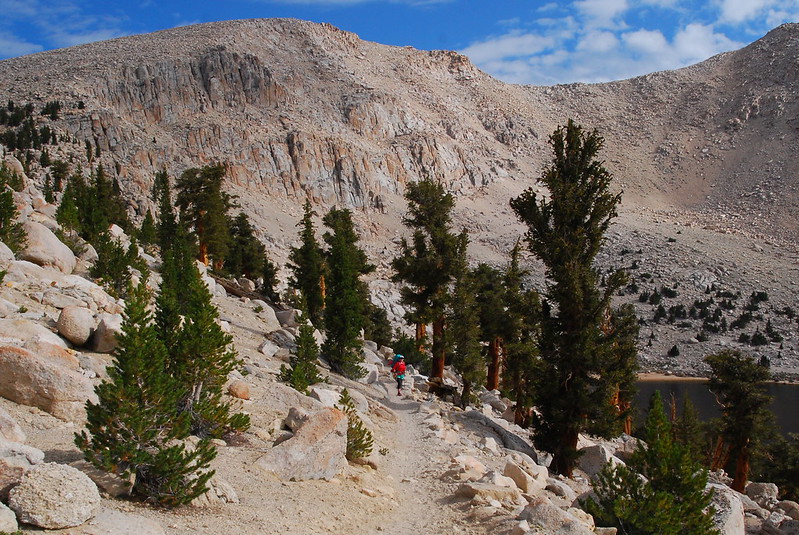 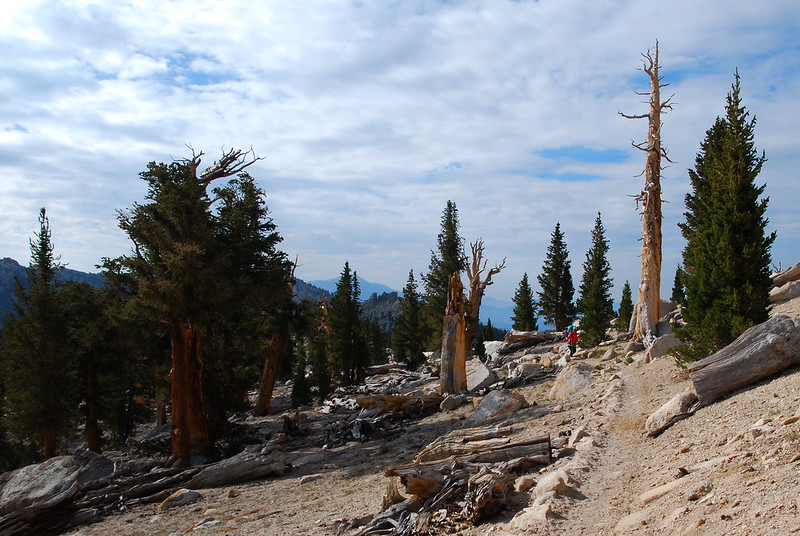 For most of the day, the trail is a broad sandy band through thin forest, winding along the sides of dry canyons. We pass over something called Siberian Outpost – a large meadow of crisscrossing streams that eventually drain into the Kern River. 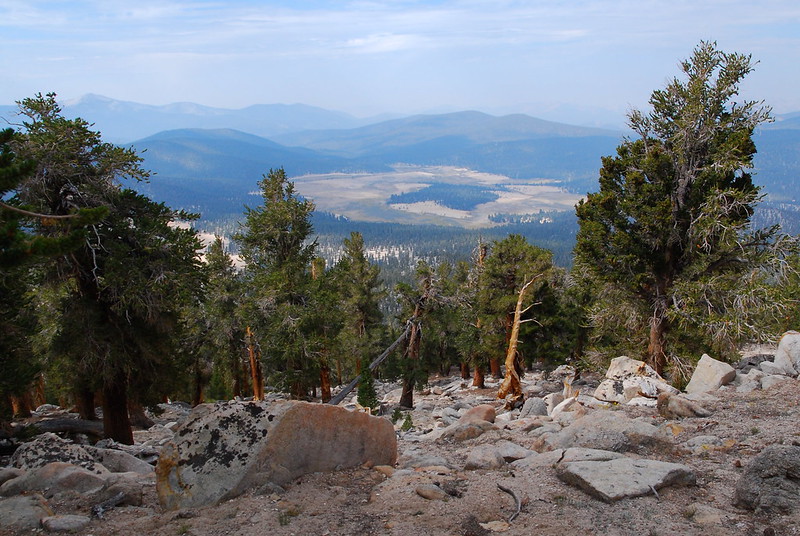 And we pass a thousand of these lovely bare trees. Snags? They seem a million years old and smell like the desert. 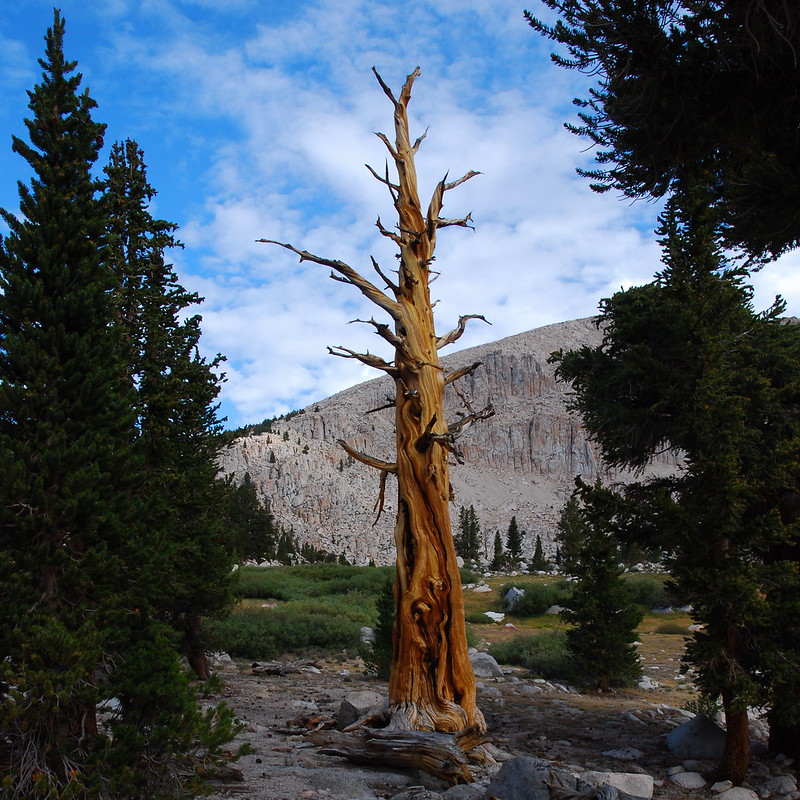 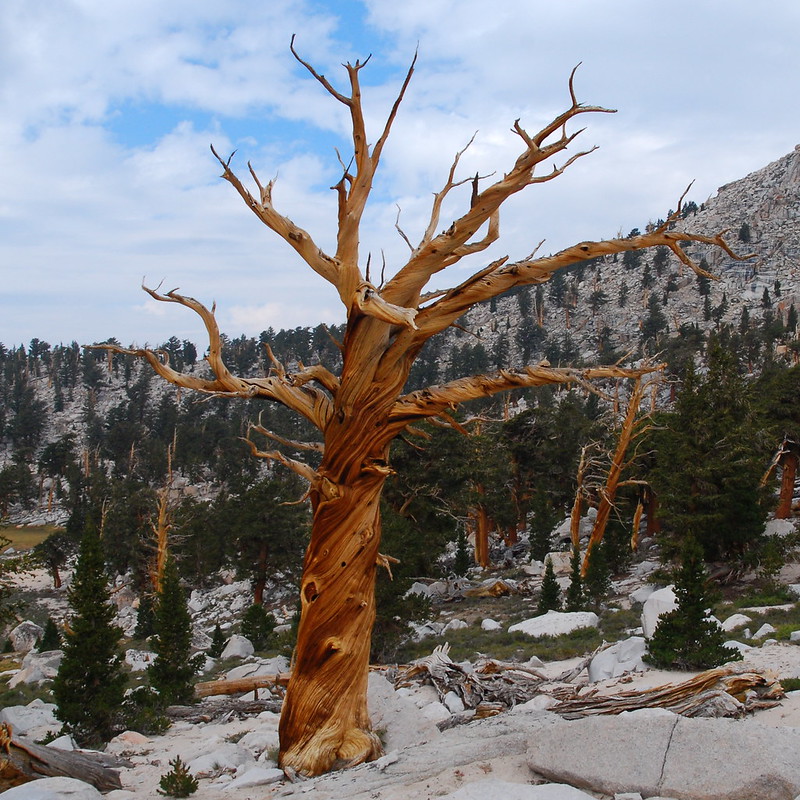 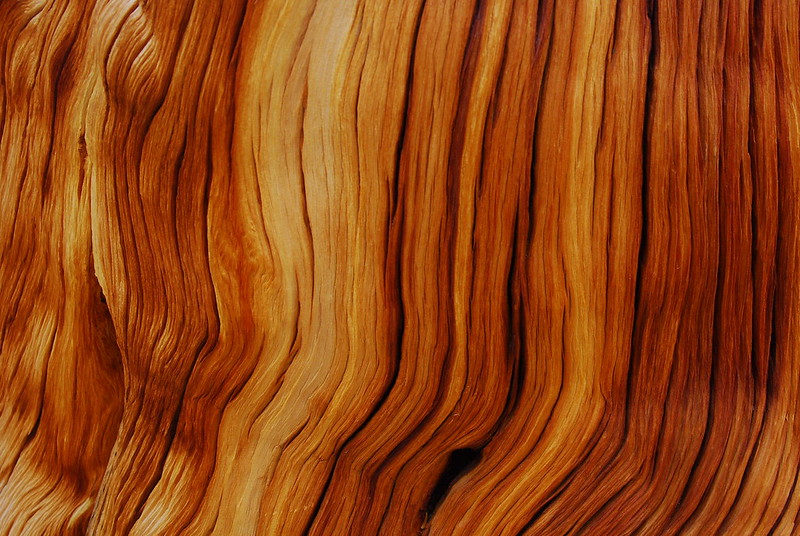 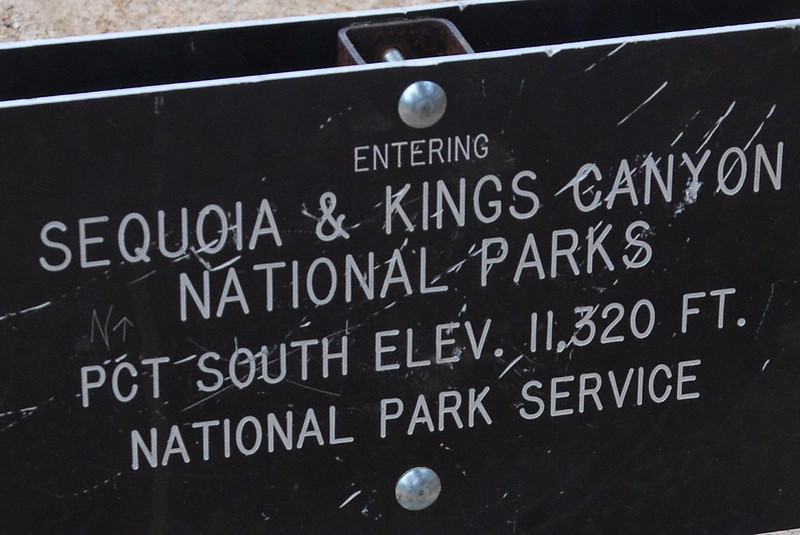 And, after several more sandy miles, we begin descending to Rock Creek. The forest’s so quiet that the rushing water echoes a half mile up the canyon, blending with wind and rustling leaves into a single sheet of pink noise. We stop for a snack and I stand on the steep trail, transfixed by a river we can’t see.

We cross a few trickles of water, then a meadow that stretches as far west as we can see. There’s a ranger station and bear boxes and evidence of campers everywhere, but we’re alone when we arrive, and pick the most out of the way camp possible. 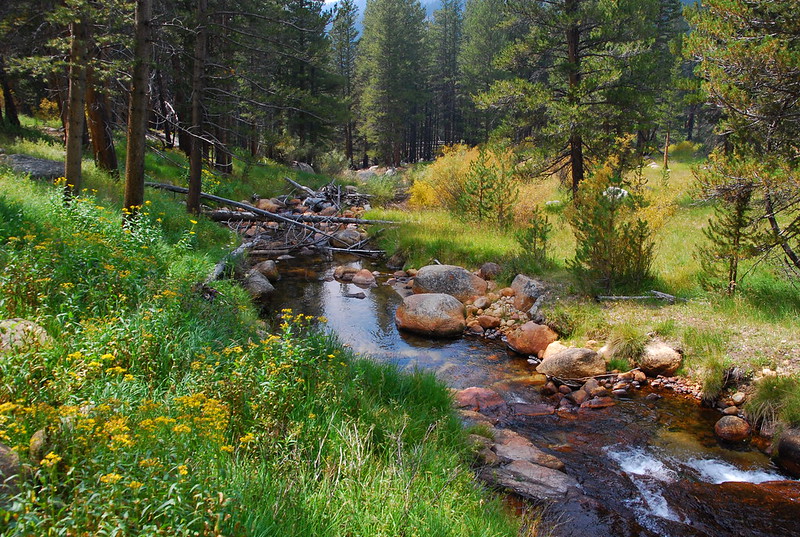 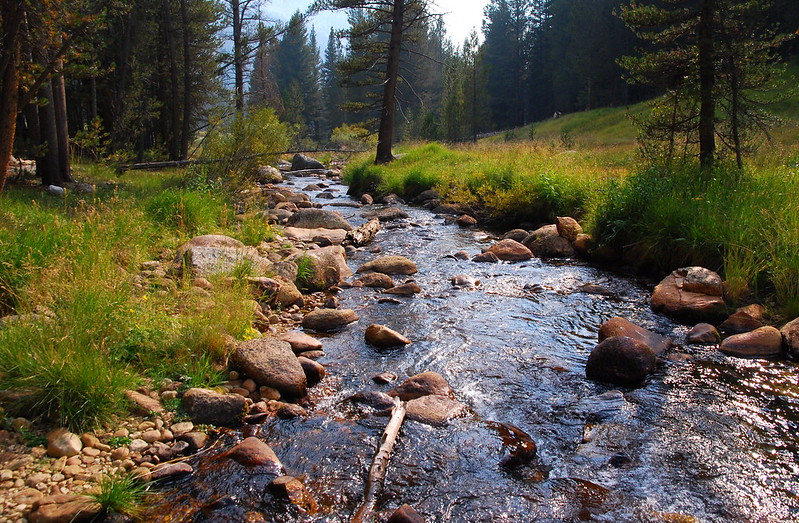 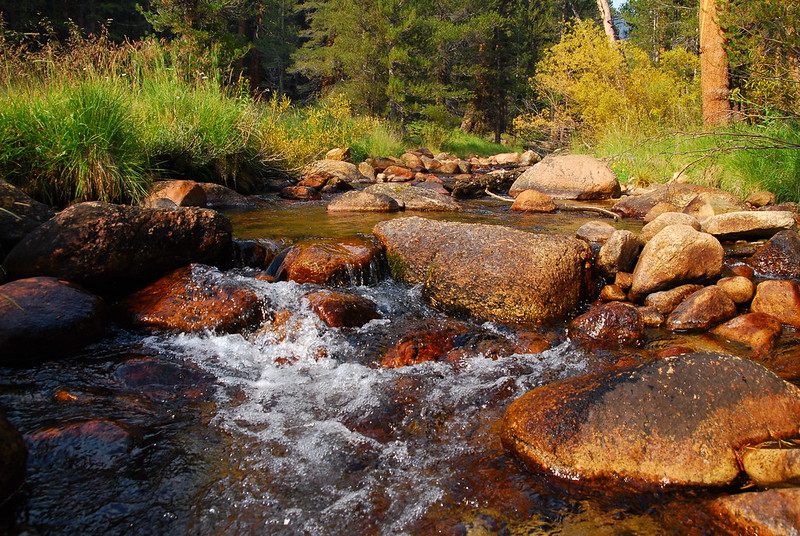 We set up camp and soak our feet and wash our clothes and even take (very!) short baths. It’s amazing, even after just a day, how much water matters – how much of our fates are decided by whether it’s running.

More people come – another father and daughter, some Bros with Big Packs (BBP), a guided tour (!) headed to Whitney – but they’re all far from us, and we spend the afternoon napping in the tent, trying to get ourselves put back together.

In the evening we ramble over to the edge of a nearby meadow to cook and eat. Krista makes us some tea, and it tastes like paradise. Somewhere, deep in our DNA, we remember a time when people like us didn’t always have everything they wanted – when a train would come to town a few times a year, carrying goods from far away, and suddenly everyone would get tea and sugar and fresh flour and all the things they’d been waiting for for weeks.

A family of deer appear on the corner of the meadow, then slowly, casually walk over towards us. Our first deer of the trip! I think we’re a lot more interested in them than they are in us. We’re probably their fiftieth people of the day. 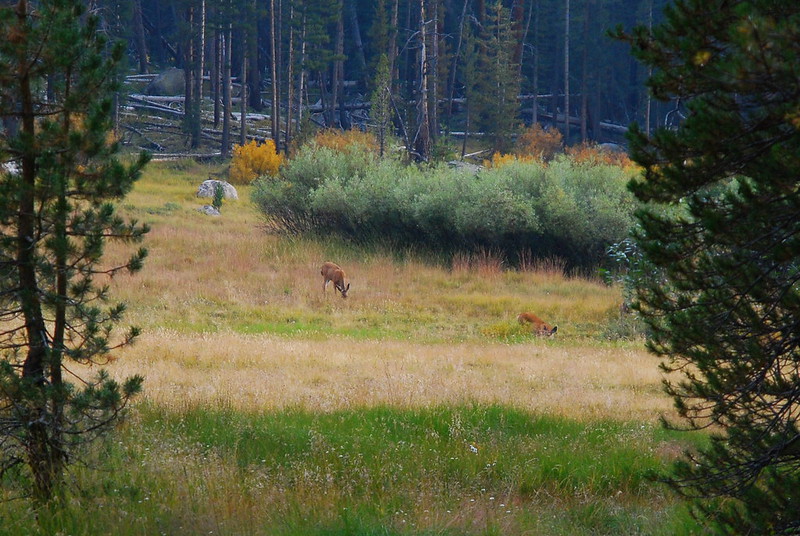 After dinner, we fall asleep as the sun’s last light is still in the sky. I don’t think I’ve done that since I was a kid.