I woke up around four this morning, roused by something scampering through the meadow, and looked out through the netting of my tent to see a sky filled with starts. Gray patches of clouds passed slowly through the periphery, but still! Hope. And I woke for real a couple hours later to shy sun creeping along the tops of trees.

It’s been a slow day so far, bumbling around camp, packing up my wet tent, and trundling down a few switchbacks to where I’m sitting now: on the side of a broad bridge over a minor fork of the White Salmon River. It’s sunny, and I’ve been sitting for at least an hour, yard saling my stuff and eating a slow, leisurely breakfast. 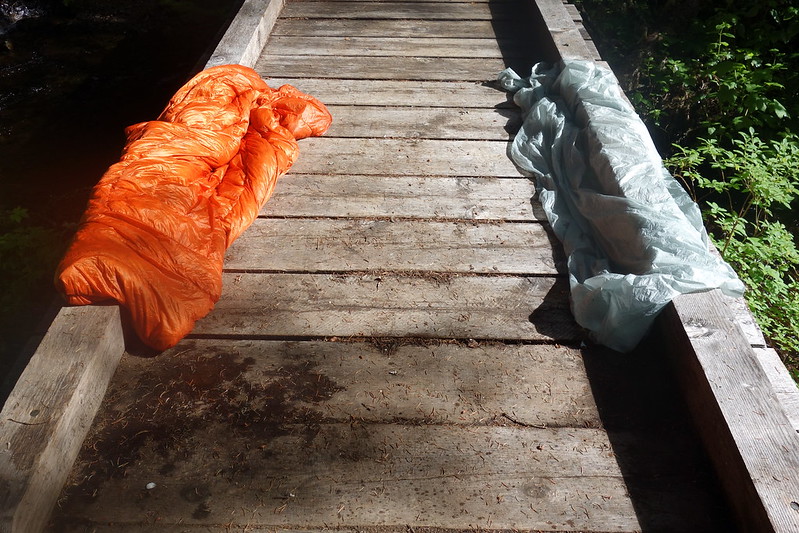 Maybe half an hour ago I was joined by a couple of hikers a little older than me—maybe mid-40s—also doing the trail through Washington. But they’ve already been going for a week now, and are just back from a double zero in Trout Lake, spent waiting for blisters to heal. The blisters haven’t healed, and they both seemed a little weary about continuing, almost like they both wanted to call it quits, but hadn’t been able to admit it yet.

Watching them limp away just now, struggling up a slight incline, I thought about how, despite missing Krista terribly and still feeling off about being alone, I definitely don’t want to stop. My feet are happy in their trail runners, the oatmeal packet Krista sent for breakfast is exactly what I want to be eating right now, and I’ve even rationed enough coffee to have a second cup in a moment. Two cups! I love it out here, despite the whining. Sometimes it takes seeing bad to realize how good you’ve got it.

The light’s playing on the rushing water. There are frogs along the shore, a whole world flowing through and from this sunny little place.

The climb up to Mount Adams this morning went well. From the White Salmon crossing, the trail passed through steep forest to a flat burn, studded with spent beargrass and blooming Tiger Lily. And I felt, for the first time on this trip, like I was actually on the crest of something. The mountain was wearing a wreath of clouds, but everywhere else was blue and green, sunny skies and gentle slopes to unseen rivers. 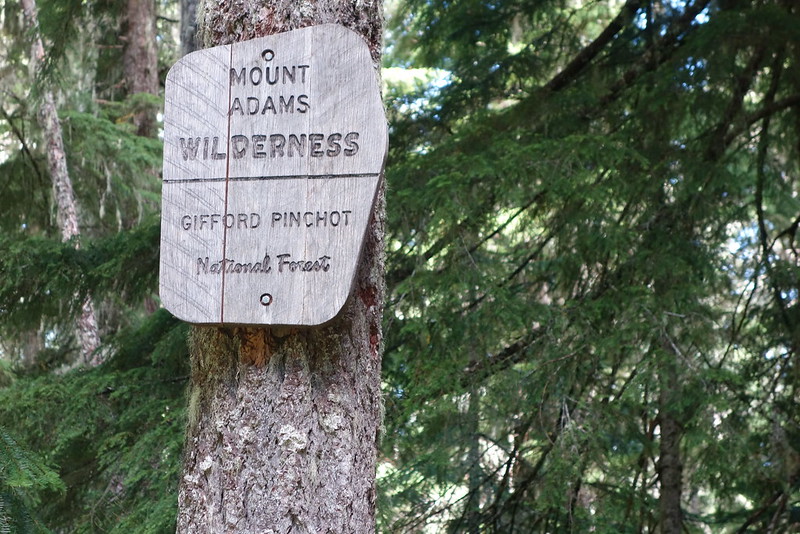 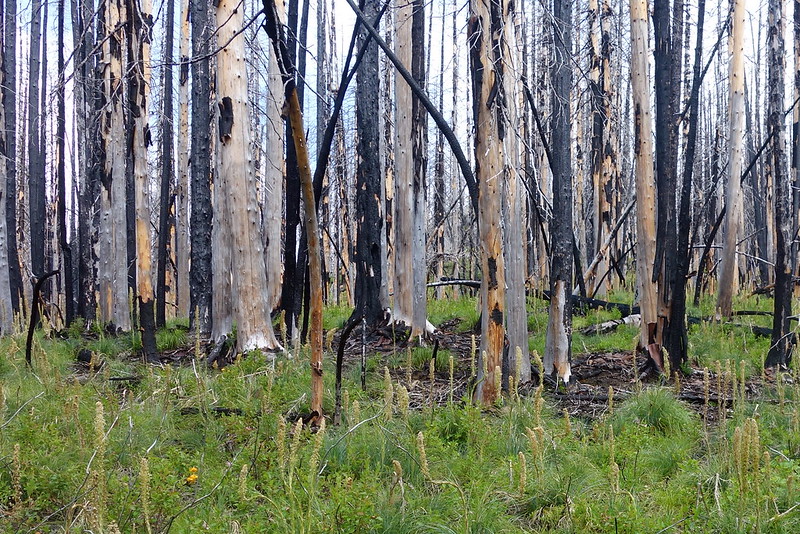 The PCT on the west side of Adams really is a gem. From Horseshoe Meadows north, the trail’s an easy, undulating path through dappled forests and flowered clearings full of heather and paintbrush, across silty streams and clear creeks. 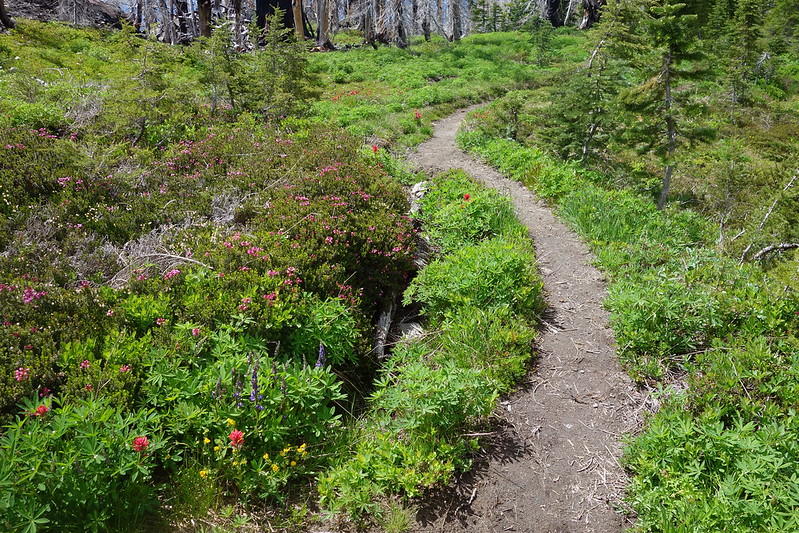 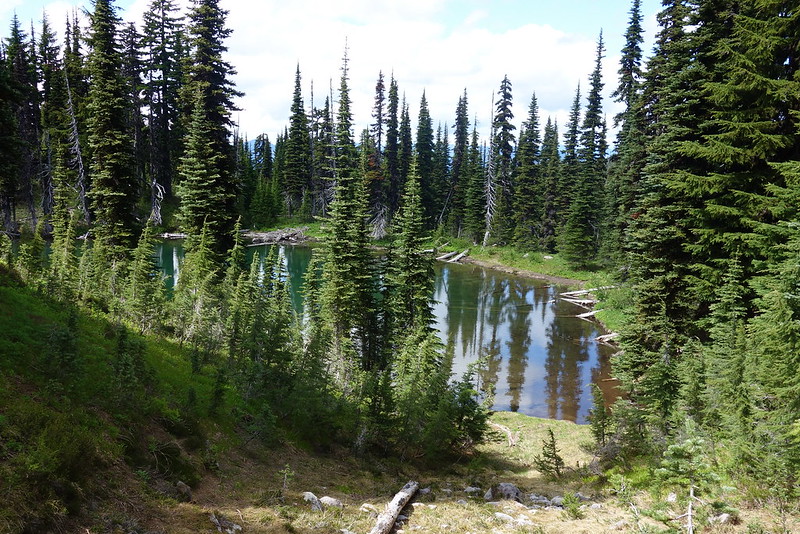 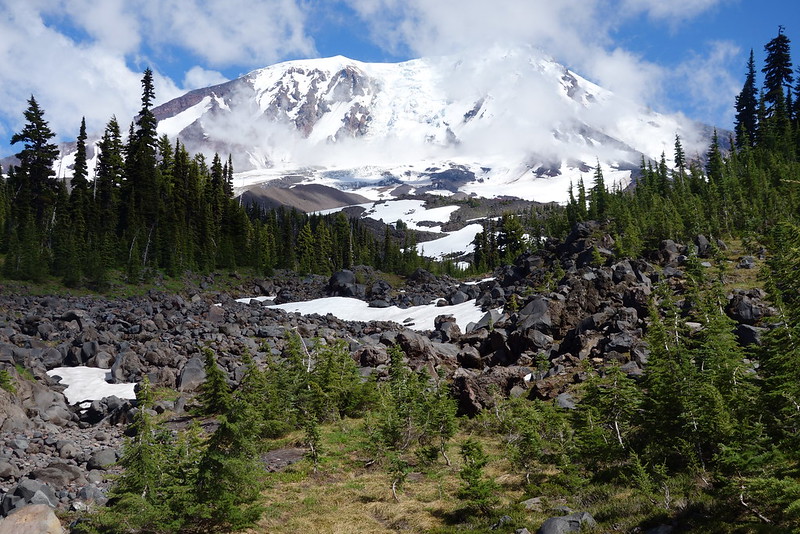 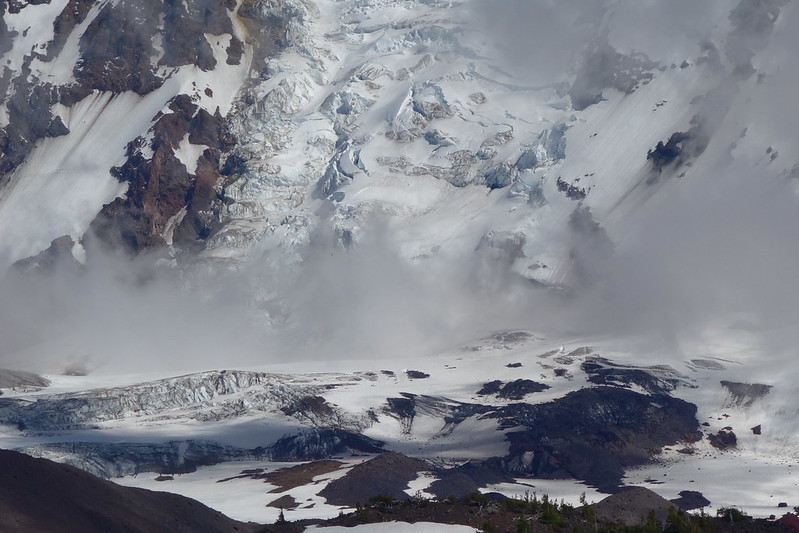 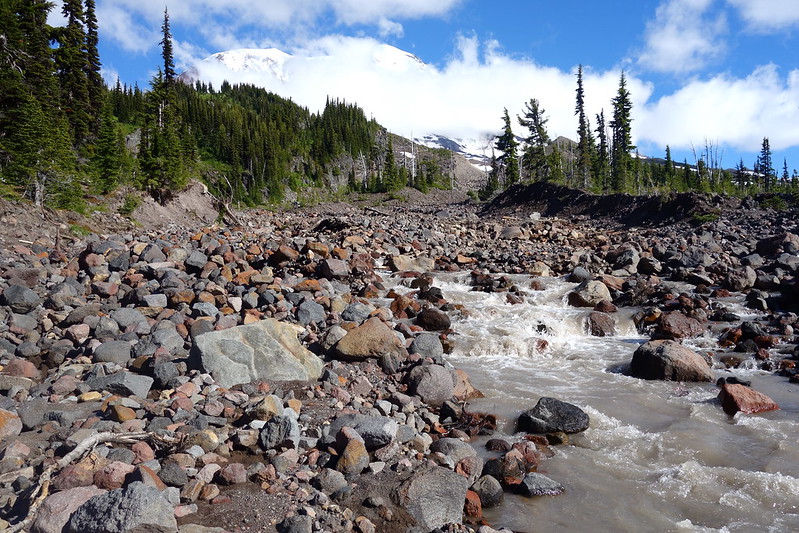 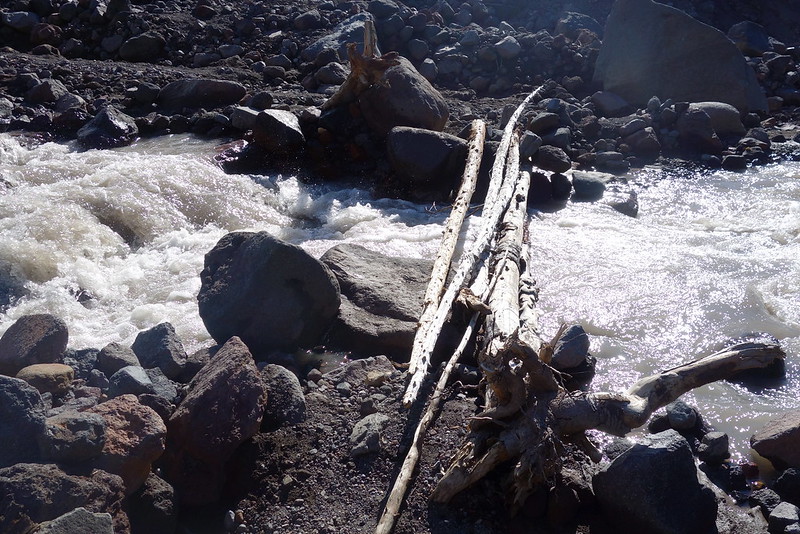 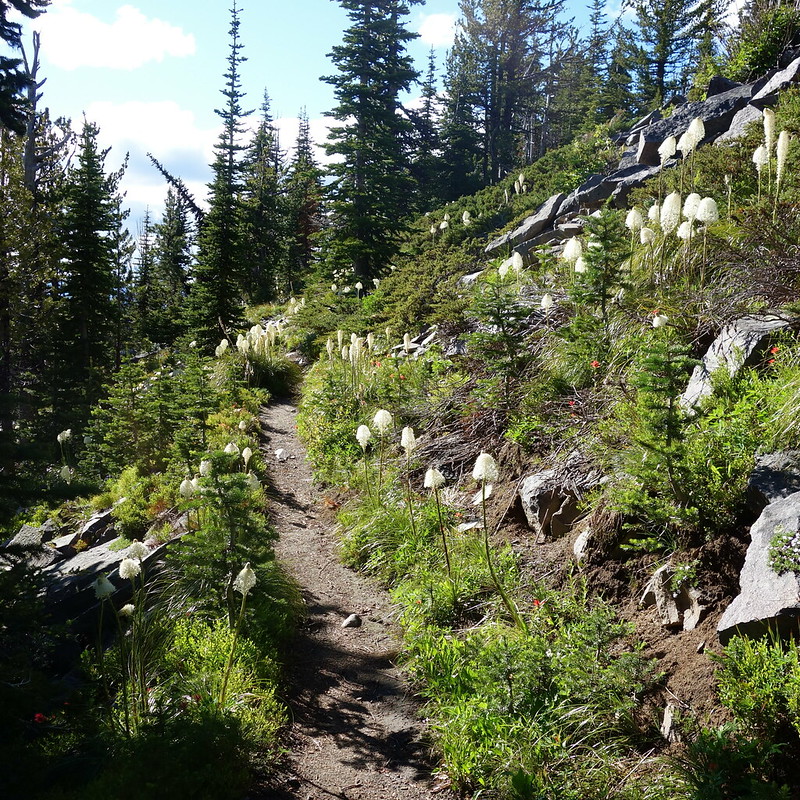 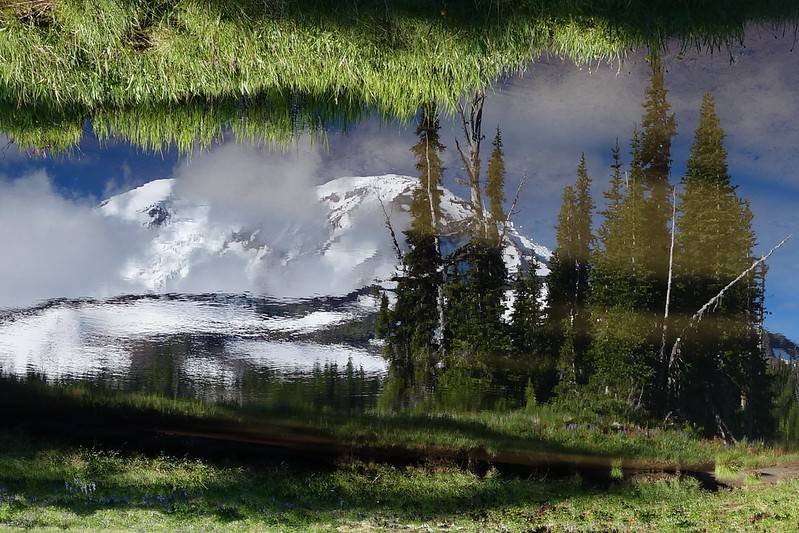 I set up camp near the base of a large waterfall on Killen Creek a couple hours ago. Sort of nice to be here so early. I’ve had time to set all my stuff out to dry in the late afternoon sun, and to spend a wonderfully inefficient, bumbling evening cooking dinner and inventing a new cocktail—the “EmergenC Emergency,” made up of bourbon, water, and EmergenC. I suspect it would be disgusting to an impartial observer, but after a few days I’m definitively not an impartial observer. It’s delicious.

The sun’s been setting for the last half hour, and the mountain’s been turning pink. I’ve got an extra Snickers for desert, and I’m treating it like the delicacy it is. I imagine someone offering it to me at some Ancien Régime restaurant—an obsequious waiter, maybe a Candy Bar Sommelier. “A fine choice, sir! And will you be having that avec mélange montagnard?” Oui! 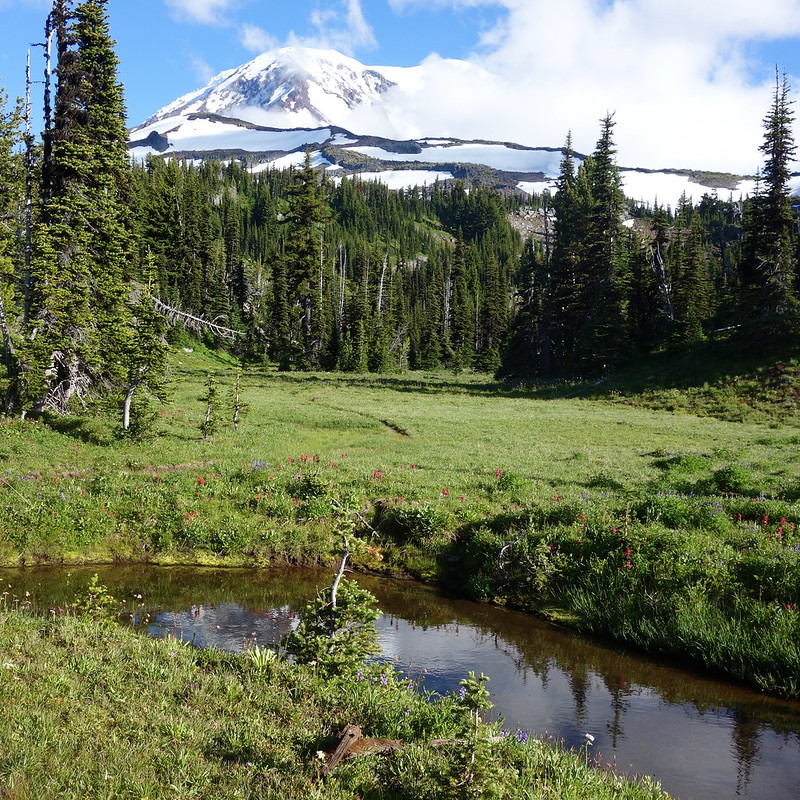 The light’s now long, and the only sound left lingering from the day’s commotion is the commodious murmur of Killen Creek, cascading a couple feet from where I’m sitting. The birds are out, swooping through some upper meadows, but they’re swooping silently, tumbling through a slight, warm evening breeze in the mountain’s fading shadow. And I can’t help but see it all with love’s vision, noticing the small virtues I couldn’t see even yesterday, before I realized that this too is home.