I woke up late and had a long breakfast at camp, sitting on the lakeshore with my feet in the water. I sat like that for hours, watching shadows change on the gentle waves, listening to the gentle rhythm of fish just breaking the surface for flies.

Eventually the morning started to fade into afternoon, and I reluctantly figured that I should pack up. So I put all my things in my half-empty pack—just a few small bits of food, just a liter of water—and trundled on north. 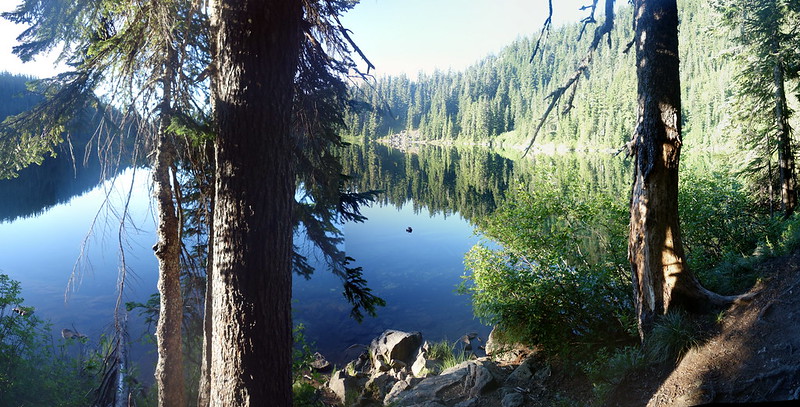 It’s only eight or nine miles from Mirror Lake to Snoqualmie Pass, and I walked fast, led by images of hot food and a hotel room. The trail was beautiful: no longer pocked by roads and empty slopes, but full of springs and trees and flowers. 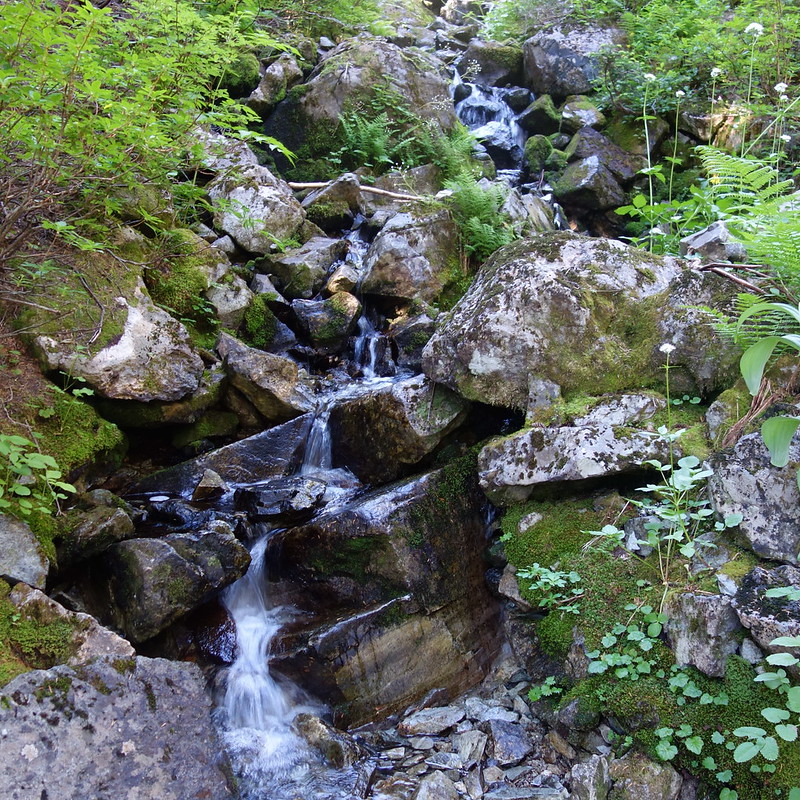 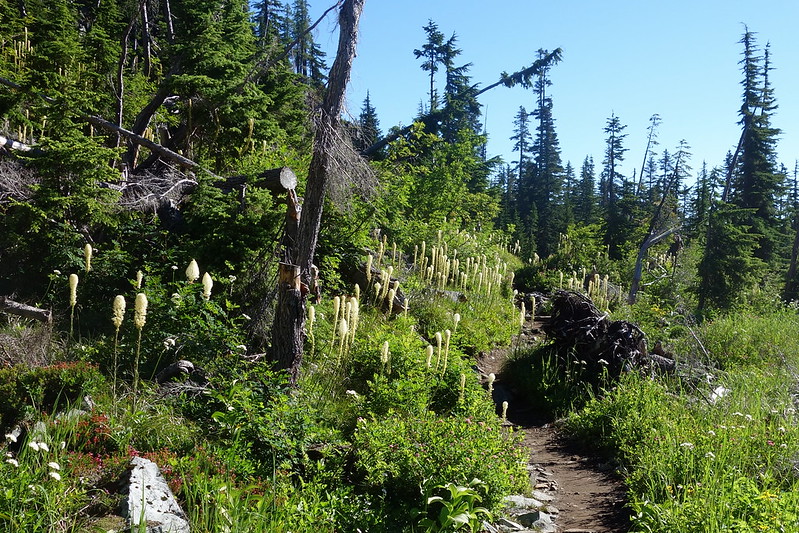 After a couple hours, I reached the southern tip of Snoqualmie’s ski resort, and descended through its flower-filled runs to a little line of shops, settled together in a small clump, surrounded by still wild hills and the freeway’s unfathomable speed. 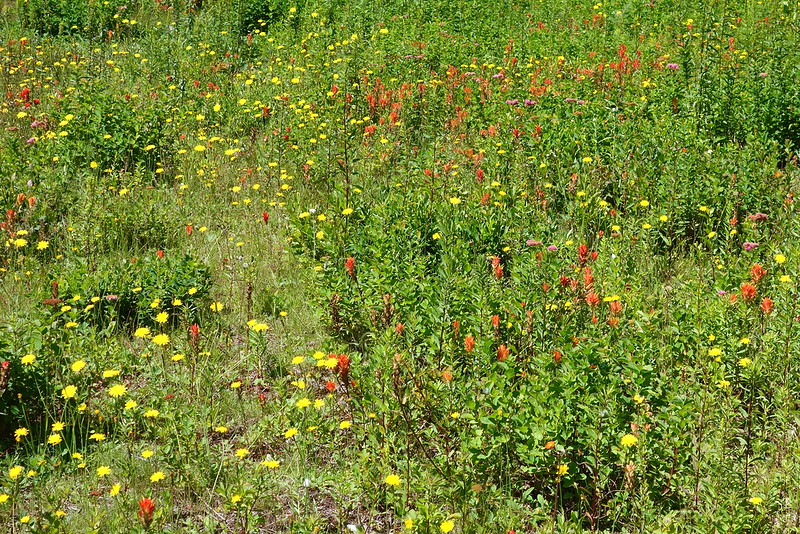 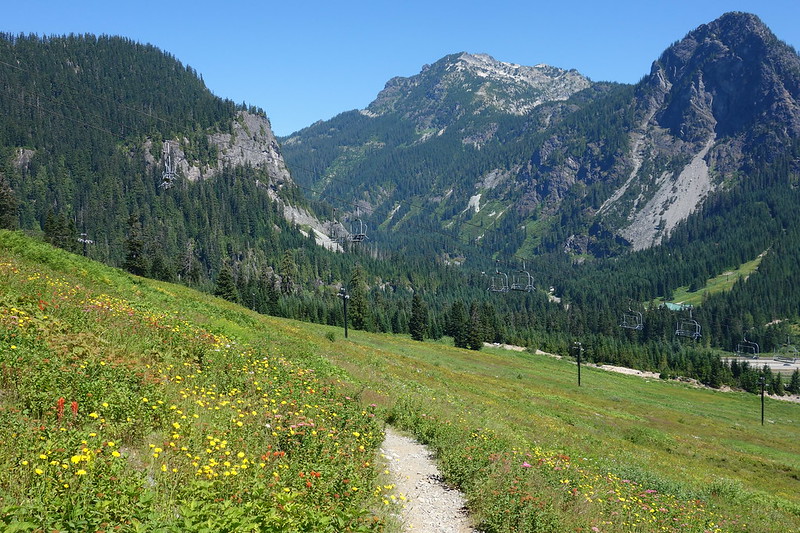 Then it was a bunch of errands: to pick up a resupply package from the gas station, to buy a few extras for the next section, to the Inn to reserve a room. Funny how, after just a couple weeks, the mundane feels strange—like walking through your old hometown, and feeling the smallness of its once-grand streets.

Strange and small, but also splendid. After the Inn I stopped at The Aardvark, a famous hiker-friendly food cart in the gas station parking lot, whose owner, Dan the Man, seems to run the place largely as a way of getting to spend every day drinking with hikers. Before I’d even ordered, he offered me a free beer, and I spent hours there eating his inexplicably delicious, Asian-inspired food, drinking beer, and rummaging through my resupply. Other hikers showed up—Heather, who I somehow unknowingly passed, my buddies from the Ulrich cabin, a bunch of overburdened section hikers—and we all exploded our packs, trading Snickers for Twix.

I’m in the Inn now, sprawled diagonally across the king bed, watching some sleek nonsense on the Food Channel. Bobby Flay’s putting truffle oil in mac and cheese and the hosts are pretending to be impressed. The show’s theme is something like “home.”

Along with my resupply, Krista sent a photo of us from our wedding. I was sweaty and nervous in a nice new shirt and tie. She was beautiful and seemingly put at east by my obvious discomfort. I’ve been looking at it all day: furtively glancing in the gas station parking lot, then staring tonight, as we talked on the phone. Nothing much has changed at home. It’s just been a few days. But days are different out here, and it feels like years. I was staring at the picture half an hour ago, as she called one last time to say goodnight once more. And I was staring just now, as I called to say goodnight yet again. I wish I could just fall asleep with the phone against my ear, dreaming of that picture, and of that day.