There’s a deer in camp this morning, a small thing with legs thinner than twigs, still slightly speckled white. Last year’s yearling. There’s a mother nearby, but not too close. Krista wanders over as I’m cooking breakfast, and we watch it together. It picks its way carefully through fallen trees and tangled branches, almost but never quite stumbling.

I wonder about its winters up here, where it will go. I guess they migrate, some just a few miles, some a hundred. I watch it walk carefully through the shrubs, and imagine it running—running down to follow the warmth for winter, or back up here in the summer heat—those legs growing thicker, those spots disappearing.

It’s an easy day today, however many miles we want to walk up the Canyon. We leave camp in the late morning, walk down to the confluence, then amble up to Grouse Meadow, which is flooded now, full of the water that’s rushing down the valley walls. And there are deer here too, tiptoeing gingerly around the water’s edge. 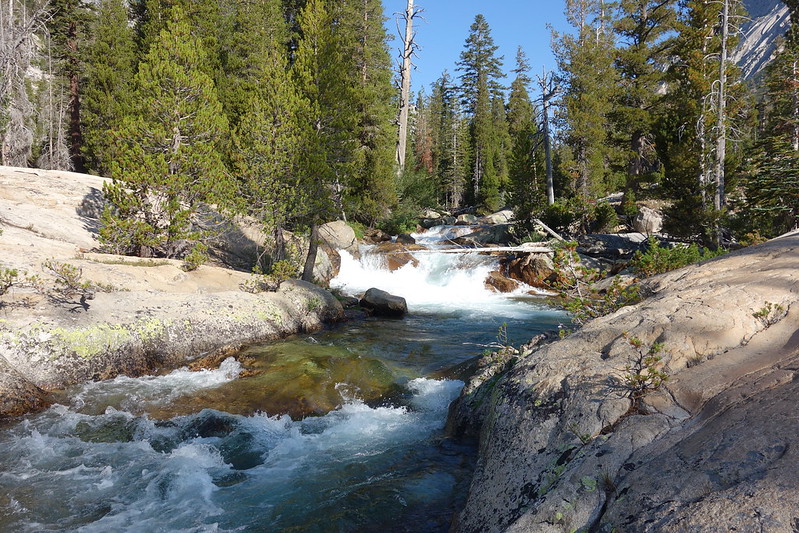 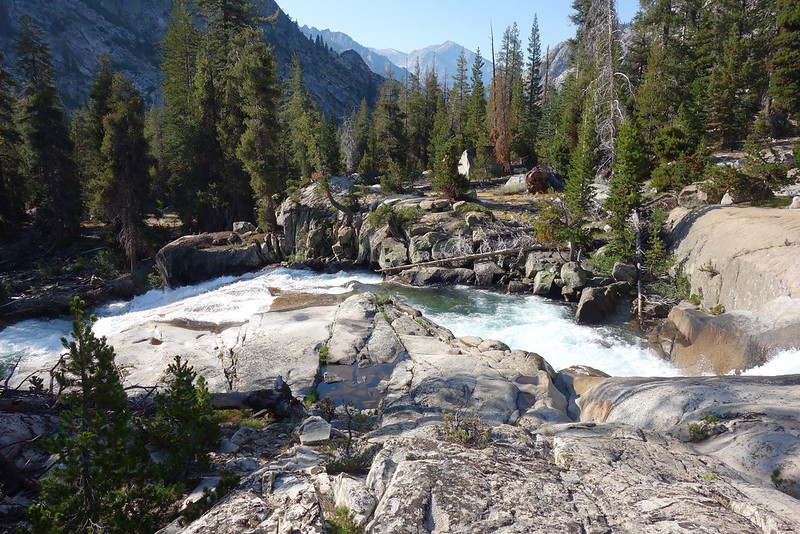 The trail then turns due north, and we follow it as the trees get shorter, and stark white peaks grow in their place. The river’s rushing ruler straight—a series of falls, then a shoot so smooth that the water looks like glass. 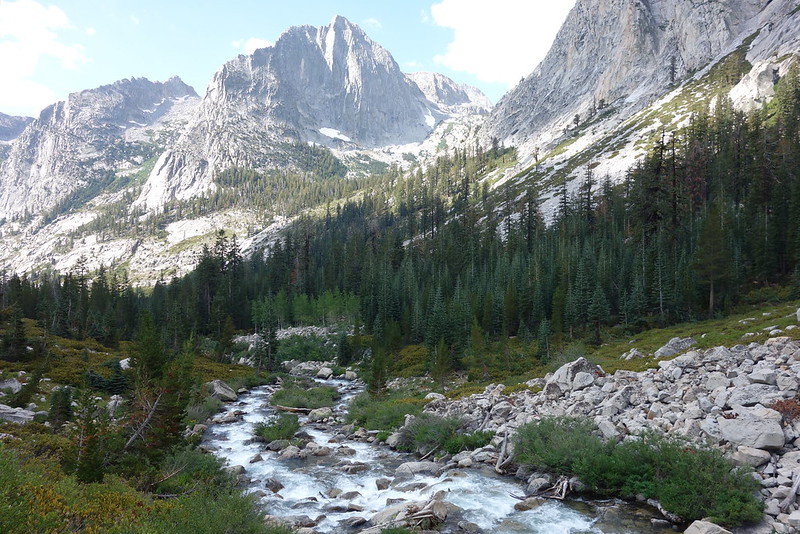 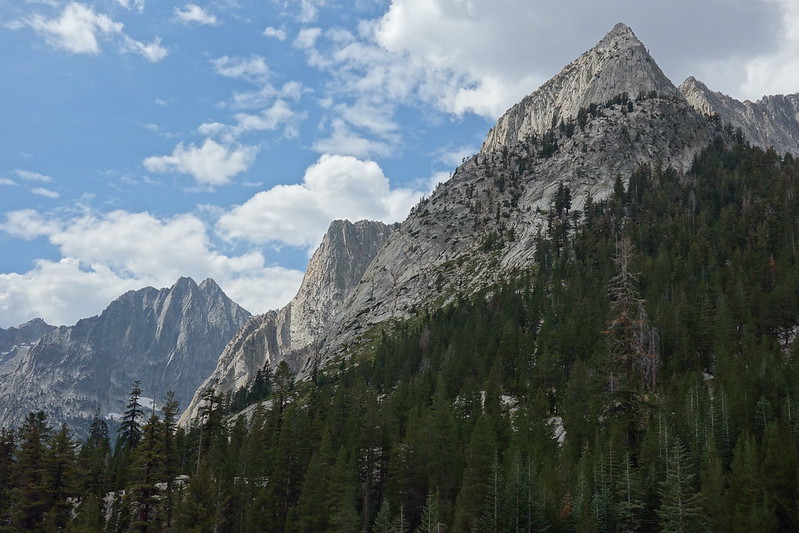 There must have been avalanches here since the last time we came. Little Pete Meadow’s full of broken trees. The ones that still stand are bent at right angles halfway up. I wonder again about the deer. Were they here? Did they hear it thunder down the canyon? What is their world when we’re not here?

I remember in grade school, we saw a deer out the classroom window. I guess it lived in the woods behind the school, and had come up through the playground on accident, or for food. We all just watched it, silently. It seemed awkward and out of place, but somehow also stately. My teacher—a wonderful woman who couldn’t have been much older than I am now—let us all just stare out the window for a while before interrupting the silence with a story. “You know,” she started in a whisper. “He might not look like much here, but…” she put her hands on her temples in a cartoon imitation of the deer’s tiny antlers, or of a crown. “He’s a king out there.” More silence. “We should greet him as an honored guest.”

I still remember the way his muscles moved as he galloped away in the early spring light.

It rains on and off as we climb higher. We stop at Big Pete Meadow, precisely where we stayed last year. I like this thing we’re doing, visiting old memories. The camp’s a lot different now than it was when we were here last. The tent platform’s destroyed, full of toppled trees. But I sort of like it better this way. And the river’s several feet higher, full of fish. 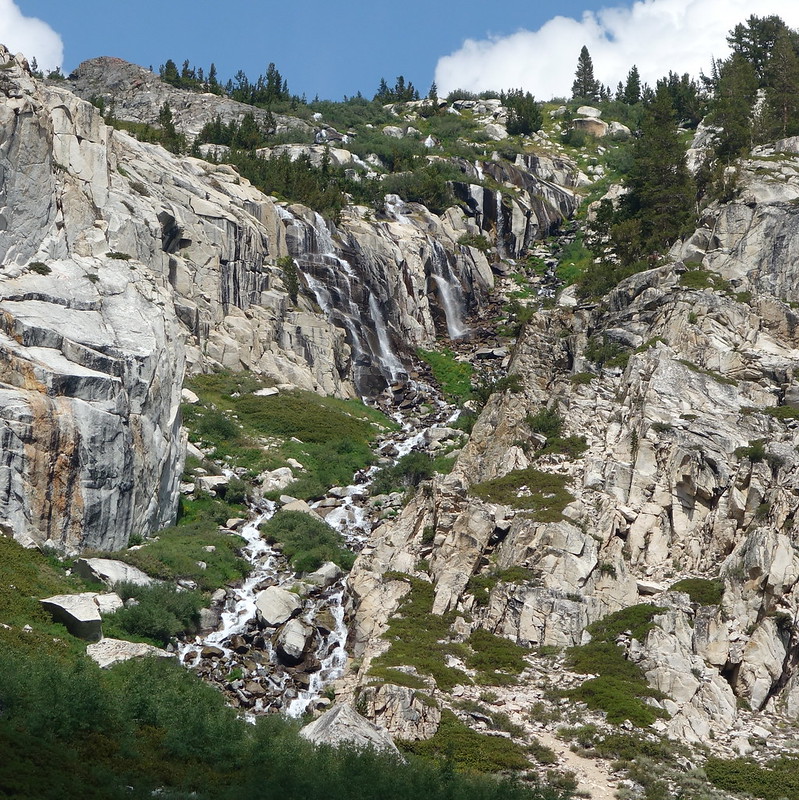 The rain comes in fits and starts as we follow the river up into the granite cathedrals below Langille Peak, big warm drops fall on the broad white steps that the trail takes between glacial rises. There’s thunder in the distance, but still just in the distance, and we take our time. 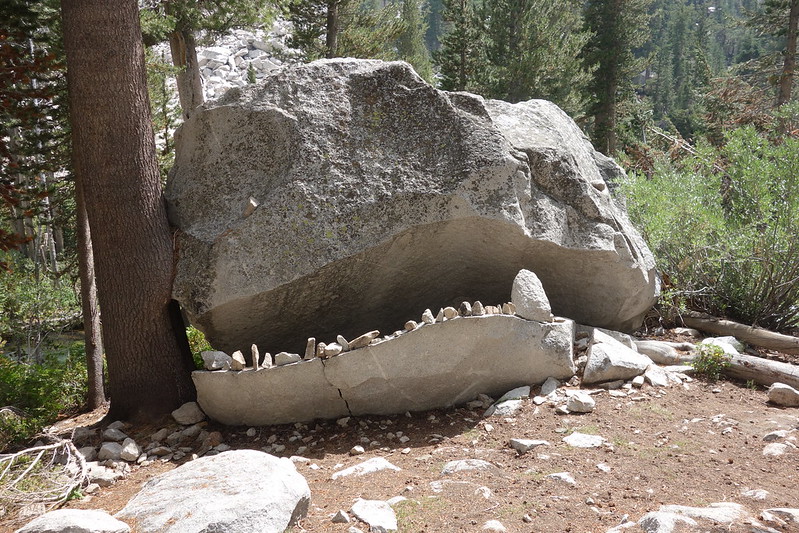 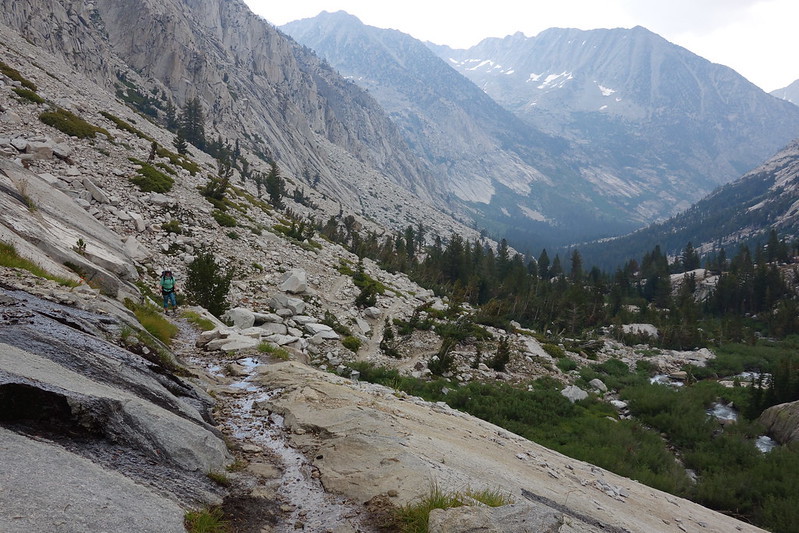 Well, the thunder doesn’t stay in the distance for long. A mass of dark grey clouds comes down from the Black Divide and absolutely envelopes us. It turns from rain to hail, and the lightning’s so close that there’s not even time to start counting before it booms.

We hide in a thin stand of trees as the worst of it passes. But we don’t know if it’s settling in for good or what, so we continue on, up to Starr Camp, just a little further up the way.

The camp is a beautifully sheltered set of clearings at the edge of a blooming meadow, crisscrossed by streams of all widths, from torrents to trickles. We set up the tent fast and throw all our stuff inside. And as soon as we do, the storm stops.

Krista decides to take a nap, but I’m feeling restless. So I wade across the river, and find a hidden lake. I knew it was here—it’s on the map—but it’s well hidden from the trail. We walked right by it last time without seeing. 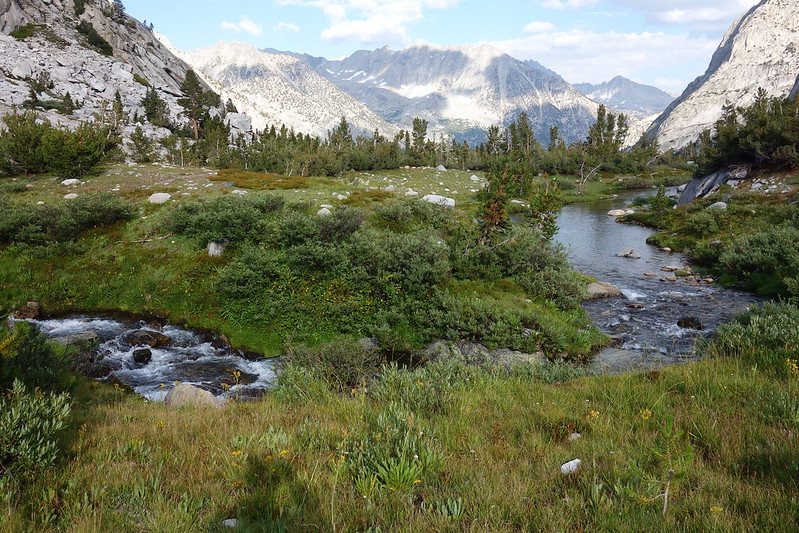 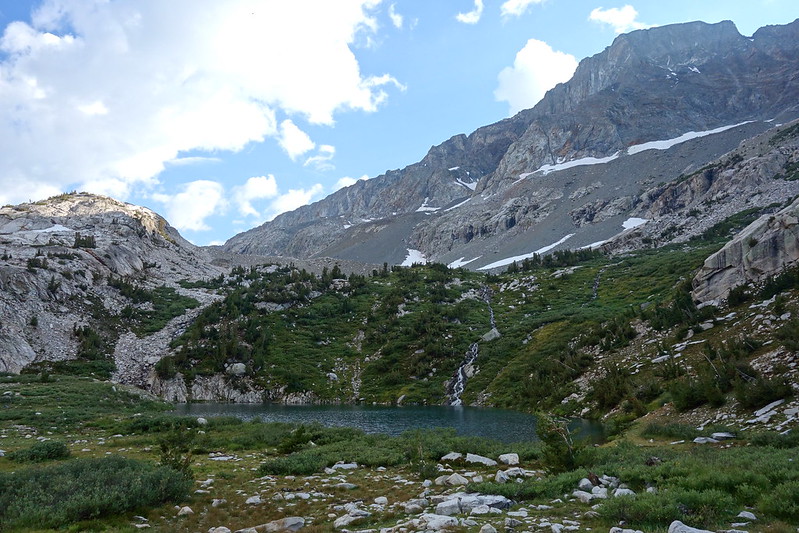 I stand on the other shore for a long time, still enough that the world comes back out: marmots in the grass below; pikas chirping in the talus fields above; and deer, deer everywhere, drinking rain water off the leaves. Royalty from another world.

I sit out until the sky starts to change. Another storm’s going across the valley. The rain lines turn purple in the setting sun. 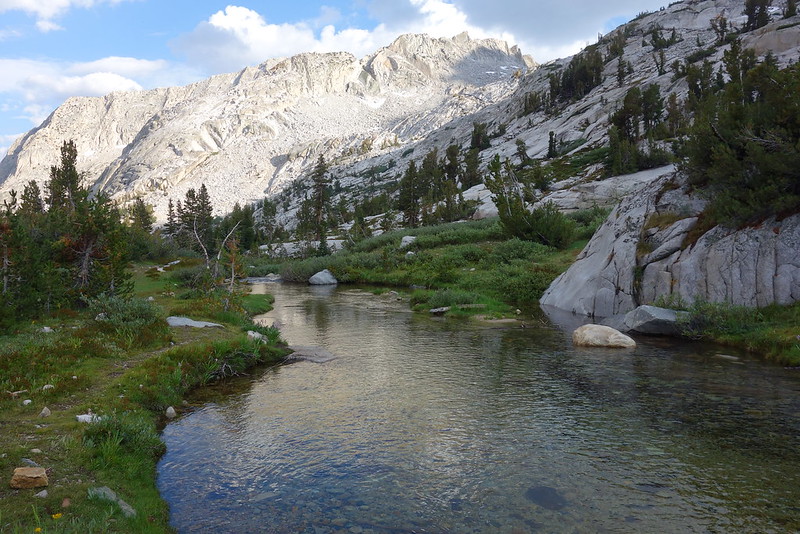 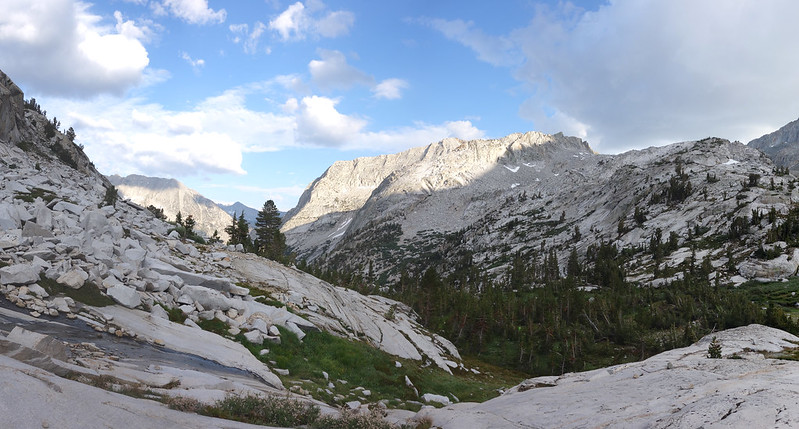