This magic thing happens when you drive due east from Portland: after sixty miles of deep wooded gorge, you crest a minor knoll of oak savannah and suddenly appear in the middle of a desert.

We crest the knoll at sunrise, then speed bleary-eyed south, down through newly green grassland and the last outposts of civilization in central Oregon to the vast basin and range of the Blue and Steens Mountains. No cars for an hour. Antelope and American flags.

Then the Nevada border, small-town brothels, and highways where even the trucks do 90. Krista puts on an old Art Bell era episode of Coast to Coast, and it feels like the scenery’s natural sound. 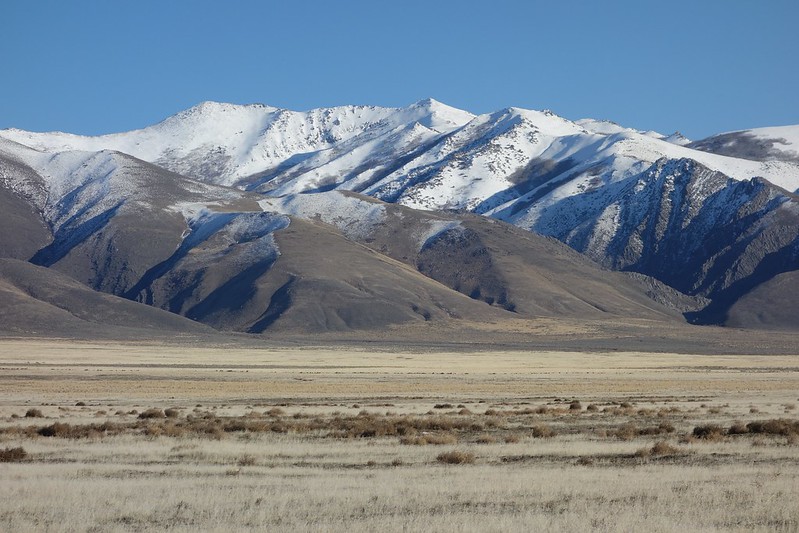 We stop for the night in Fallon, a hard luck old town that seems to get by on folks stopping for the night, and on the nearby Naval installation. Old men that smell of stale beer smoke cigarettes outside the empty casino. A pile of dirty blankets and bottles wait in the bushes outside the truckstop.

We wake early and run to the store to pick up a few last things before driving back into the great nothing.

The woman in front of me in line—an elderly woman of color with a cane and deep, coughing laugh—is having trouble. The ground beef she’s buying is supposed to be two for five dollars, but that’s only with one of those store loyalty cards and she doesn’t have one. And she needs the deal: she’s out of credit on her foodstamp card, and can’t afford full price. The cashier—a white woman about her age, but without the laugh or cough or cane—is being surreally, almost aggressively, unhelpful.

I ask the woman in front if she wants to use my card, and she does, but seems embarrassed. She calls me honey and touches me on the shoulder. I ask what she’s making. She blushes about a casserole.

As she walks away, the cashier rolls her eyes at me, and mutters an ugly racial word. I pretend I don’t hear.

Outside, back at the truckstop, I try to hold the door for a man about my age, but he laconically gestures Krista to go first. He does something halfway between wink and bare his teeth. “Ladies first.”

The scenery’s so huge here, but I feel claustrophobic.

Outside town, the tiny houses and big flags fade to rolling hills and otherworldly plains.

Somewhere to the right, the Navy let off a nuclear bomb in the 60s, but never bothered gating the site because there weren’t enough people around for it to be an issue. In the 80s, Life Magazine called this “the loneliest road in America.” They meant it as an insult; Nevada took it with pride and officially adopted the name. 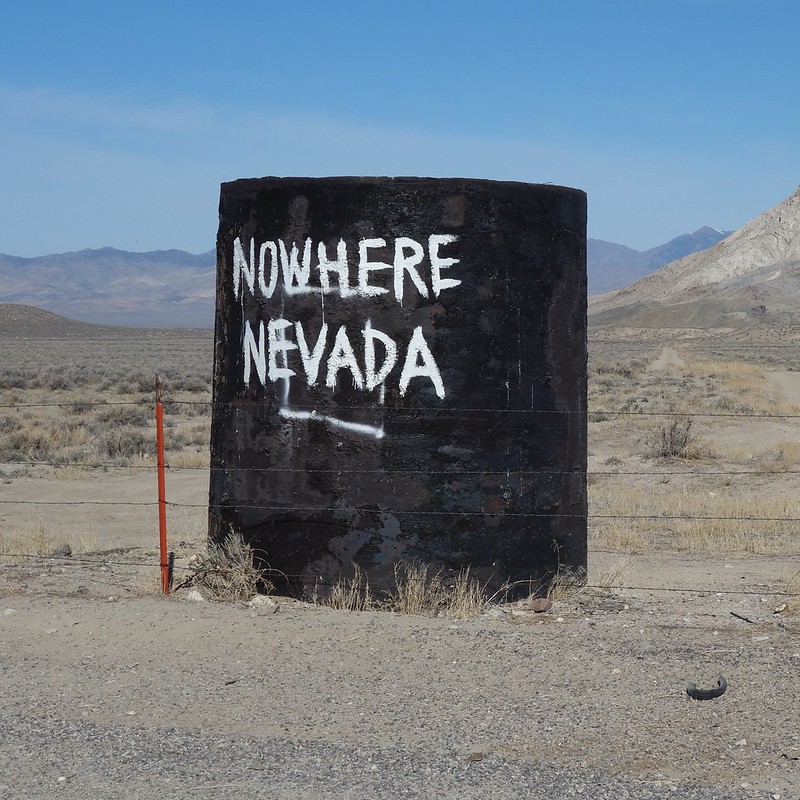 Here and there, unsigned attractions stand in the bright winter sun, like well-lit exhibits in some retrospective museum of America: thousands of shoes in a tree; a grave from the Pony Express days, now covered in sun-bleached beer cans. 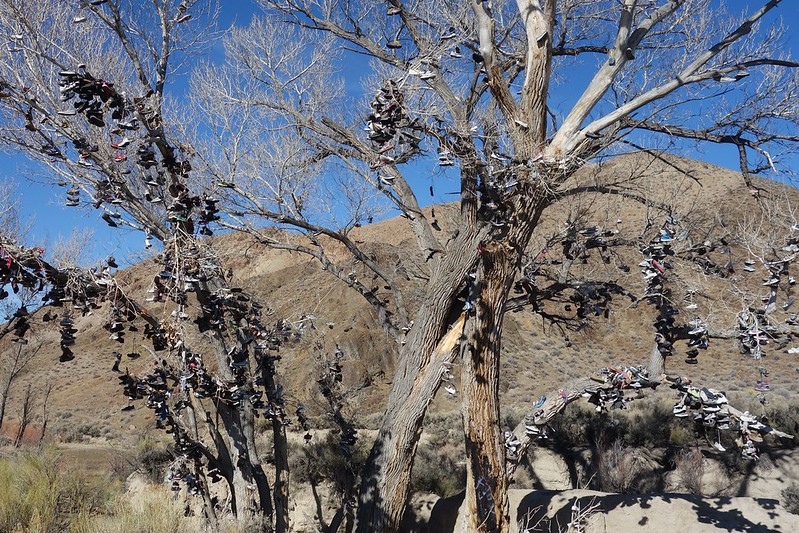 More Art Bell. They’re talking about UFOs and God. About how angels are just aliens we don’t have the minds to understand.

There’s a cavalcade of calls: strange stories and theories from boys and men—some slurring, some clearly reading from carefully prepared notes. Bell is unfailingly kind to all of them: people call with these crazy ideas, and he just listens carefully, offering encouragement or empathy but almost never judgment.

One gets the sense that, far from being alien aficionados, a lot of his callers were just a little lonely, maybe isolated out in the middle of nowhere—on side streets off the loneliest road in America—and eager for a familiar voice, maybe someone to talk to on a Saturday night.

I think of what the desert and distance do to people.

In Bell’s kindness I hear a mirror of that white woman in Fallon. Bell spent the last years of his life struggling: struggling with stalkers, money, addiction. But he also spent those years on the air, broadcasting from the desert, listening kindly to others in the same place, reaching out to each other over the rolling hills.

Fallon’s been shrinking for decades. They put it on the National Registry of Historic Places last year, but only because it’s become history: it is defined by the past, not the future. On the scale of decades or centuries, it has already disappeared.

The radio rattles into an old station, broadcast from the center of an abandoned town at the foot of the Montezuma Range. Dust bowl blues, chanties about mining dirt and dreaming of gold. 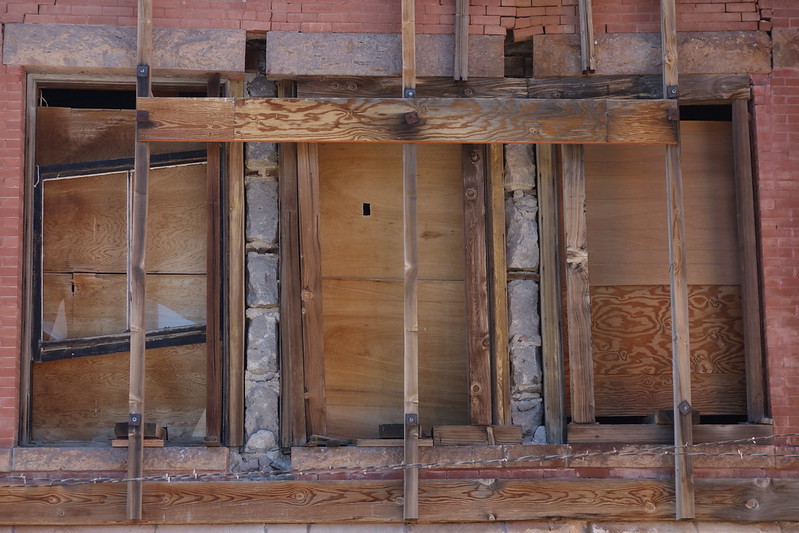 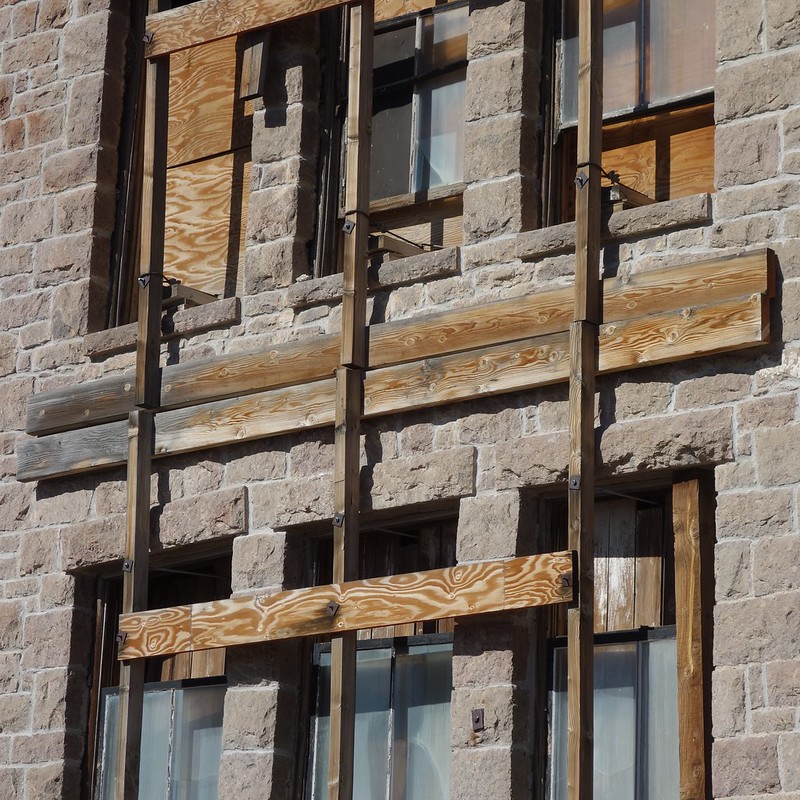 There’s a crowded tourist trap on the east side of the park, Bermuda shorts and crying babies, then the unthinkable expanse of the Funeral Mountains: Hell’s Gate, Mud Canyon, and finally Furnace Creek, our home for the night.

Our place is a charmingly hardscrabble campground cut into the desert. Our neighbor looks exactly like my dad, and, like my dad, eats from an elderly set of dishes probably older than me. We watch him set up his telescope in the sunset, train it straight up at the Milky Way, and stare at the angels and aliens.