There’s this mysterious story in Genesis: after the flood, Noah sends out a bird to see if the water’s really receded. Or, rather… he sends out two birds:

After forty days Noah opened a window he had made in the ark and sent out a raven, and it kept flying back and forth until the water had dried up from the earth. Then he sent out a dove to see if the water had receded from the surface of the ground. But the dove could find nowhere to perch because there was water over all the surface of the earth; so it returned to Noah in the ark. He reached out his hand and took the dove and brought it back to himself in the ark. He waited seven more days and again sent out the dove from the ark. When the dove returned to him in the evening, there in its beak was a freshly plucked olive leaf! Then Noah knew that the water had receded from the earth (Genesis 8: 6-11).

The passage has been bugging theologians for millennia. One bird makes sense. But why two?

There have been at least three answers.

First, the Jewish theologian Philo of Alexandria suggested in the first century BCE that the two birds were meant to represent differing characteristics of humanity. The raven flies out to the still-flooded world and finds vicious comfort there, feeding on carrion and finding no reason to return to Noah’s Ark. But the virtuous dove only finds a home in the world once the water’s receded, once peace has been found.

Augustine says something similar: the crow represents a comfort with ruin, and a failure to feel the pressing need for reform; the dove a paradise found.

Second, though, newer accounts see the two birds as evidence for the now-common recognition that the Old Testament is a composite text, collecting the contrasting stories of sometimes-distant sources. One, traditionally known as the Priestly Source (or simply P), has Noah sending out a raven; the other, traditionally known as Yahwist (or J), has the dove.

But finally, third, historians have noted that both birds appear in the earlier Mesopotamian Epic of Gilgamesh—maybe the Epic of Atrahasis before it—where Utnapishtim, the Mesopotamian Noah, sends out birds in the wake of the Sumerian God Enki’s flood:

Utnapishtim opened a window and felt fresh air on his face. He fell to his knees and sat weeping, tears streaming down his face. He looked for coastlines on the horizon and saw a region of land. The boat lodged firmly on mount Nimush which held the boat for several days, allowing no swaying. On the seventh day he released a dove that flew away but came back to him. He released a swallow, but it also came back to him. He released a raven that was able to eat and scratch, and did not circle back to the boat. He then sent his livestock out in various directions (11: 145-55).

On this view, there may be no reason internal to the Old Testament for there being multiple birds. They’re there because they were already a given in the earlier flood myths the Old Testament was seeking to replace. But that just pushes the problem back a step: why did these earlier myths need two birds?

When I first read about the problem in college, I spent the better part of a drunken party explaining it at some poor girl who, I have to imagine, had started the night with a very different image of how things would go. But she heroically nodded her way through. Then, a couple hours later, back in her tiny dorm room, she brought it up again.

“Maybe Noah or whoever sent out multiple birds so that they’d have company. Wouldn’t it be a drag to survey a drowned world alone?”

The world’s not back yet—it’ll be some time—but every few days we go flying through the city looking for signs of dry land.

There are these ancient, eroded mountains all around Portland—remains of the Boring Lava Field, which sixty-thousand years ago, stretched over and beyond what would one day become our city.

I had the idea of trying to walk up all the Boring Volcanoes in Portland, but quickly realized that was unrealistic: there are at least eighty of them, many on private property. So I settled on something more modest: a half dozen trips, up the volcanoes you can see from our backyard.

The next several posts will be about that project. 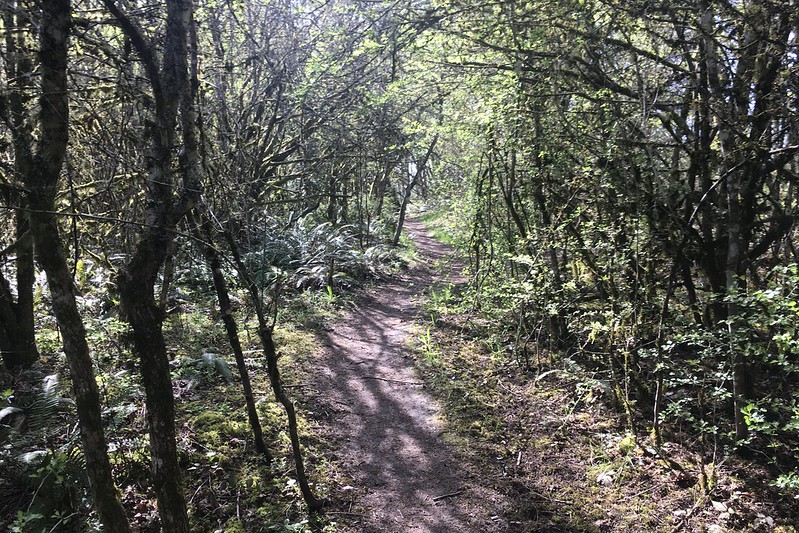 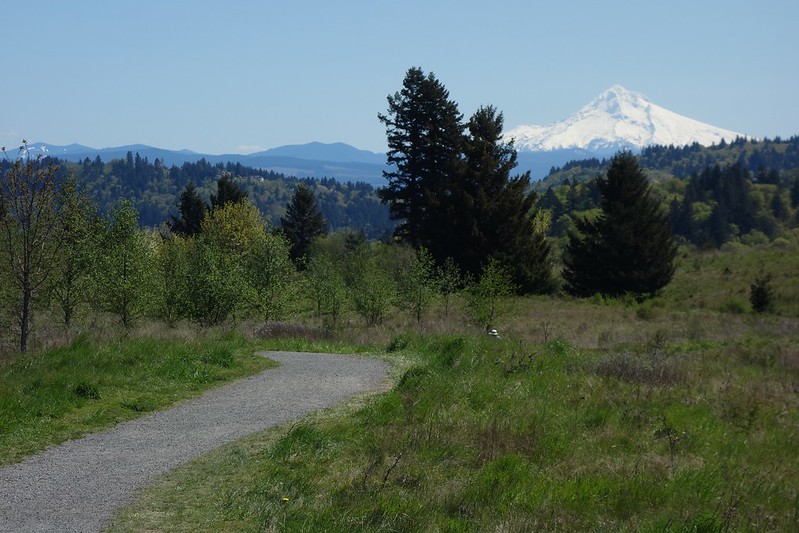 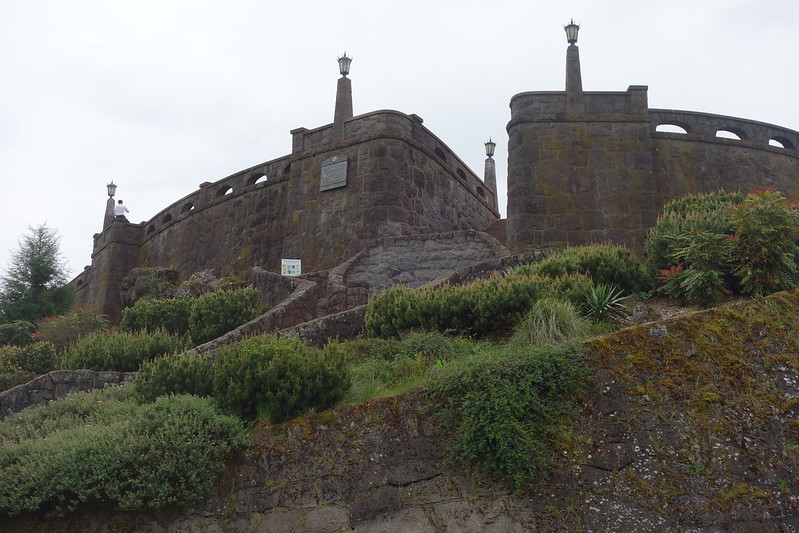 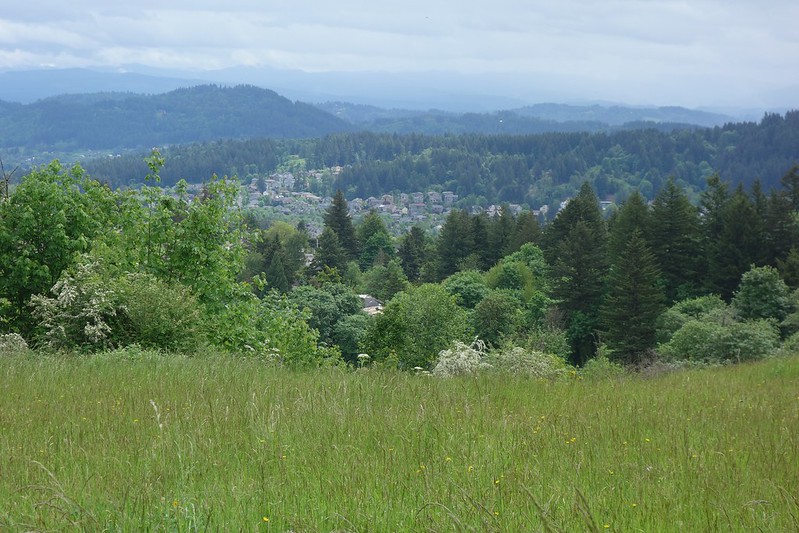