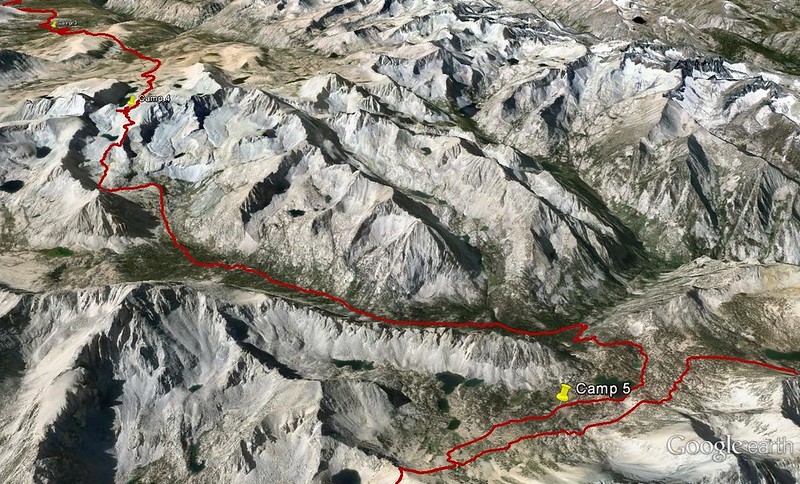 The night is so, so cold, and I wake up thinking about what it means to be sleeping two and a half miles above sea level. It’s the highest I’ve ever been. And we start off up the pass wearing all our warm clothes against the persistent frost.

The pass itself ends up being incredibly gentle. And the trail’s so posh. I imagine that the exposure might be an issue for someone with a very, very big problem with heights, but otherwise the thing’s just pleasant, easy walking. And the views! 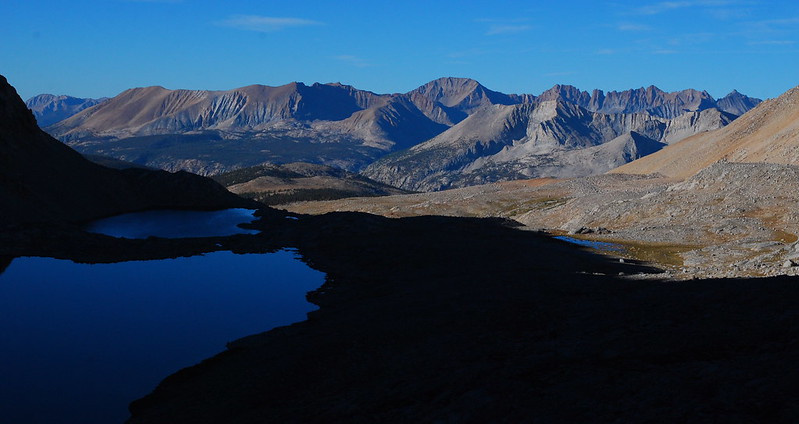 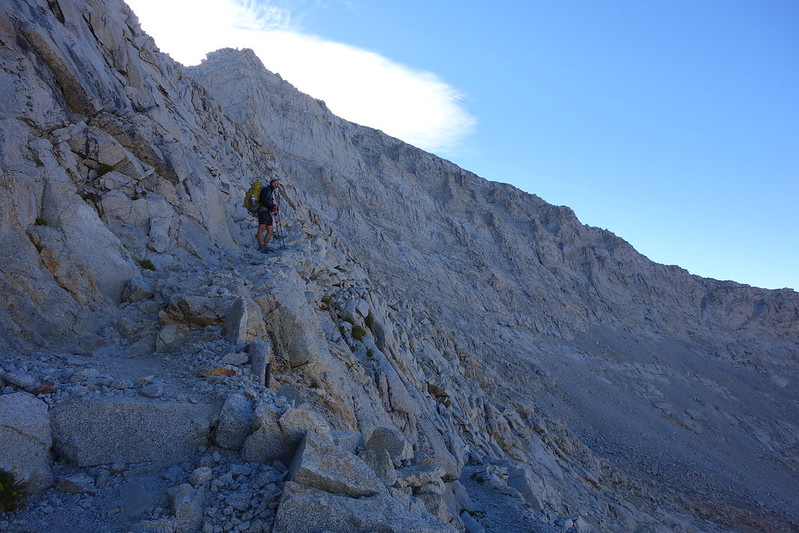 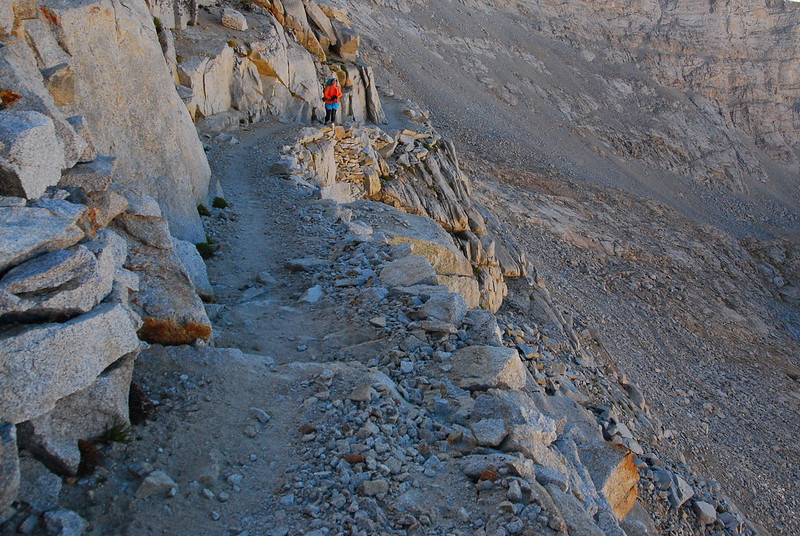 A short ways up, there’s a hearbreaking memorial for Donald Downs, a kid who died while working on the trail. You can read more about his story here and here. 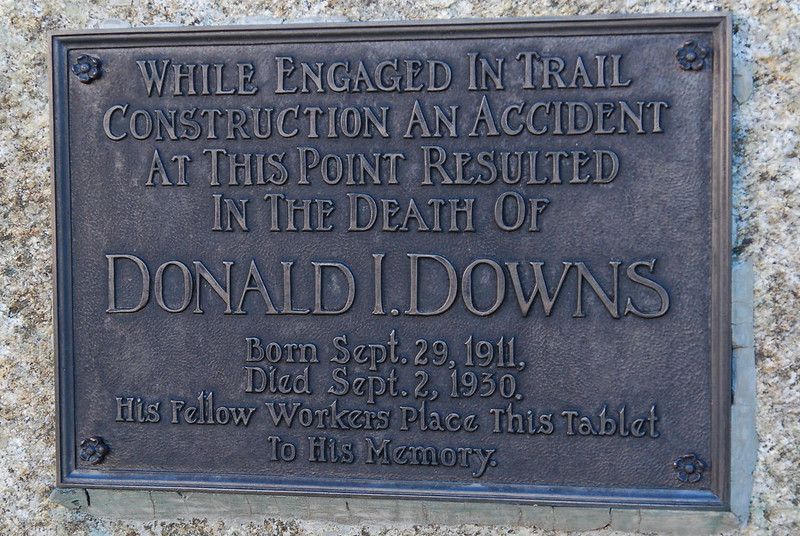 Near the plaque, someone’s left some very old tools. 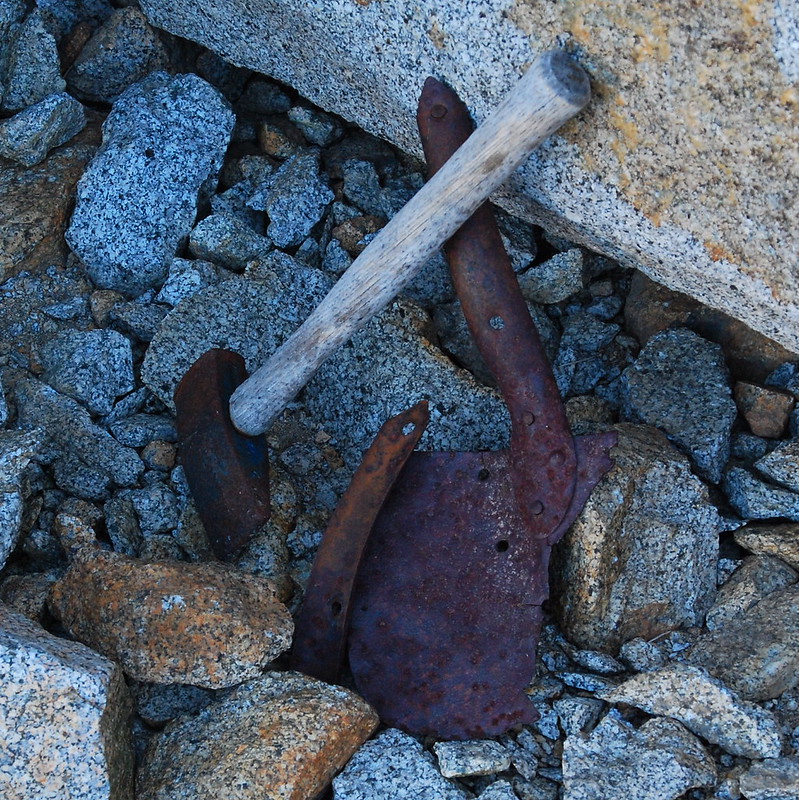 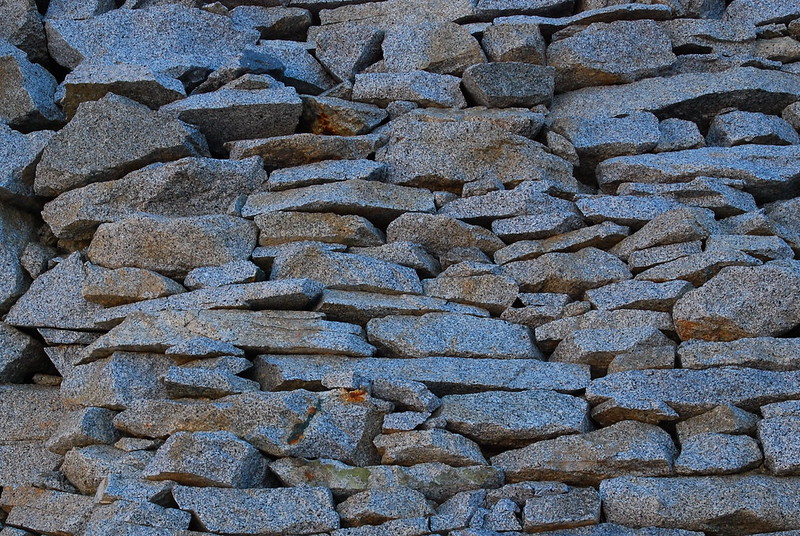 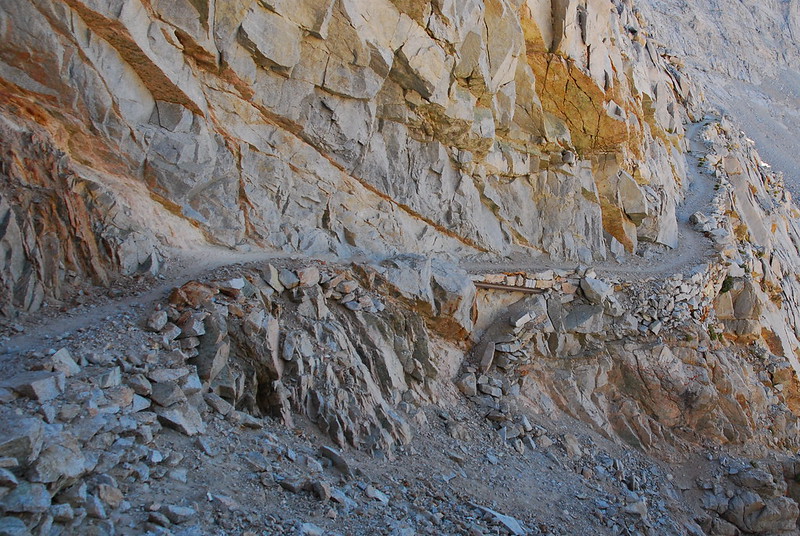 From the top, it’s as though we can see the entire world… or, perhaps, the entire universe. The past behind us and the future in front, both rising among ranges and ridges and shadows. 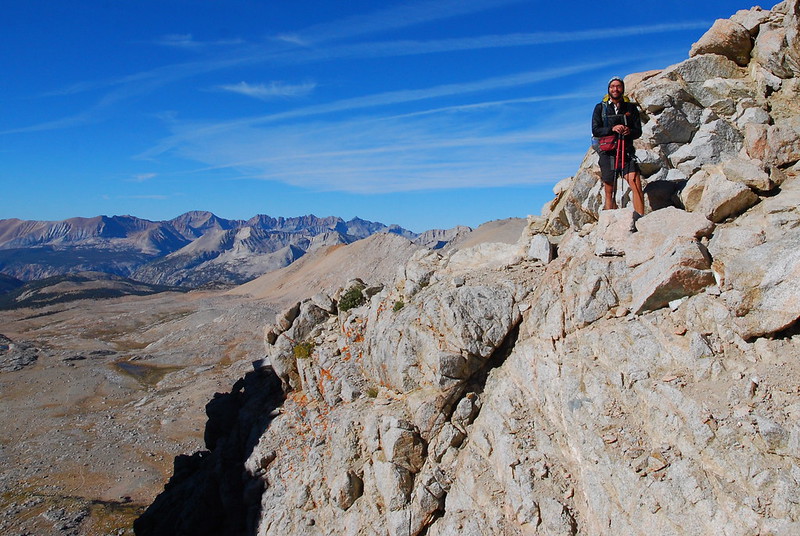 We have a small snack, but don’t linger, as the wind’s strong, and we both shiver slightly with the morning chill.

The pass marks the end of Sequoia National Park, and the beginning of Kings Canyon, though, administratively, they seem to be more-or-less the same thing. 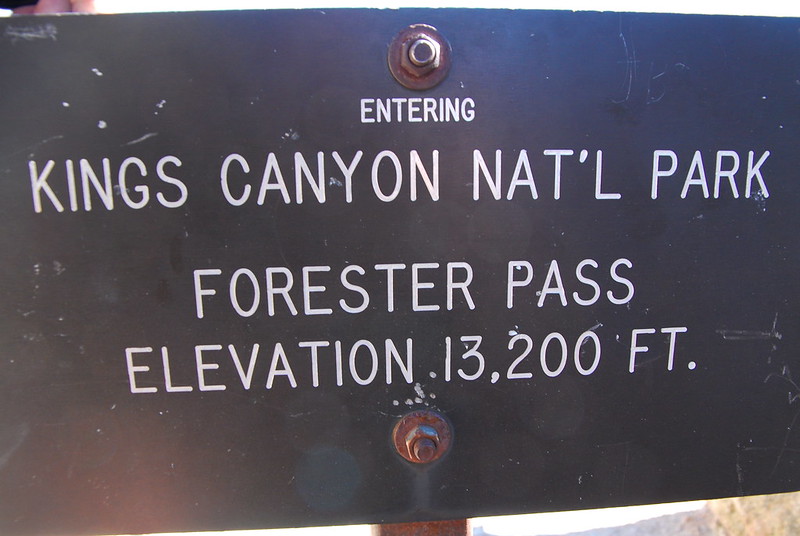 As with the south side, the trail on the north is just incredible… 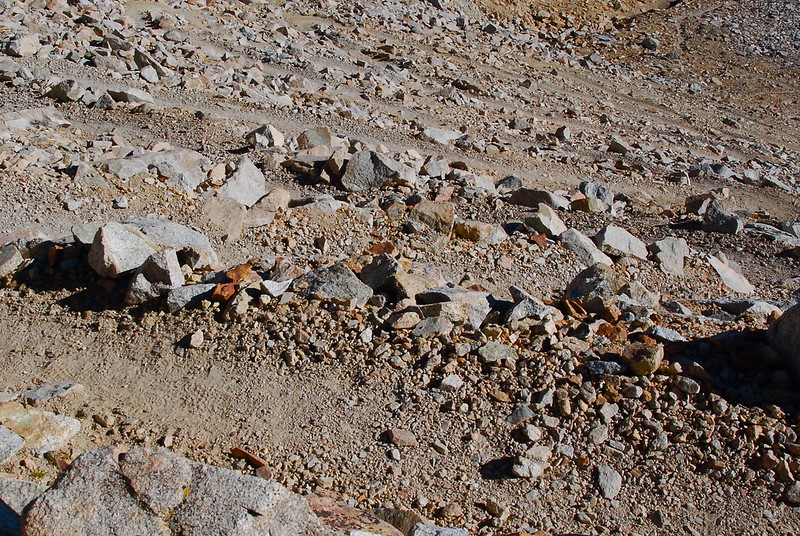 … as are the views. I take a dozen panoramas, just trying to capture everything. I can’t. Here’s the whole business:

And a somewhat smaller chunk of the business: 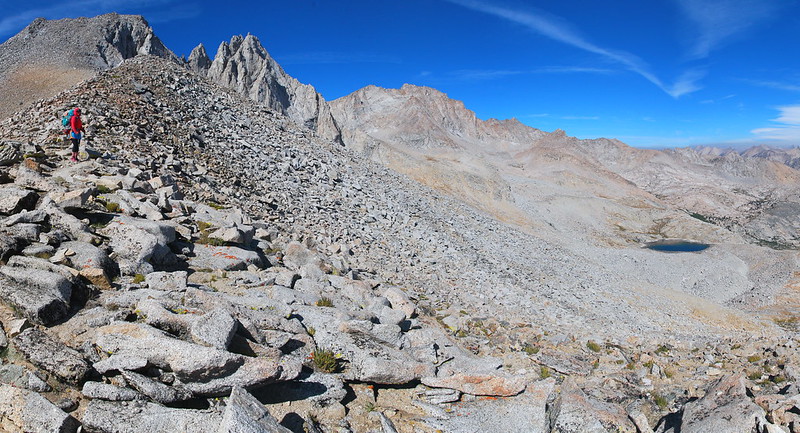 Heading down to Bubbs Creek… 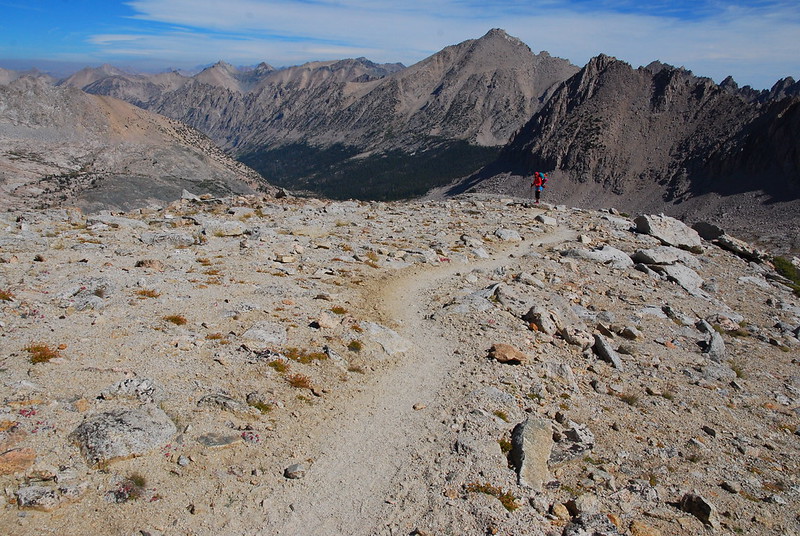 …if I ever stop taking so many pictures. 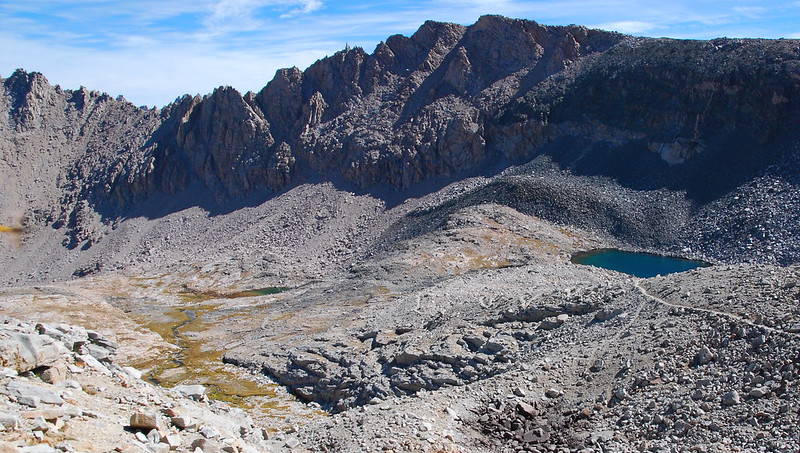 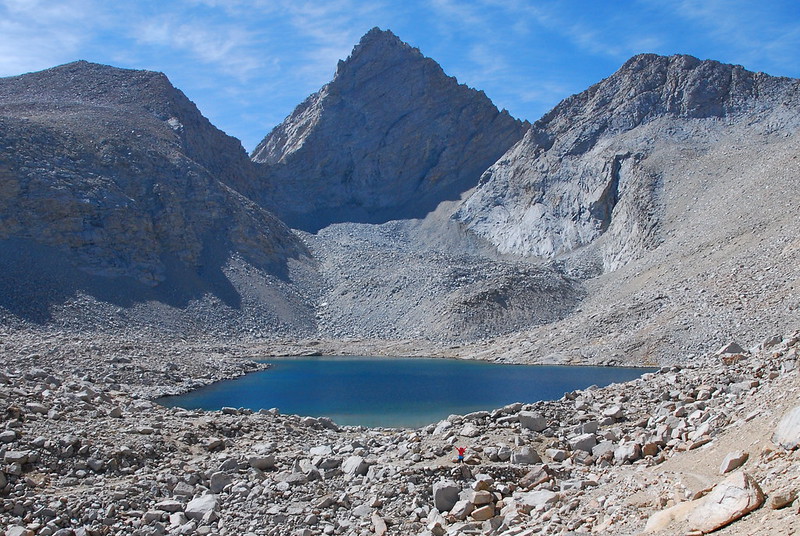 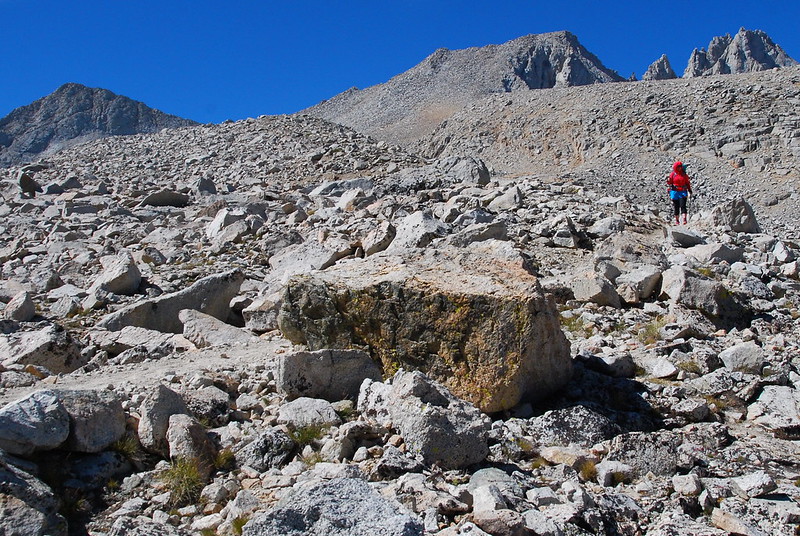 As we descend, we watch the smoke roll in from the north, over the distant peaks then down into Bubbs Creek then finally up to meet us. To surround us. Today’s the closest we’ll be to the fire – it’s just around eighteen miles away – but it will be like this for the foreseeable future: up to now, we’ve been largely protected from it by the Great Western Divide, but now that we’re in the Kings River drainage, there’s nothing to stop it from blowing up every morning. And it will, for at least the next week.

I try to think about something I read a few days ago in Yosemite: “the smoke is as much part of this landscape as the granite and water.” I repeat this to myself, over and over, as we walk down into it. This is what it means to be here. This is what it means to see this place. The smoke is part of this world. If I mean to be here, I mean to be in it, too.

I think of something Nietzsche said:

If we affirm one single moment, we thus affirm not only ourselves but all existence. For nothing is self-sufficient, neither in us ourselves nor in things; and if our soul has trembled with happiness and sounded like a harp string just once, all eternity was needed to produce this one event – and in this single moment of affirmation all eternity was called good, redeemed, justified, and affirmed.

Then I think of something John Muir said. Like everything with him, it’s better when allowed to breathe beyond the single line quote most people pull out:

The snow on the high mountains is melting fast, and the streams are singing bankfull, swaying softly through the level meadows and bogs, quivering with sun-spangles, swirling in pot-holes, resting in deep pools, leaping, shouting in wild, exulting energy over rough boulder dams, joyful, beautiful in all their forms. No Sierra landscape that I have seen holds anything truly dead or dull, or any trace of what in manufactories is called rubbish or waste; everything is perfectly clean and pure and full of divine lessons… When we try to pick out anything by itself, we find it hitched to everything else in the universe. One fancies a heart like our own must be beating in every crystal and cell, and we feel like stopping to speak to the plants and animals as friendly fellow-mountaineers.

This place is granite spires and clear pools and rushing waters. It’s majesty beyond imagining. But it’s smoke too, rolling over the hills and burning our eyes. To love this place is to love that too. Even if I have to try really, really hard to do it. 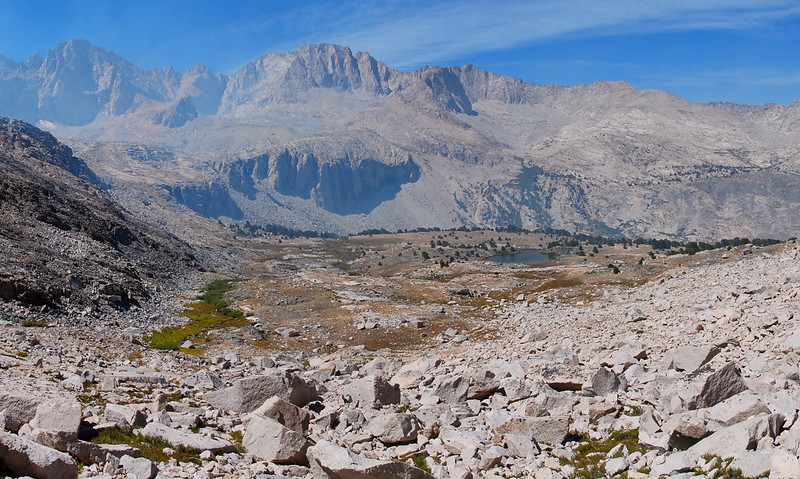 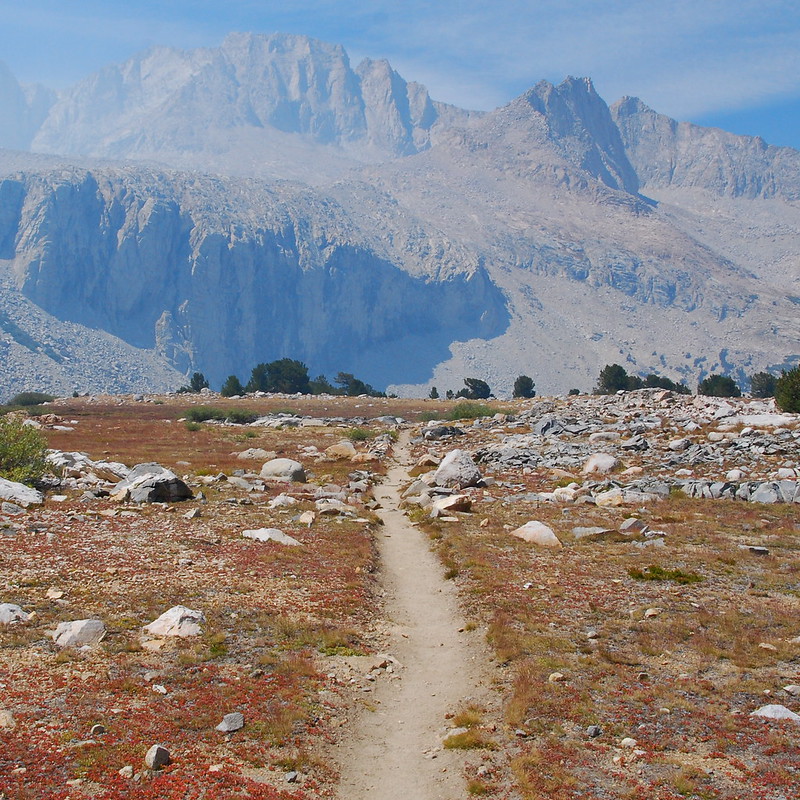 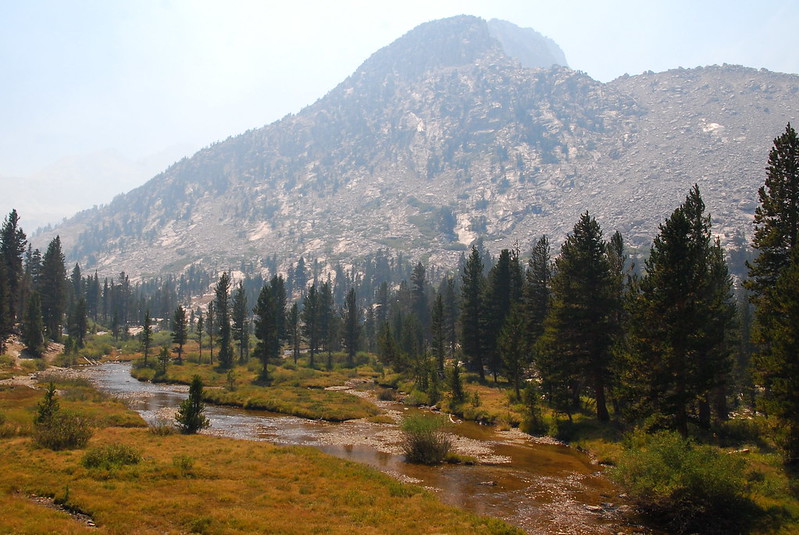 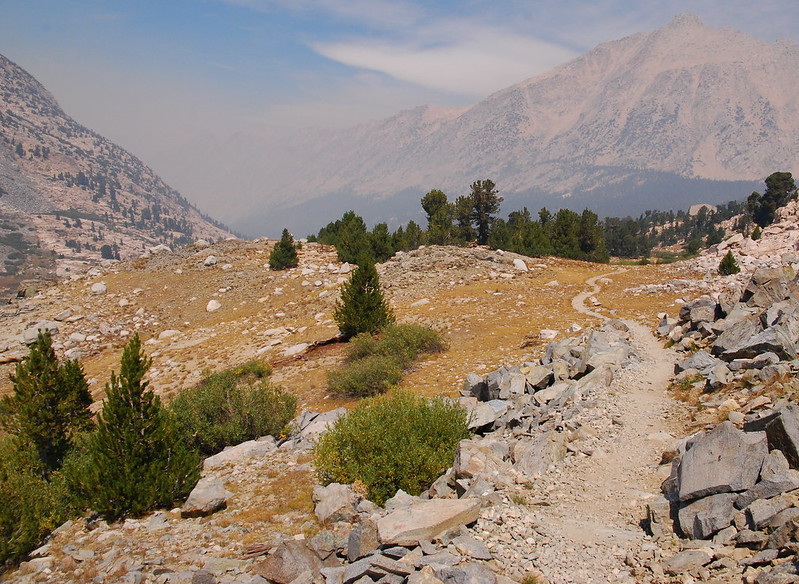 The trail along Bubbs Creek itself is sort of boring. I mean… it’s actually really pretty, and anywhere else it would be the highlight of a trip. But here it’s a good opportunity to put our heads down and cruise for a a few miles, down to Vidette Meadow. 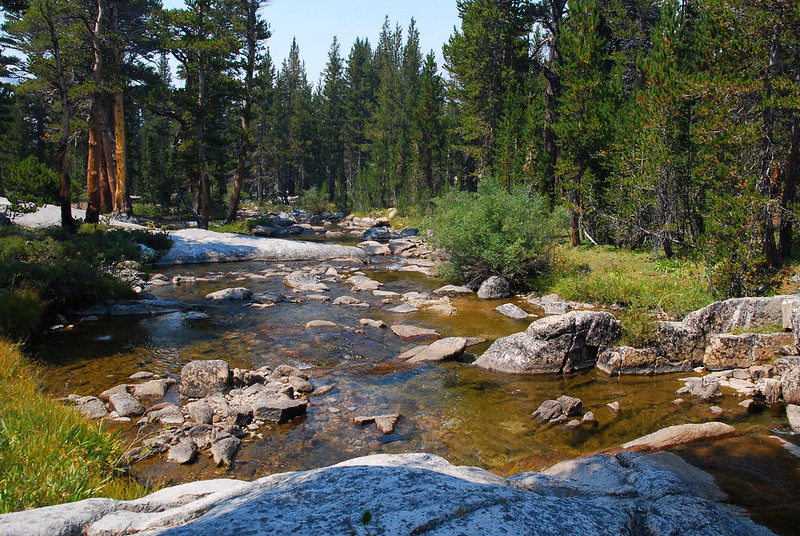 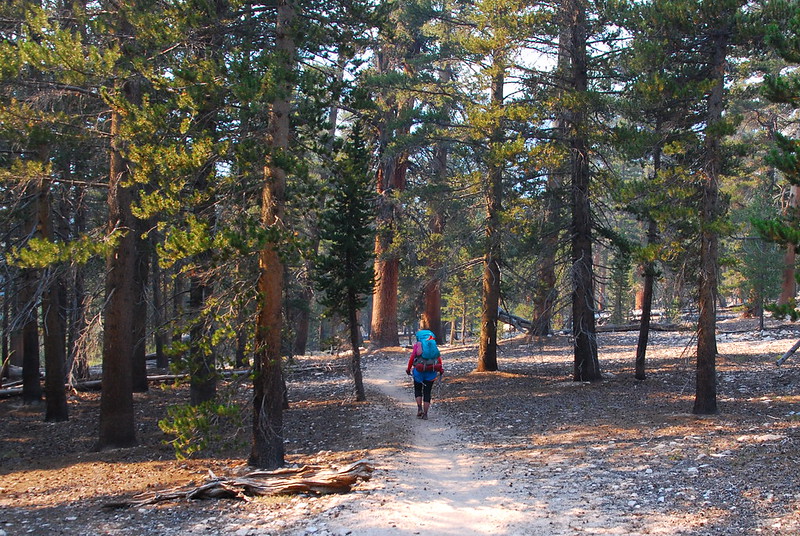 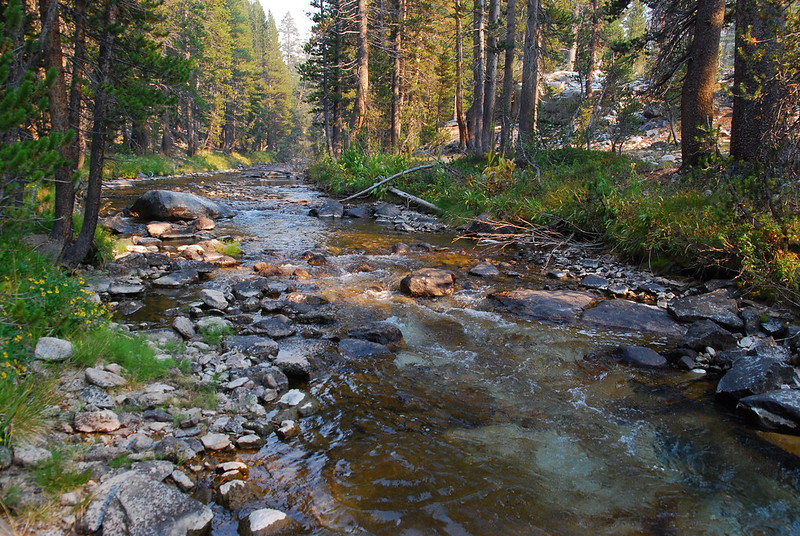 As we approach the meadow, I start to bonk – something about the smoke, or the plodding trail, or just… it’s been a long day. But then, out of nowhere, we’re in the middle of a wild conversation with this gnarled old guy. It’s the strangest thing: it’s like we’re picking up where we left off, but we’ve never met him before. We somehow get on the subject of his son, who lives in Portland and is apparently (also) married to a “sugar mama.” Krista and I tell him that we can relate. Then he looks a little embarrassed, and tells us that he’s on a “peak bagging” expedition to climb something or other. The embarrassment endears me to him for life, and as we’re walking away, I tell Krista that I want to be him when I grow up. She tells me that I already am him.

After Vidette, the trail climbs a thousand feet to get out of the Bubbs Creek drainage. As we ascend, the smoke begins to clear, and we see everything we’ve been missing. It’s beautiful. 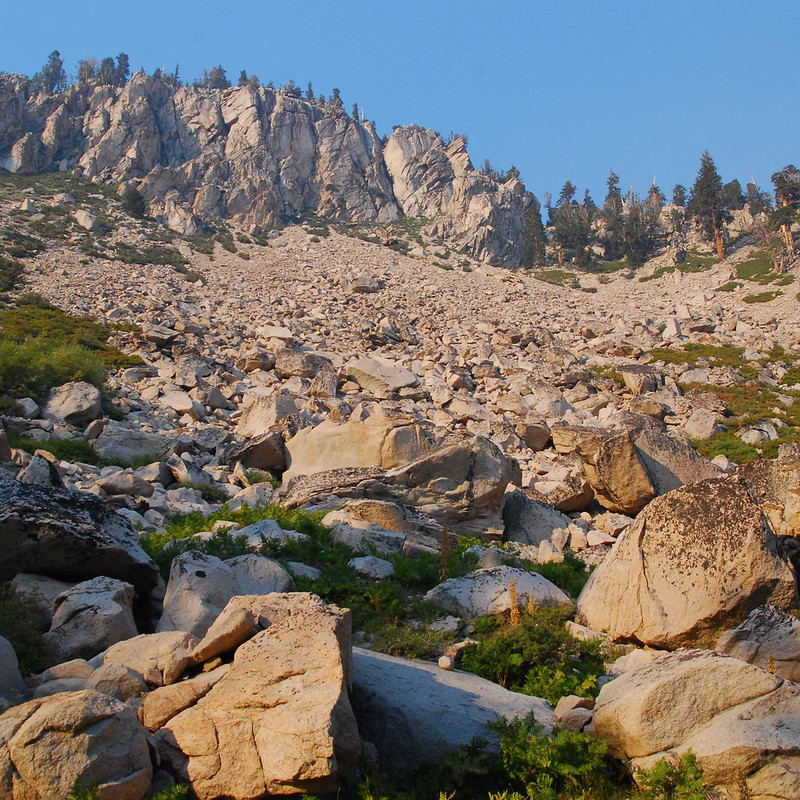 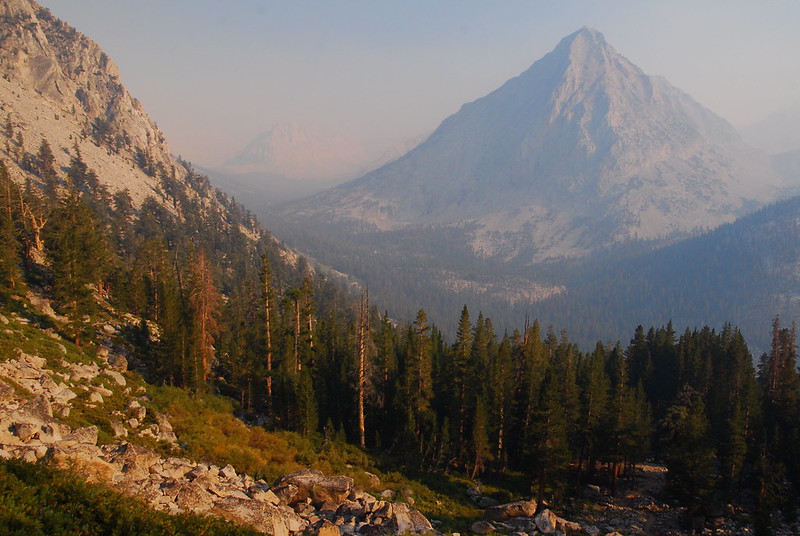 Near the end of the climb, we turn off the JMT for the first time in several days, heading east toward Independence. We’re immediately met by Lower Bullfrog Lake. 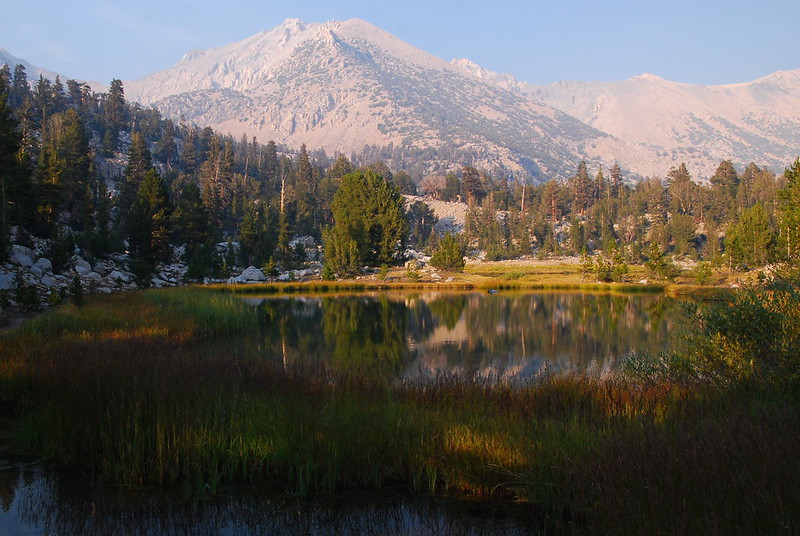 Camping is prohibited at Bullfrog Lake proper, so we limp a bit further, and luck into a spot maybe three-quarters of a mile later, on top of a small ridge just north of the trail. Perfect. 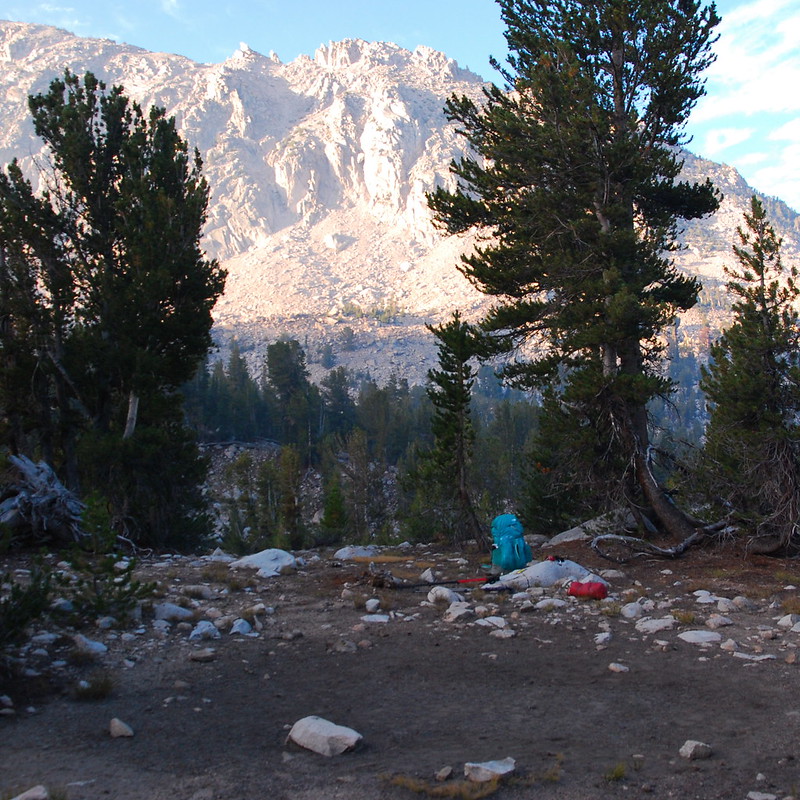 We make dinner as the sun sets, saving just a little water for the walk out tomorrow. Tomorrow’s a resupply day – our first. And I drift off to sleep, thinking about sofas and beds and chairs and televisions. I know that I must learn to love the smoke, because it’s inexorably intertwined with this place I can’t help loving. But there’s no learning necessary to love a sofa.