Today started with a massive descent to the Suiattle River: nine miles and thousands of feet downhill, first switchbacking through overgrown meadows wet with morning dew, then more gently through old growth forest along the river. 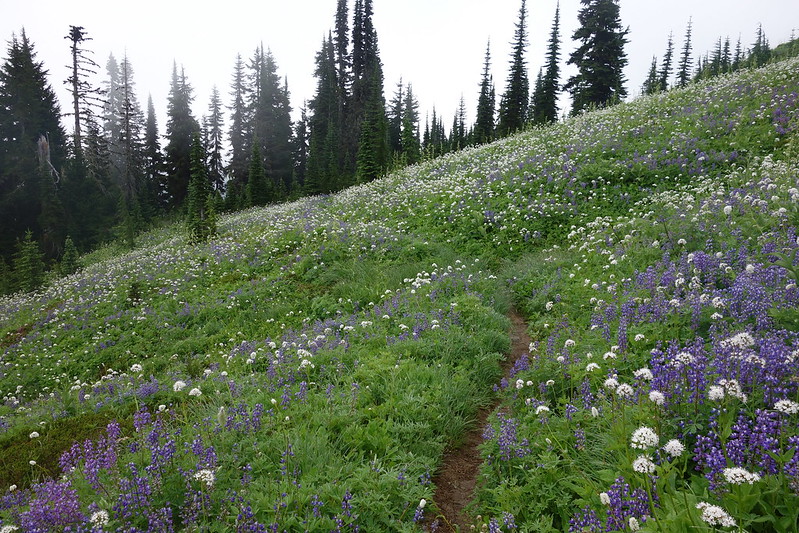 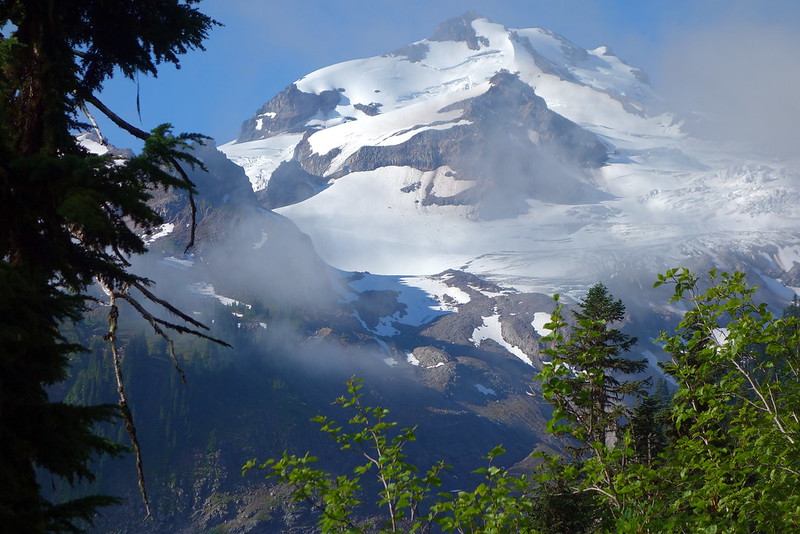 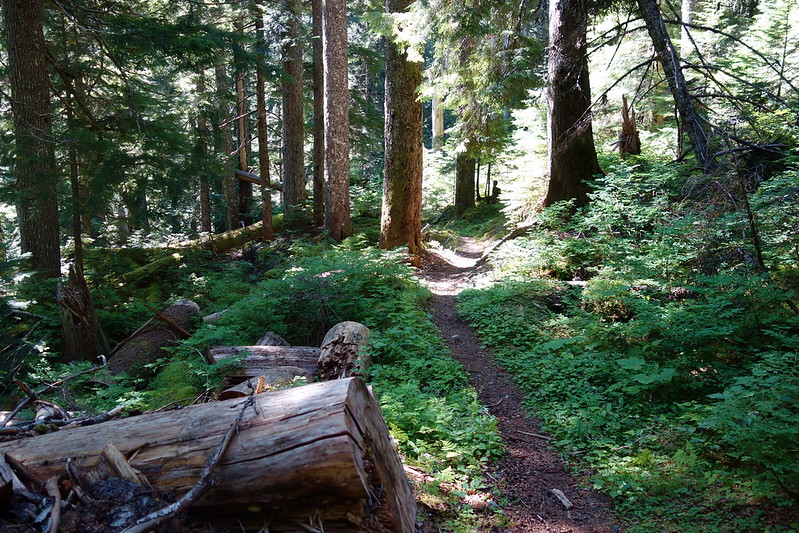 I stopped for breakfast along a small tributary stream—the Suiattle River’s way too silty to drink—then continued on through beautiful, deep, shady old growth.

The trail here used to cross higher up, but it got washed out a few years ago, and there’s now a five mile reroute to a big new bridge lower down. But the walking’s easy and the trail’s posh. The area around Milk Creek is so remote that it gets very little traffic beyond PCT hikers, and the trail quality is commensurately poor. But there’s apparently a popular lateral trail somewhere near here, and the tread through the woods was like paradise.

Without really noticing it, I’ve gotten sort of fast—reliably three miles an hour on the flats and ups, and a bit faster on the downs—and I spent a pleasant, easy morning walking west to the lower river crossing, then east, back up the other side, to Miners Creek. 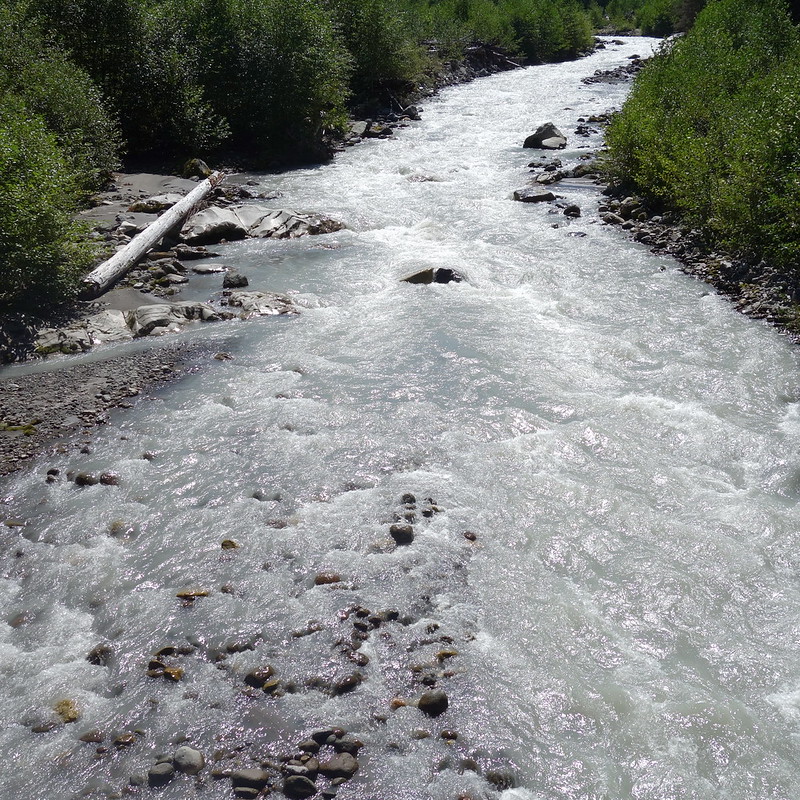 I stopped at Miners Creek for a snack, and to soak my feet before the long climb up to Suiattle Pass. As I sat there eating peanuts and M&Ms and thinking about ice cream, a long train of horses crossed a few feet downstream, struggling with heavy loads through the rocky water. The men guiding them—two gruff, square-shaped guys about my age, each decked out in several different sorts of camo—seemed utterly unconcerned. It hurt to see. I guess I identify much more with the walking horses than the sitting men. 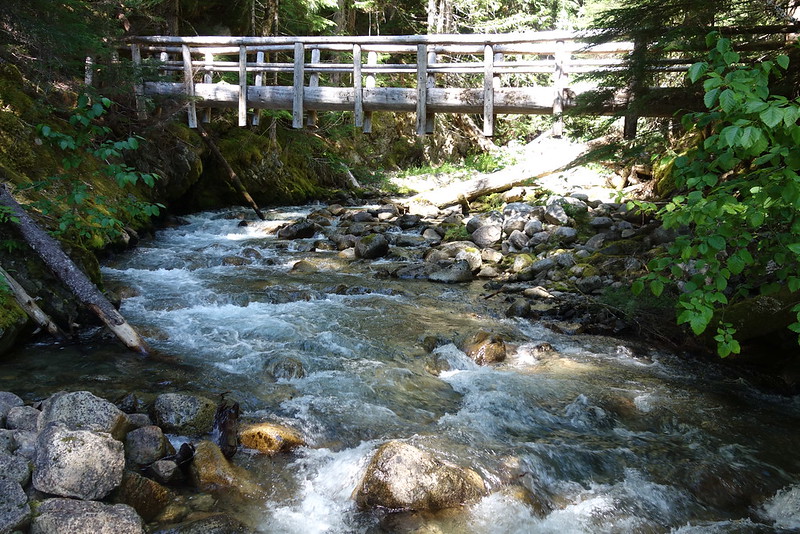 The climb ended up not being too bad. It felt like the gorge: consistently up, but up on easy trail, through beautiful, cool woods, with dozens of streams helping to pass the time. I leap frogged for a bit with a proper PCTer, a young guy from Dorset so excited to meet his family and girlfriend in Canada that it was basically all he talked about.

It made me think about my finish, in just a few days: about Krista pulling up on the side of the highway in our little Honda; about going back to some hotel to shower; about spending the rest of the summer with her, taking adventures close to home; about home. On the JMT last year, I felt like I could have just kept going forever. I didn’t realize then what’s obvious now: that I only felt that way because Krista was there too, that forever’s a lot longer when you’re alone. 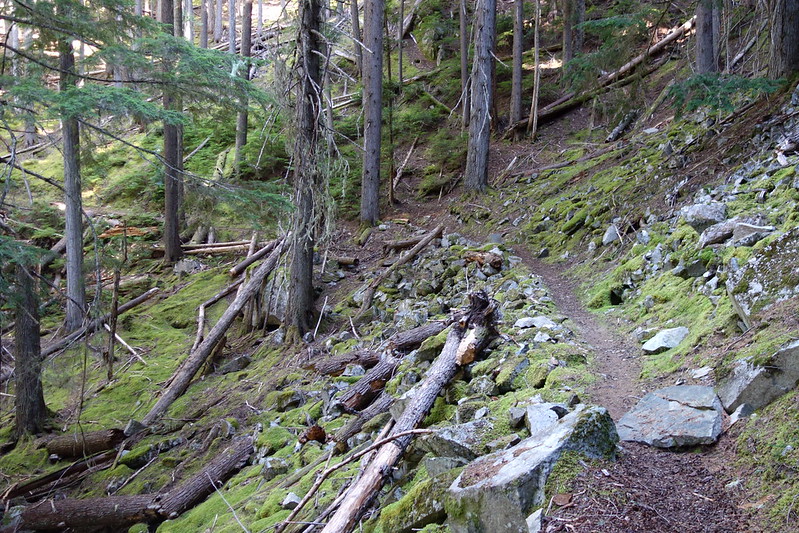 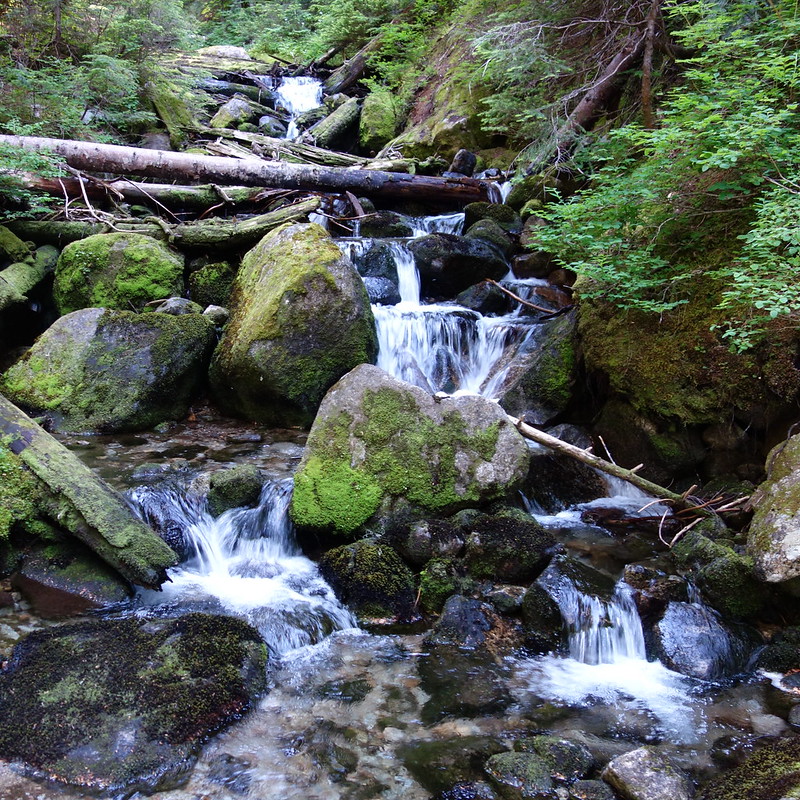 After so many difficult climbs over the last few days, Suiattle Pass was pleasantly anticlimactic: just a couple switchbacks through the forest. Before I knew it, I was descending down to the South Fork of Agnes Creek, setting up camp near the headwaters, and eating dinner between the budding, babbling forks. 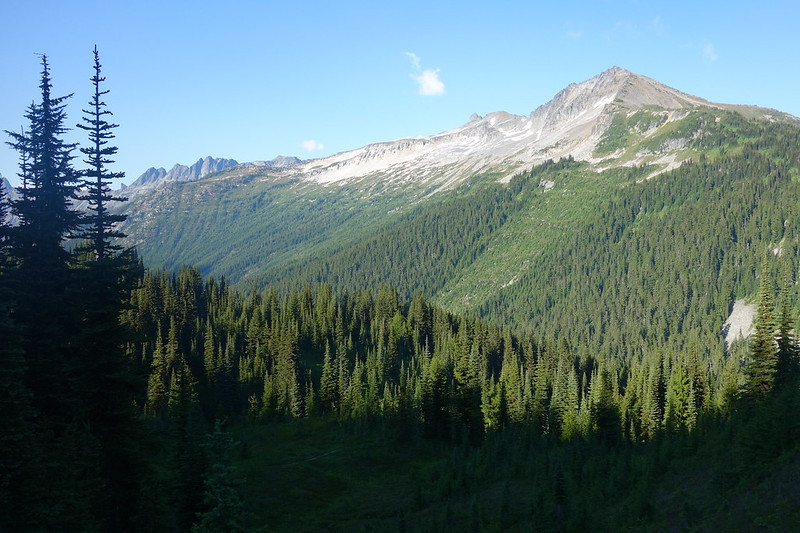