I woke up this morning to raindrops, but it was just a few—just enough to wet down the dust—then back to sunny skies as I hurriedly packed up, ready for town. The five miles to Stehekin passed quickly, though mellow forest into the National Park. 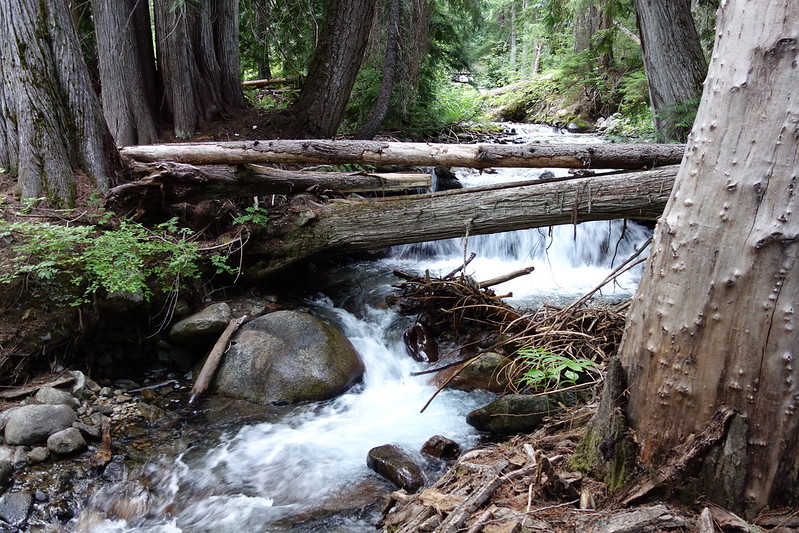 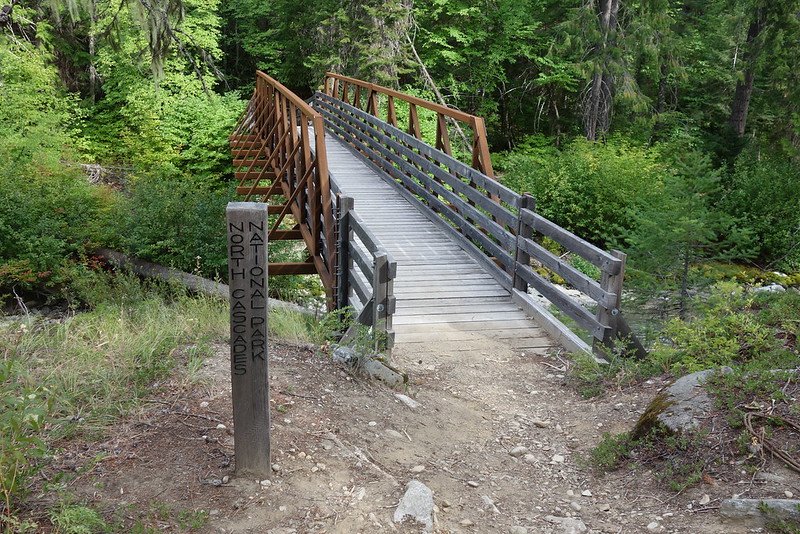 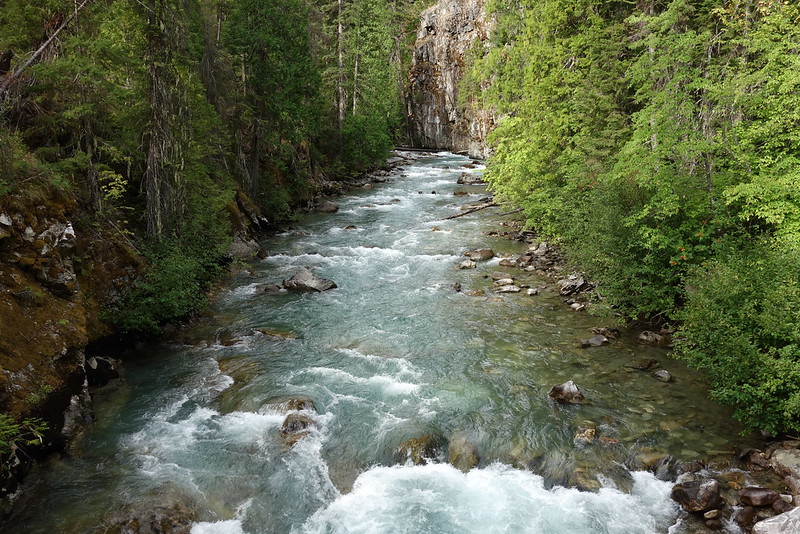 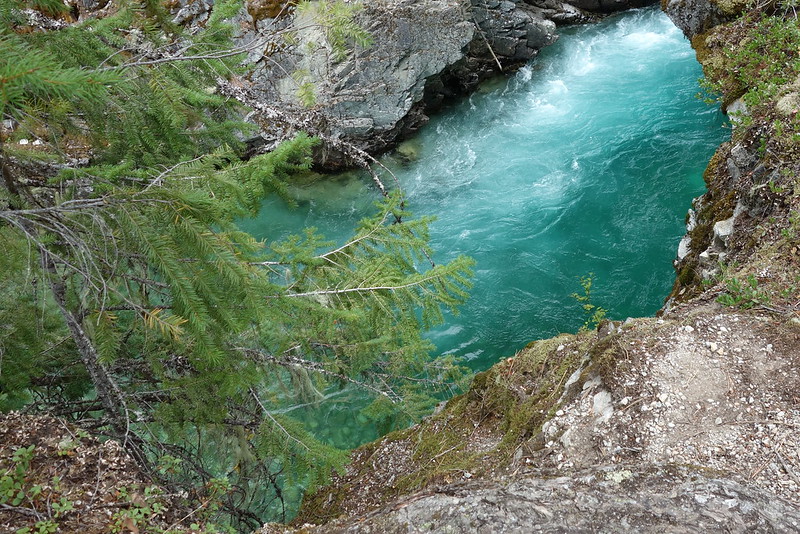 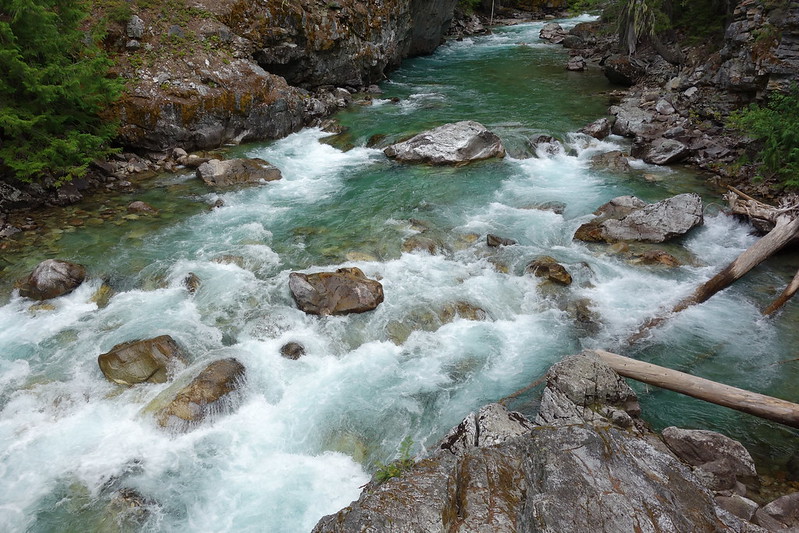 I made it to the High Bridge Ranger Station, where the bus comes to take hikers to Stehekin, much earlier than I’d meant to, and had a few hours to hang out, making breakfast and chatting with hikers as they trickled in. 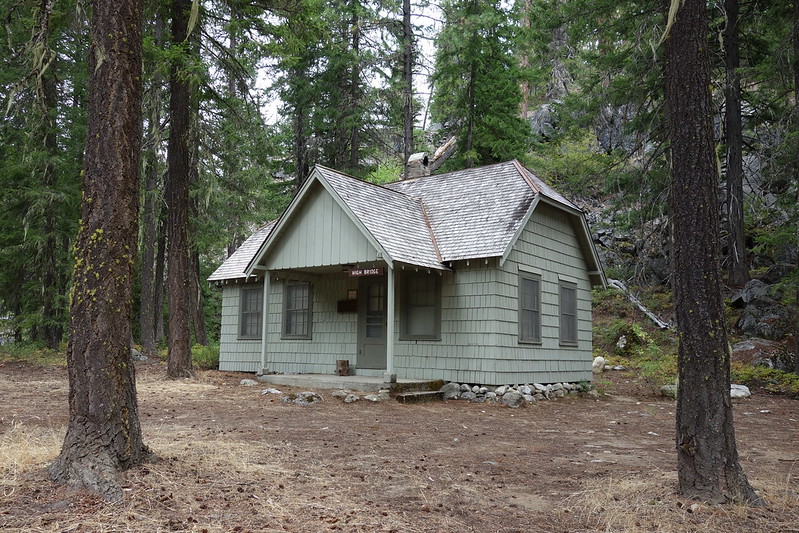 The bus came around noon, and we all poured on—all hikers except for a family, two parents and a teenaged daughter out for the day. I sat down across the way, and apologized about any possible smells. “I can’t smell myself, but I’m sure I’ve grown impervious to some pretty terrible things over the last few weeks.” The mother smiled, “This is all so cool.” So did the daughter: “I want to do something like that someday.” The dad was inscrutable until he put his arm around the girl, and smiled too. “You should.” 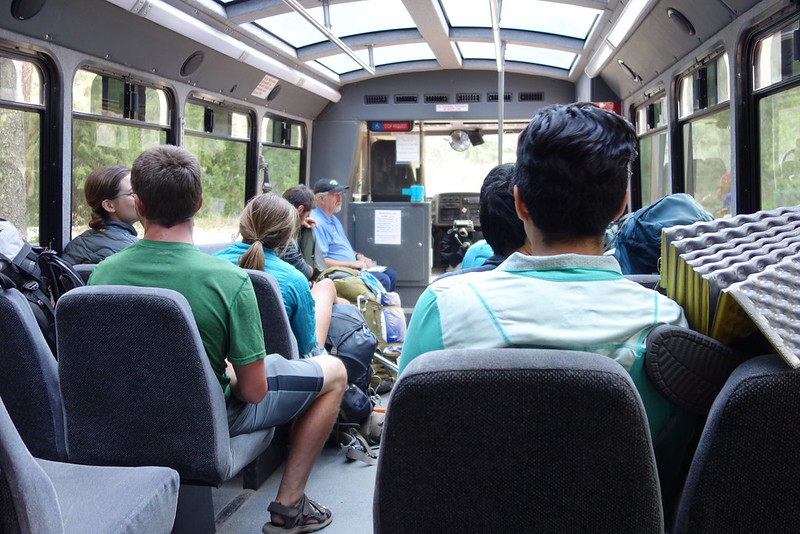 The bus bounded down a rocky road—one of the only real roads in town—along the Stehekin River, past old farms and ranches and cars with no license plates. We stopped at the bakery and all jumped off to buy several thousand calories each worth of pizza and cake and pastries and coffee. I’m pretty sure I saw someone cry out of happiness.

Heather was sitting there, in front of a giant plate filled with chocolate chip cookies and an industrial sized vat of milk, staring. I said hello. “Hey.” She looked up, a little embarrassed. “Hey. Sorry for bumming out on you the other day.”

“You weren’t a bummer at all! And even if you were, we’re all bummers sometimes.”

“I know, I just… this whole trip I’ve been in the middle of this amazing scenery, in these amazing places people give up so much to see, and all I can think about is wanting it to be over.”

I nodded, trying to understand, but only sort of succeeding.

“Hey, do you want a cookie? I bought a dozen.” There were four left on her plate, each half the size of a dinner plate.

“Shut up. No. And dip it in the milk.” She paused and looked down. “I used to have these when I was a kid. You know, like, my mom would have it ready when I got home from school.”

“I don’t think I could have eaten a whole one of these when I was a kid.”

Heather laughed. “Well, everything was smaller.” She paused and looked wistfully out the window. “Sooooo… so I’m dropping out at Rainy Pass. I just don’t feel it.” Another pause. She inhaled deeply, like someone taking a drag. “Maybe I’ll feel it when I get home.”

Then the bus was leaving, so we said a hurried goodbye. I told her I missed home, too. I do.

It was a few more bumpy miles into “town”—a short row of buildings along the northern tip of Lake Chelan: a Post Office the size of a studio apartment; a two room restaurant; a tiny store; an inn with a couple dozen rooms; and the most beautiful Ranger Station I’ve ever seen. We got in, poured off, and I ran around for a while doing errands—getting one of the last rooms at the inn, a North Cascades permit at the Ranger Station, and a resupply Krista sent to the Post Office—before settling in to do laundry at the outdoor laundromat.

There were a bunch of other hikers there, queued up to use the only washing machine, and we made an afternoon of it, drinking beer and trading food, feeling feral. A storm rolled in over the lake and we jumbled under the overhang, but it didn’t last long, and we sat around the shambling table until late afternoon, watching the sky go from blue to purple and back again. 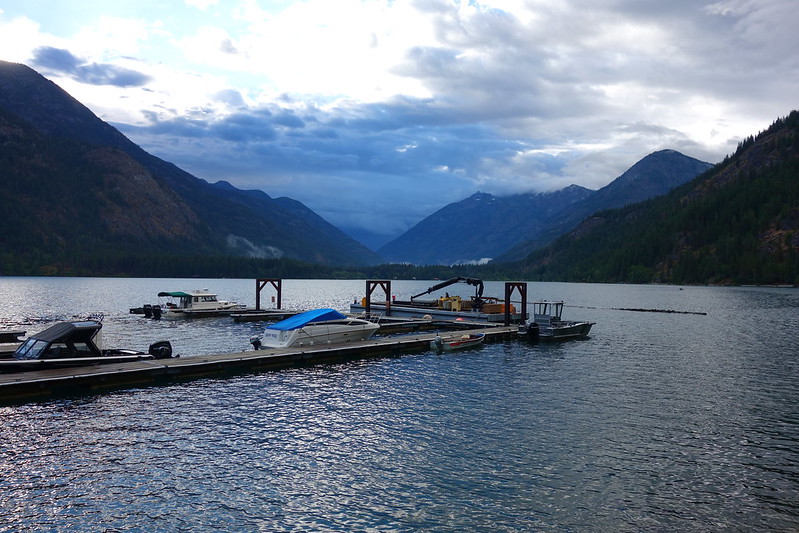 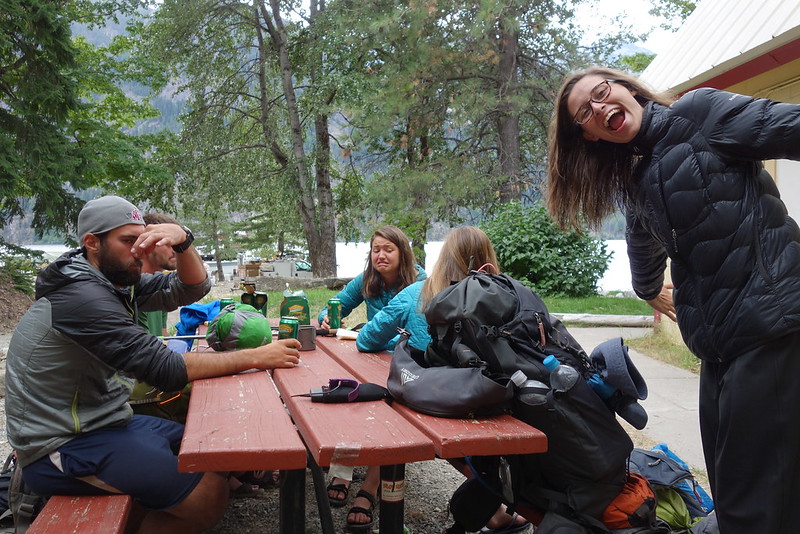 Eventually it started to rain again, harder and more persistently, so we all ran to our rooms to shower, then to the restaurant, to eat burgers and ice cream, laughing like kids at someone’s sixth birthday party. I thought of those trail workers in Indian Heaven on my second day, three weeks ago now. “Like when we were kids.”