I woke up late this morning, made breakfast with hot water from the coffee maker in my room, then rambled around town for a while, killing time until the noon shuttle. 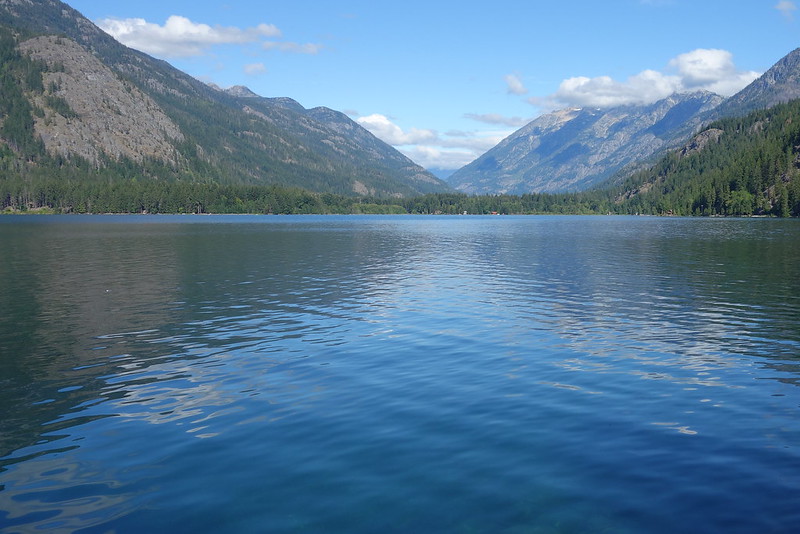 The shuttle was full of day trippers, heading up to High Bridge to take short strolls up Agnes Gorge or along the PCT to Coon Lake. But we stopped at the bakery all the same, and I jumped off again to buy a few thousand last minute calories.

There were also a couple hikers: a wonderful woman—Bar None—who was apparently given her trail name after growing violently unhappy with the bullshit bars everyone ends up eating out here; and this hilarious dude—Spray—who got his trail name after what sounded like a very unfortunate wind-related bathroom incident. We talked happily in the back of the bus, up the bumpy road, eating puff pastry filled with pesto and mushrooms and magic.

The trail north of High Bridge was weirdly rough—dusty, hot, and buggy—and I felt clumsy and slow. I got passed by a jaunty octogenarian with a bright orange fanny pack. Maybe something to do with the birthday party last night? But eventually I made it past Coon Lake to Bridge Creek, and turned off the PCT for the first time in four hundred miles, to follow the Stehekin River to Park Creek. 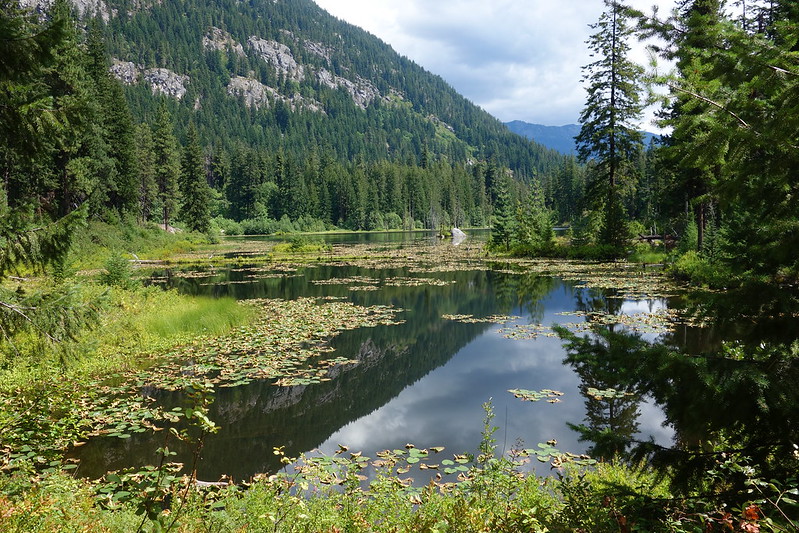 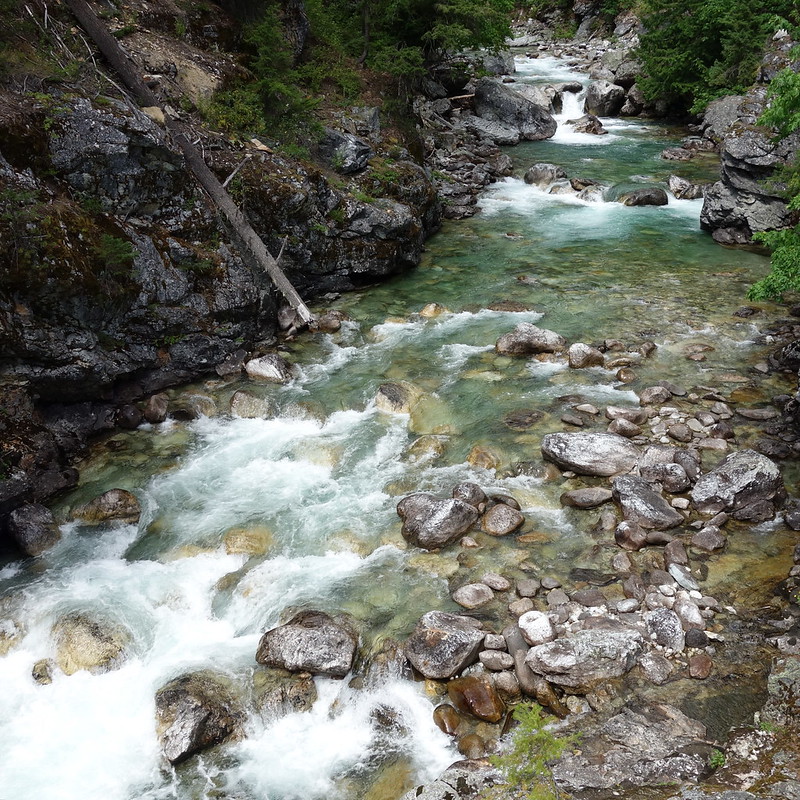 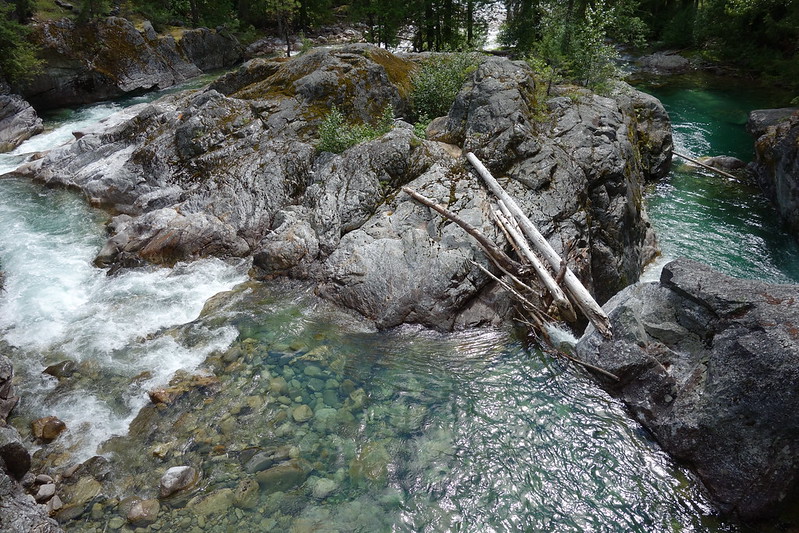 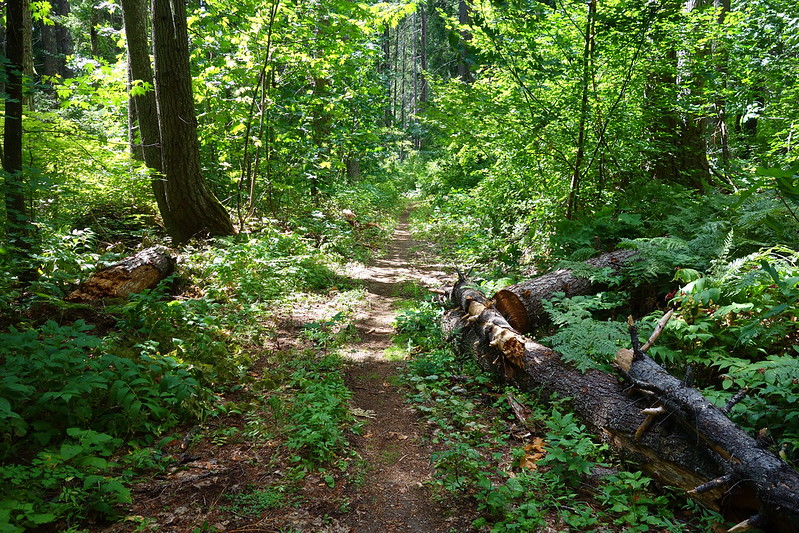 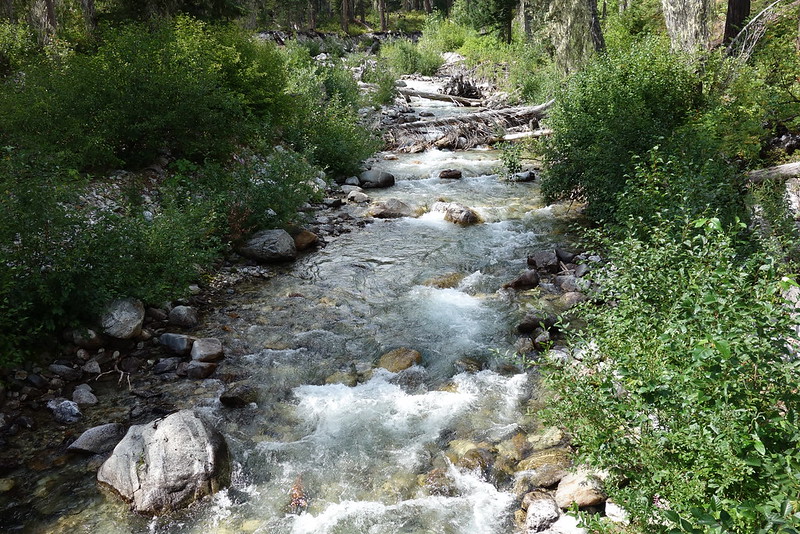 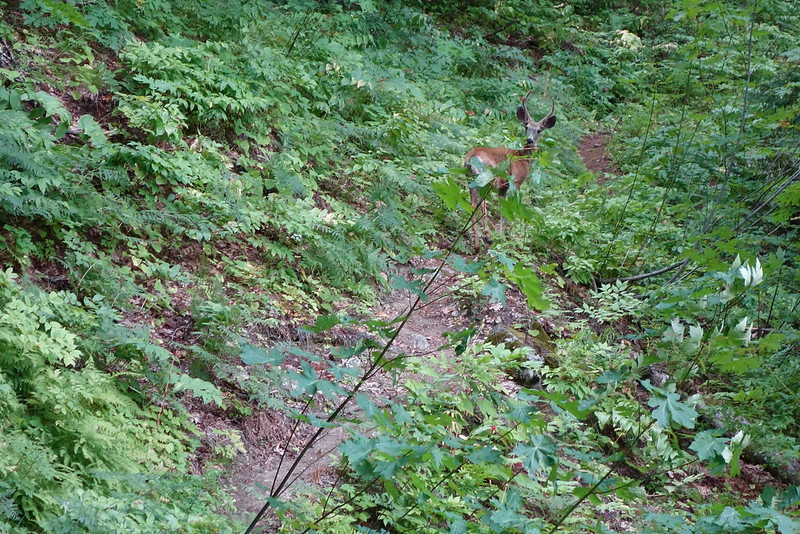 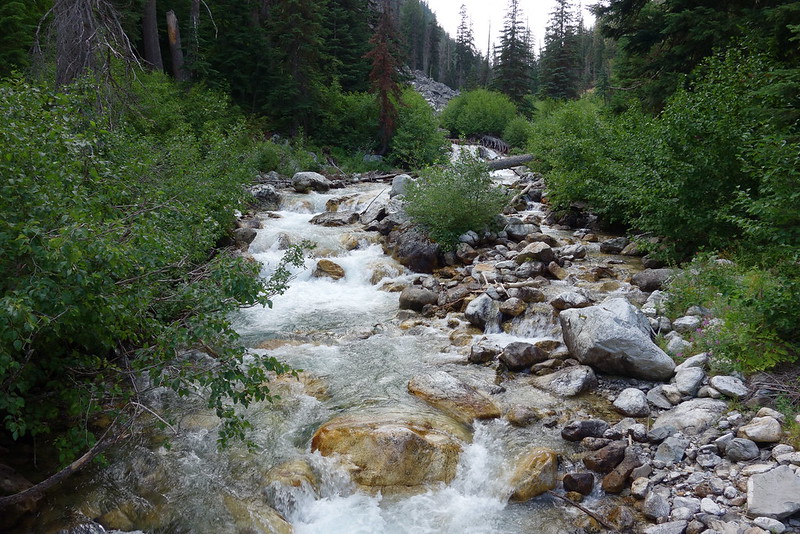 Camp tonight’s a beautiful old site a couple miles up Park Creek, with a bear wire and a half dozen massive stumps to sit on. It was only early afternoon when I got here, so I spent a few hours sitting by the creek, reading an old book about the PCT I found in the hiker box in Stehekin. 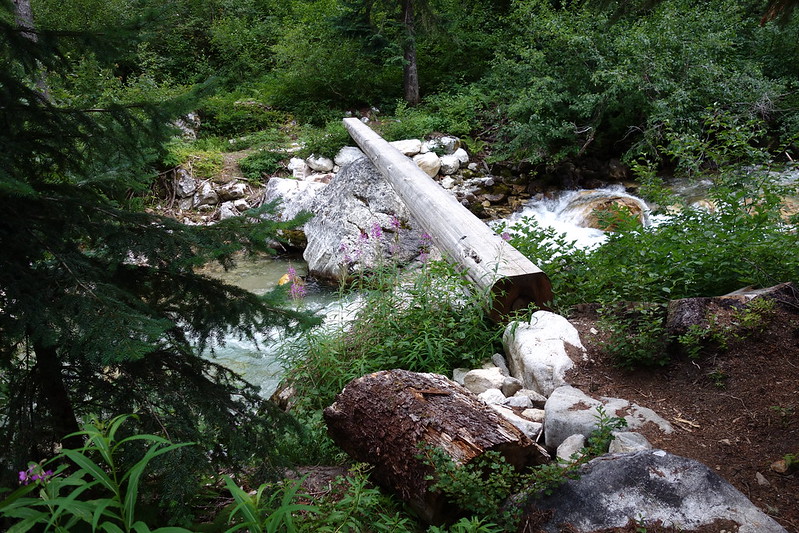 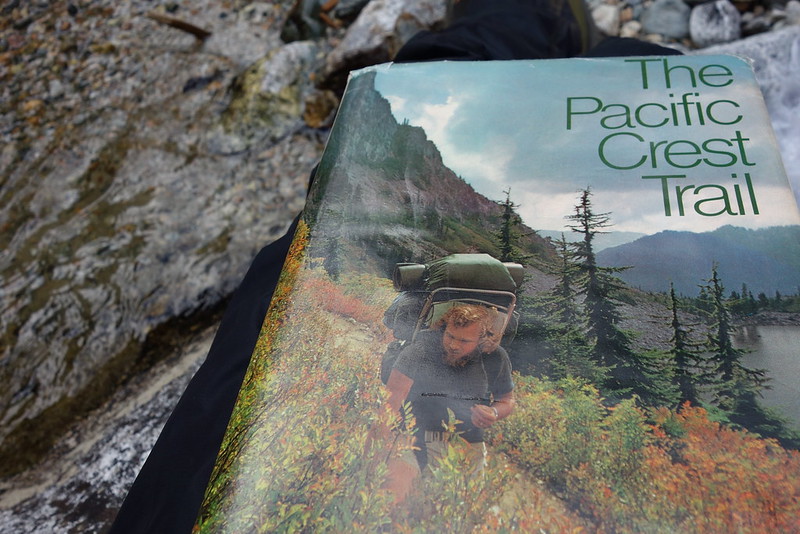 Making dinner and everything tonight, I started to feel a pang of sadness, a pang of the end. It’s my second to last night: the second to last time setting up the tent, fussing with food and filtering water. That makes it all seem impossibly dear, even—or maybe especially—the stuff that’s become sort of blah over the last few weeks. Funny how that happens. 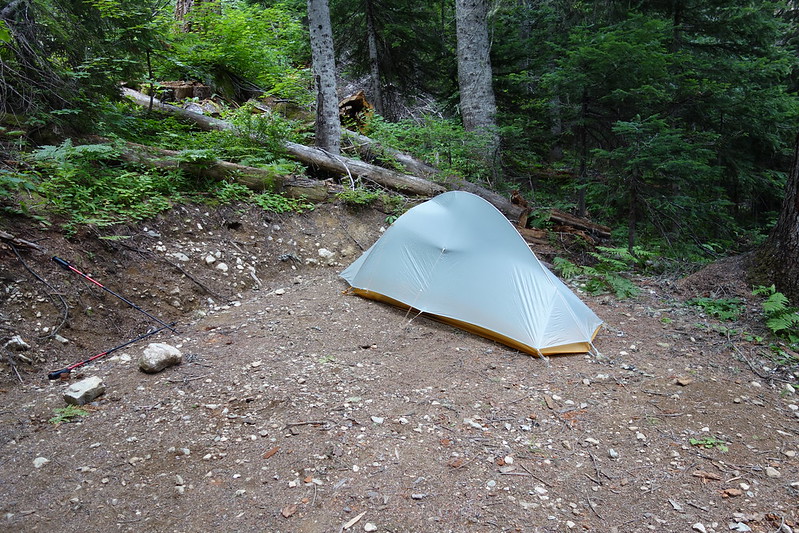 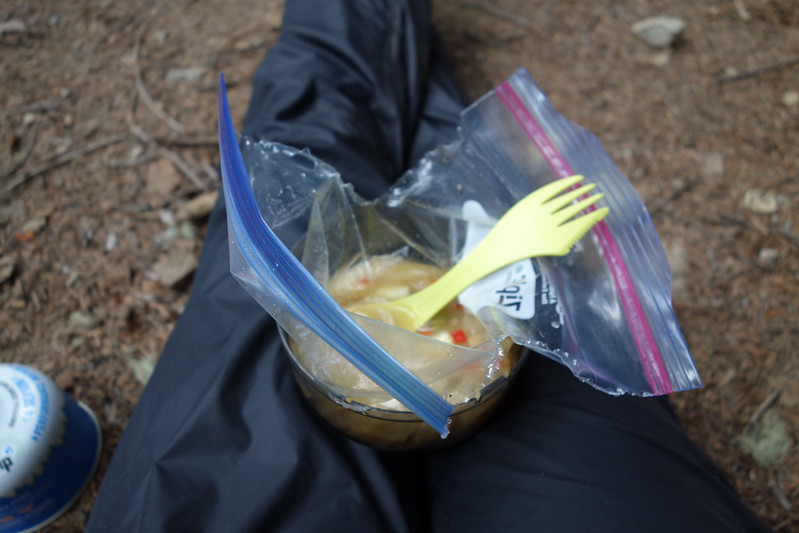