There’s this story I love about Thomas Jefferson: For all his adult life, dude kept charts of the first seasonal appearances of various fruits and vegetables in the market. He apparently started some time around 1765, the year his sister died, and continued for decades afterward: the year the family home burned and he lost his first library; the year he inherited 135 slaves; the year he married, and through the decade that followed—through the deaths of four children and then of his wife. Through the year when he was struck so hard by her loss that he could do nothing but pace for weeks. He watched for asparagus and raspberries the year he wrote the Declaration, and marked early Sorrel the year Richmond was burned. And he continued marking cucumber and carrots, corn and tomatoes through his eight years as president. The Library of Congress still has some of the charts. 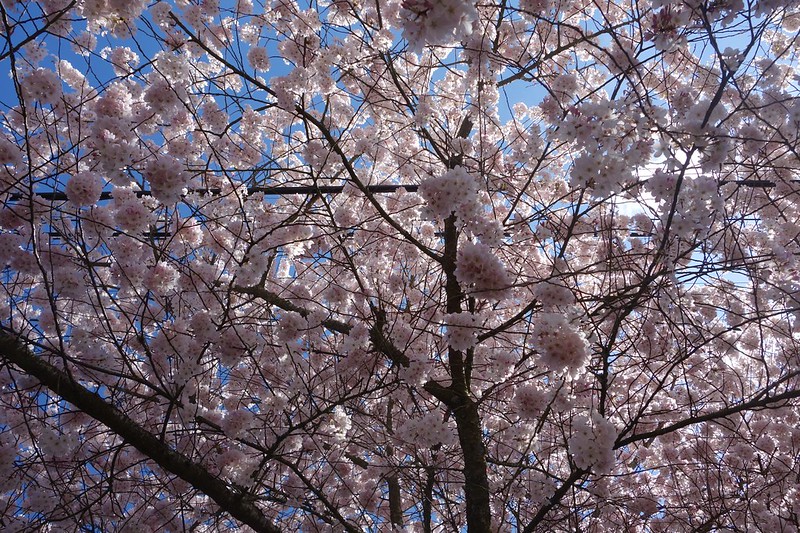 I’ve been thinking about that a lot this week, watching the world close and the newly opened cherry blossoms wave in early spring wind. 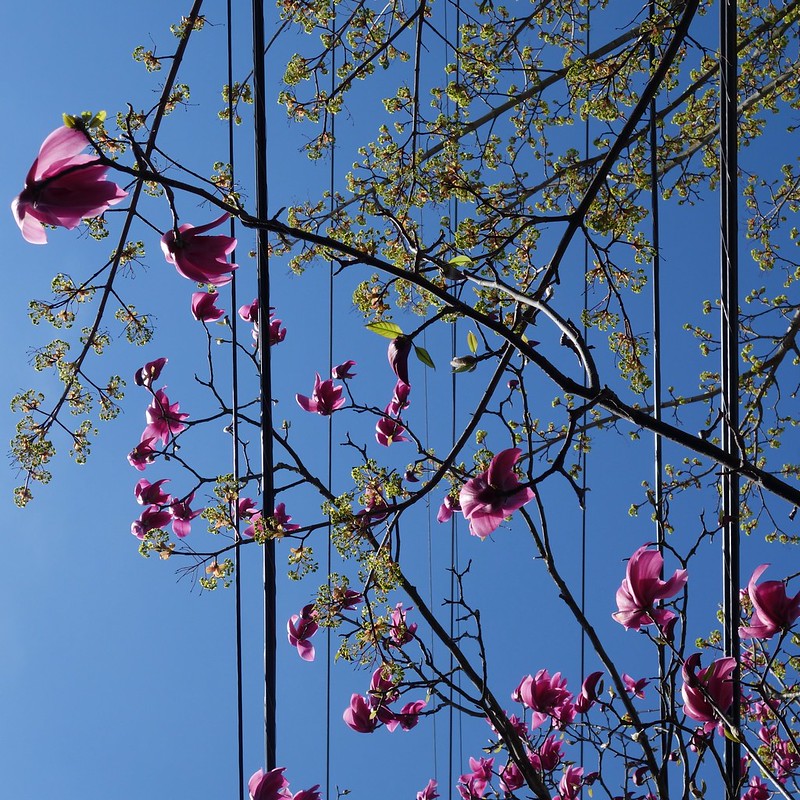 I’m scared—everyone’s scared—but the blossoms have come all the same. The first wildflowers are starting to bloom in the eastern Gorge and are already on their annual journeys west. Maybe no one will be there to see them this year, but we can know it all the same: know that the fields of bistort and balsamroot will shine bright in buzzing bloom a thousand feet above the river; know that, higher, avalanche and glacier lilies will poke through melting snow, then give way to whole hillsides of lupine and paintbrush. Know that all this will happen, just as it always has. Know that it’ll all be there for us to see when, someday, this is over. 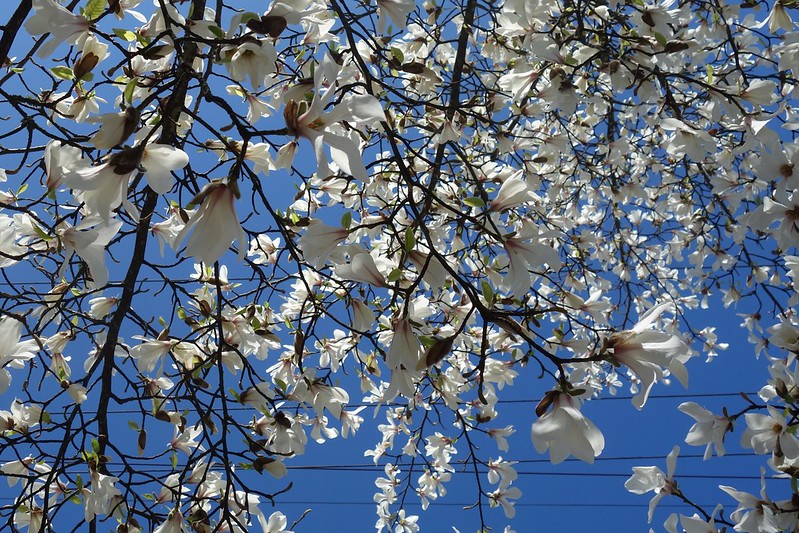 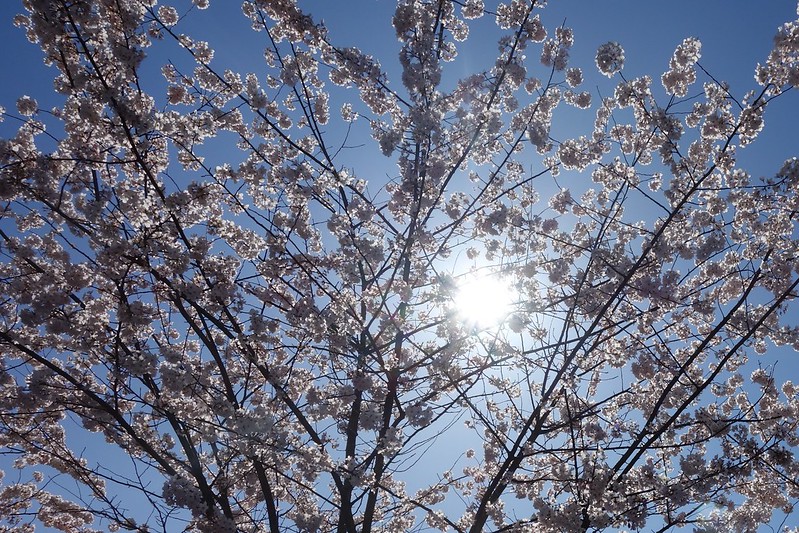 It’s been unseasonably warm this week, and the park across from our apartment’s been full of families, sitting in the grass because there’s nowhere else to go.

I walk down Division, taking pictures of the blooming trees and the signs in windows announcing temporary closures. Someone’s gone up and down, covering the sidewalks with chalk encouragements.

The comic book store on 14th’s closed, but they’ve left a table out front with a dozen rolls of toilet paper free for whoever needs them. Beneath is a bin full of comic books for kids. Superman saves the world. 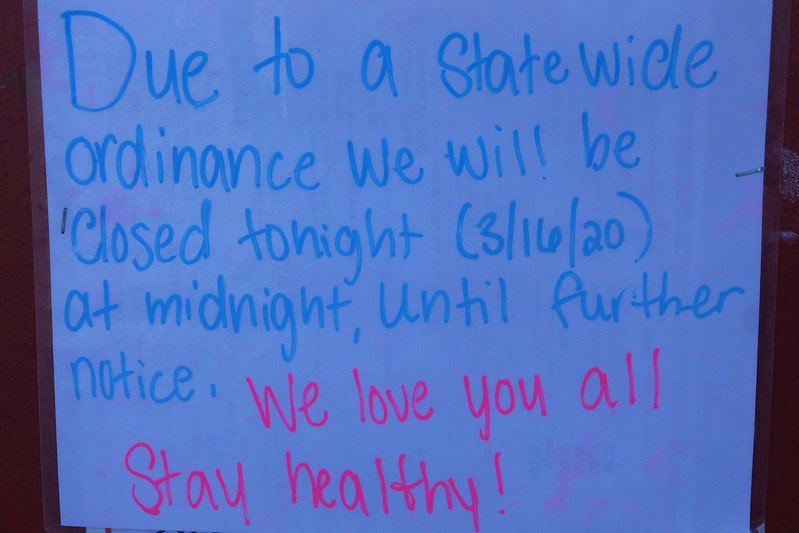 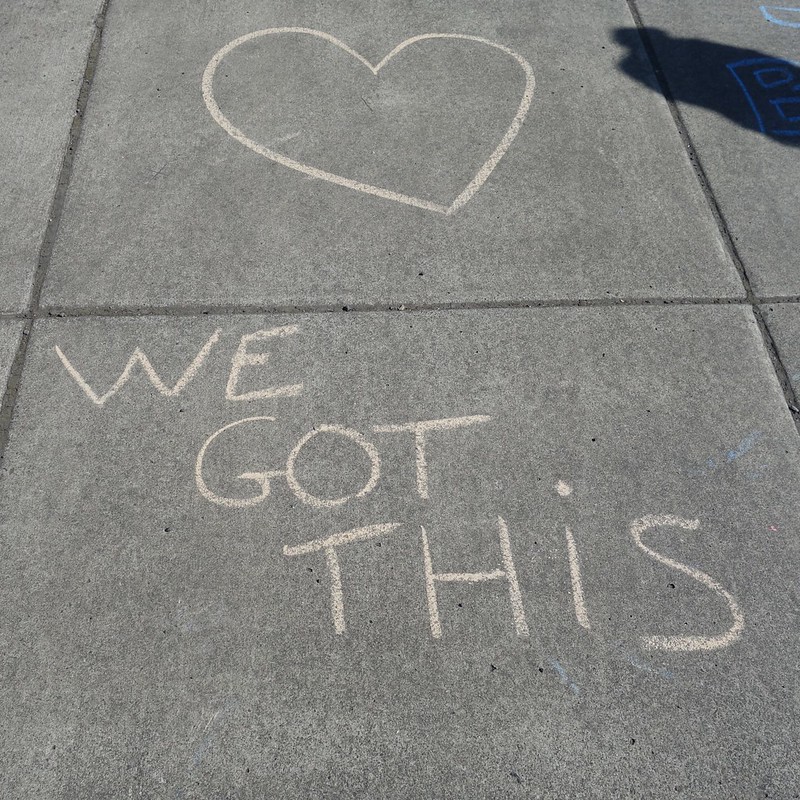 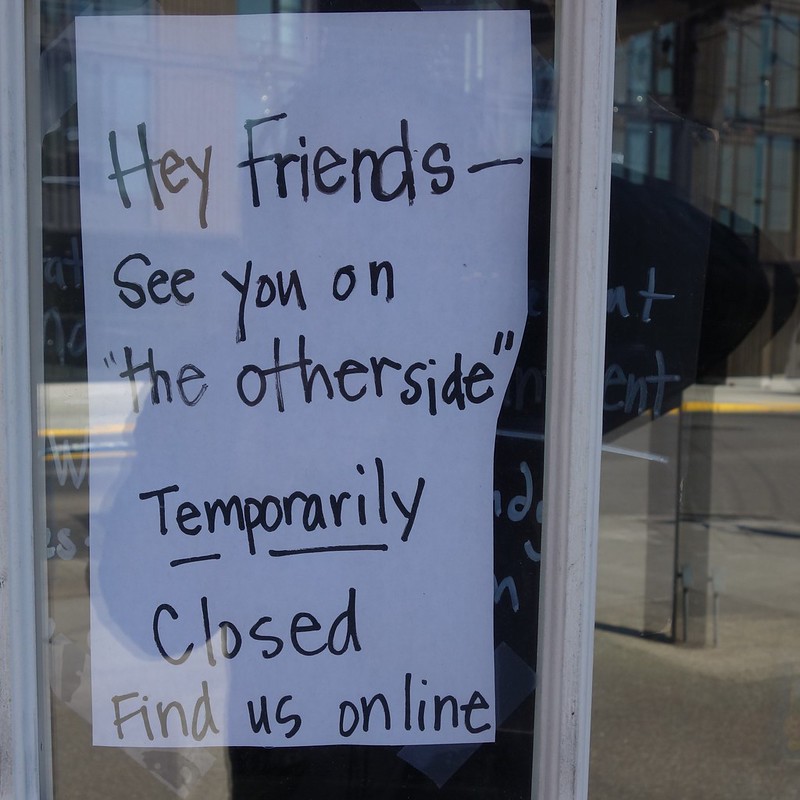 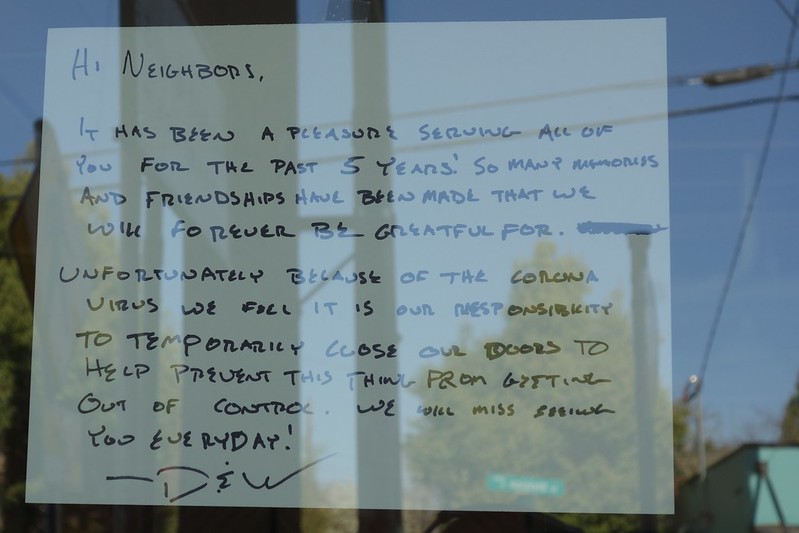 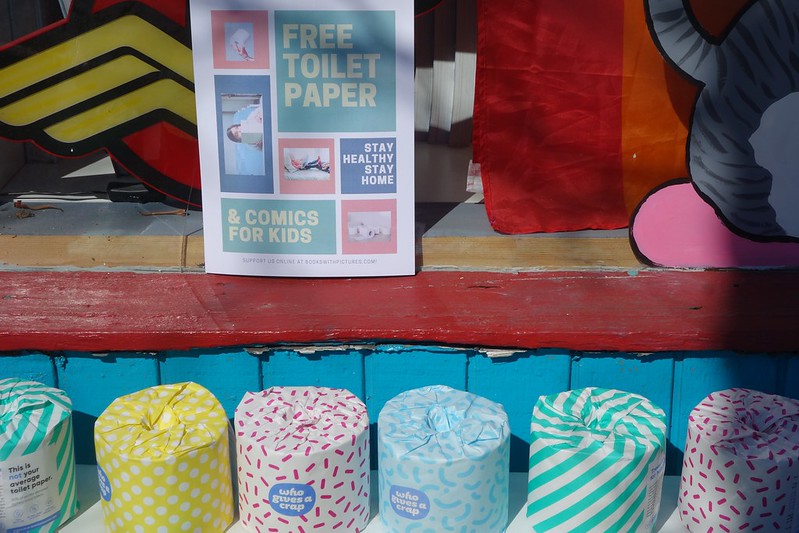 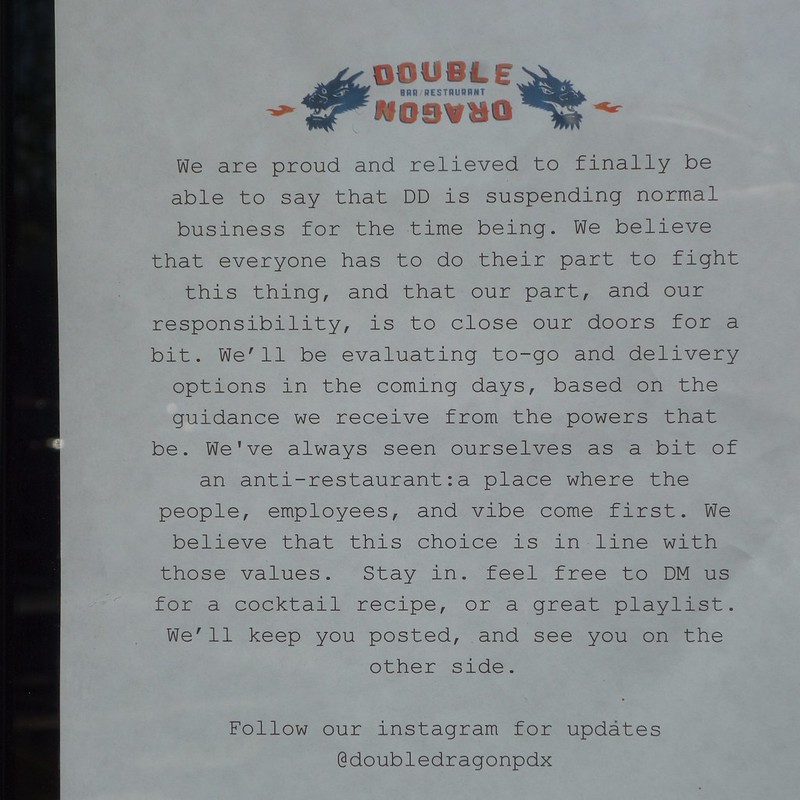 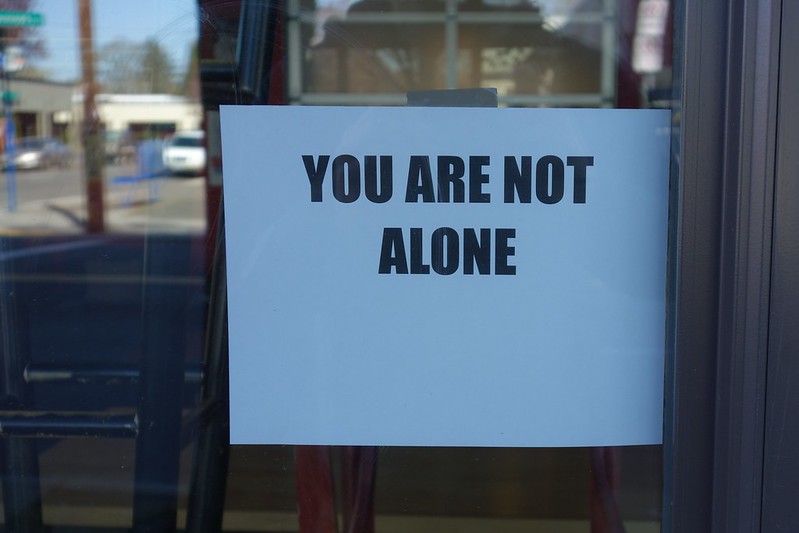 At the end of a long loop, I end up in Laurelhurst Park. The daffodils are blooming. I’ve never noticed before how many daffodils there are in our neighborhood, or how lovely they are.